As I wrote my You Are Not Your Own series over the past few months, one of the most frequent response I got was, “[Insert thing that is not a Christian dating book here] does this too!” This is true. Rape culture, benevolent sexism, dehumanization, etc. come from sources, often even from sources that aren’t explicitly Christian.

Because my series was based on a research project I did, it was very focused on one specific thing, and that one specific thing was Christian dating books. This is why I did not mention other sources. I’m not out to get Christians (though I am extra hard on Christians because I still identify as one). But their dating books were, in fact, the subject of my research. Not romantic comedies. Not Sex in the City. Not Glamour or Cosmo.

Trust me, though, you don’t have to look very far to find this stuff elsewhere. In fact, I came home from work today and saw a piece from the Huffington Post that could very well have been written by Mark Driscoll.

The post is called “Three Common Mistakes Women Make in the Bedroom.” I hesitate to link to it–in fact, I won’t. Google it if you must read the whole thing–or even respond to it. But it fell so perfectly in line with one of the themes I’ve been discussing in my series on Christian dating books that I wanted to say something.

There are several problems with the article. It assumes all women are sleeping with men, it tells women that their comfortable pajamas are a turn off (seriously? Is anyone telling straight dudes they can’t wear t-shirts and boxers to bed?), etc. Similar issues and demands of women are made in books like Real Marriage or Dateable: Same gender couples don’t exist. Women, you must always have men in mind when deciding what to wear.

I wanted to focus mainly on the third “common mistake” that this article claims women make. This is the point that really brought my mind back to the research I did on Christian dating books. Here’s what this part of the article says:

It’s to be avoided at all costs. Nothing will turn off your partner faster than you telling him what you don’t like and what you don’t want taking place. On the other hand, what will be a complete arousal and turn-on is letting him know what he can do to please you and what will excite you if he does it.

This reminded me so much of the third finding in my research of Christian dating books: “They ignore the importance of consent, or create an illusion that consent exists where it does not.” Under this finding I included a sub-point that, in these books, once a woman was married, she was strongly discouraged from saying “no” to sex or certain sexual activities that her husband wanted.

Here we see another example of a creepy idea that came across in Christian dating books. Women who clearly communicate what they want or don’t want regarding sex are seen as a turn-off.

I don’t like this idea, but I see it everywhere. It’s not just Josh Harris or Mark Driscoll saying this. In much of our larger culture, as well as Christian dating books, it’s either the young woman who doesn’t seem to care about the man interested in her that is the most attractive. Or, it’s the woman who–like in this article–shuts up and lets her spouse/partner do whatever they want to her, regardless of her own desires.

We teach women that it’s unattractive to have boundaries.

We teach men to be turned-on by violating the boundaries women may have.

It’s not just in the church. This happens all over the place. Part of the reason I wrote my blog series on Christian dating books is because, in doing my research project, I came across tools and terms that helped me to better understand (and therefore better point out and refute) the sexism in these books. The great thing about these tools and terms is that they can be used to analyze other sources too.

If you find yourself reading through my series and think “Well, what about ____?” I encourage you to follow up with that question. The concepts I talk about in my You Are Not Your Own series–benevolent/hostile sexism, dehumanization, consent, bodily autonomy–can apply to other things as well. Other sources dehumanize people. Other sources ignore bodily autonomy, etc. It’s not just dating books, but doing this series has helped me analyze other things more clearly. It has helped me better understand, and hopefully better challenge some of the structures that oppress people and perpetuate rape culture.

I hope it has been or can be of some help to you as well. 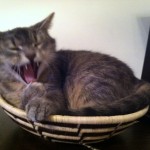