On December 4th, the editors at Jesus Radicals chose to publish a post that left me baffled for awhile. I had to read it multiple times to make sure it wasn’t a joke, and double check the website to make sure I hadn’t accidentally ended up on a satire site.

But nope. This post was real life. It shared an anonymous woman’s story of walking past a calendar kiosk, seeing those sexy calendars that feature a different woman in a bikini each month, and getting angry at the objectification of women.

Shoplift ALL the sexy calendars!

Yes, the author of the piece gets some friends together, they form a plan, and they steal sexy calendars from this kiosk, leaving behind signs that say things like “Sorry, Misogyny Is Out of Stock” and “Should’ve Gone With the Puppies.” They say that this was “easy and fun” and that “We all left laughing.”

The piece then provides instructions for how YOU TOO can get in on this barrel of monkeys fun, with tips like “Always use gloves” and “Wear something to obscure your face from cameras and passersby.”

Naturally, people responded to this piece with many variations of “What the hell?” Several Jesus Radicals editors and contributors pushed back on the critics, claiming that Jesus Radicals doesn’t necessarily promote this kind of action–they were just trying to start a conversation! This doesn’t change the fact that someone at their website chose to publish a how-to manual for shoplifters. It also doesn’t change the condescending ways that some of the folks involved with Jesus Radicals have been defending the piece.

Let’s talk about a few things, shall we?

First of all, these “radicals” stole $2,000 worth of merchandise from a small business owner, preventing her (yup, her. Stealing from a woman trying to make a living in a patriarchal system–sounds like an A+ way to solve misogyny, right?) from giving her employees Christmas bonuses.

They did this on the watch of probably low-wage employees, putting those employees jobs and paychecks at risk. It sounds like no employees in this case were penalized for the theft happening on their watch (besides the fact that they miss out on their bonuses now). But, as a low-wage worker myself, it outraged me that these folks apparently didn’t even stop to think about who they had to step on in order to have their “fun.”

Mark Van Steenwyck defends this so-called activism, accusing those who are outraged on behalf of the low-wage employees of being “selective” (I guess if we are mad about these activists putting low-wage workers at risk it means we are not also mad about income inequality in general?). He also says that “it is easy to sit back and judge” these activists. But you know what else is easy, Mark? To sit back and defend these actions when you are not the one dealing with the consequences.

As a low-wage worker myself, I have been stolen from, though in more subtle ways (customers lying about how much cash they gave me, etc). I have had to take money out of my own paycheck to make up for it. It’s not “easy and fun.” We don’t “leave laughing.”

In keeping up with the recent wave of fast food worker’s activism, I know my experiences aren’t unique:

Another thing–I’m not convinced that shoplifting sexy magazines breaks any glass ceilings at all. I’m not convinced it does anything to actually curb the objectification of women, honestly. It’s not going to stop the demand for sexy calendars. It’s not going to hurt the companies putting out these calendars, as shop owners are just going to have to buy more to make up for stolen product.

I can picture kids in an evangelical youth group doing something similar to what these radical feminist shoplifters did. Can you? How about imagining that instead of saying “Misogyny Is Out Of Stock” the signs said “Immodesty Is Out Of Stock?”

Now can you see it?

The message that this activism sends is that hiding women’s bodies from the public eye will stop men from objectifying women,* which is the same messages Christian relationship books send out. It puts the blame on the women posing for these calendars, using their bodies to make a living (which, I want to point out, is something ALL of us do in one way or another), rather than challenging our misogynist system that dehumanizes those women.

This so-called feminist activism attempts to liberate women, but instead puts low-wage workers (who are more likely to be women) at risk and blames women’s bodies for the existence of misogyny. Yet folks continue to defend it. Kevin Daugherty, of the Koinonia Revolution, even went so far as to compare this to the year of Jubilee and to Jesus’ overturning the money-changers’ tables.**

I have this to say.

If your activism involves turning over tables and then leaving them there for minimum wage workers to clean up, please rethink. If your feminism involves “breaking glass ceilings” and leaving other women to sweep up the glass, stop.

*Special thanks to Dani Kelley and Dianna Anderson, who helped me put my finger on just why I was so disturbed at the idea that stealing sexy calendars fixes patriarchy!

**Update: Daugherty claims in the comments on his piece that he was not trying to make a direct comparison between Jesus’ actions and the activists actions, but trying to challenge assumptions about Jesus. I still find it highly problematic to respond this way to those who are upset over stealing/hurting low-wage workers. It still draws parallels between Jesus and what these activists did. 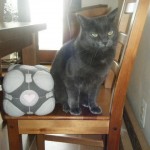 January 2, 2014 "Turn and Face the Strange"
Recent Comments
18 Comments | Leave a Comment
"This, this right here. 👍👍👍"
Lir Talan 12 Reasons Why You Can Totally ..."
"I agree with you totally..I walked away from main stream Christianity and my calling due ..."
Bill Luginbill Telling My Own Story: A Perspective ..."
"Right there with you. The 'stop crying or I'll give you something to cry about ..."
Stacey Swanson Privilege, oppression, and being “nice”
"Sarah Moon writes as if she believes that complementarians have pulled this view out of ..."
Eli Taft Complementarians are trying to scam us.
Browse Our Archives
get the latest from
New Visions
Sign up for our newsletter
POPULAR AT PATHEOS New Visions
1