but I say: why abortion’s not the only political issue that should matter to followers of Jesus

but I say: why abortion’s not the only political issue that should matter to followers of Jesus September 29, 2016 Sarah Thebarge This week I re-posted an interview that Philip Yancey did that garnered national attention, in which he said, “I am staggered that so many conservative or evangelical Christians would see a man who is a bully, who made his money by casinos, who has had several wives and several affairs, that they would somehow paint him as a hero, as someone that we could stand behind…”
Inevitably, my post earned me a lot of comments — some supportive, and lots pushing back against it.

The most common reason that people said they would continue to support Donald Trump, in spite of the warnings issued by Christian leaders like  Philip Yancey and Max Lucado, was because ostensibly, Trump is anti-abortion.

And yet, in spite of all of this, people persist in supporting Trump because they believe that Trump’s Republican platform is more likely to save unborn lives.

Those comments bothered me.  No, let me put it in present tense.  They bother me. For the past two days, I’ve tried to figure out why.  I have thought about it, prayed about it and literally lost sleep over it.

This morning I was lying in bed awake at 4 a.m., once again thinking about what it means to follow Jesus in the current political climate, and I finally figured out why it bothers me when Christians vote for candidates simply because they’re running on an anti-abortion platform.

Let’s begin by acknowledging that we need to uncouple the abortion rates from Democratic or Republican platforms.  During Barack Obama’s presidency, abortion rates went down — yes, down — by 13%.  So if we are really serious about saving lives, we’ll not just care about whether our candidate is red or blue, an elephant or a donkey, but whether unborn lives are saved or not.  If this truly is our metric, we’ll look at the candidate that does the most to provide birth control and improve economic, housing, education and job opportunities so that abortion no longer feels like a necessary option to women.

And then, let’s consider the words of Jesus.

In Matthew 5, the same chapter in which Jesus laid out the Beatitudes where he calls his followers blessed for being the poor-in-spirit people who are mourners, meek, hungering and thirsting for righteousness, merciful, pure in heart and persecuted peace-makers, Jesus said these crucial words:

Here’s how Eugene Peterson translates it in The Message:

“You’re familiar with the command to the ancients, ‘Do not murder.’ I’m telling you that anyone who is so much as angry with a brother or sister is guilty of murder. Carelessly call a brother ‘idiot!’ and you just might find yourself hauled into court. Thoughtlessly yell ‘stupid!’ at a sister and you are on the brink of hellfire. The simple moral fact is that words kill.”

The words, message and life of Jesus are the reasons why it is overly-simplistic, short-sighted and, I believe, wrong, to only vote for a candidate based on his or her abortion stance.

Not only is political party not associated with the actual abortion rates, but also because Jesus raised the bar for what his followers are to stand for.

Is it wrong to take a life?

But along with murder, Jesus says it is equally wrong to hate and to say derrogatory words to others.

Is it wrong to commit adultery?

But along with adultery, Jesus says it is equally wrong to lust after women in your heart.

Jesus raises the bar for his followers by saying that it’s not only wrong to commit crimes and sins with your body.  It’s equally — or, arguably, more —  deplorable and worthy of punishment to commit sins with your mouth, and in your heart.

This election, if you’re trying to follow in the steps of Jesus into an election booth, think about these words, and commit to believing them in spite of the political rhetoric, in spite of the Moral Majority’s commonly-held beliefs, in spite of political campaigns’ efforts to garner the evangelical Christian vote.

And realize that abortion, the taking of a life, is NOT the only thing that should matter to a follower of Jesus.

Let Divine Love’s words echo in your head, and in your heart: “You have heard it said…But I say….”

If abortion is the only issue you care about, if it’s the only political issue you vote for or against, if you make it the single litmus test by which you evaluate a presidential candidate, you’re listening to, “You have heard it said….”

What does it mean to listen to what Jesus adds to our standard of actions and attitudes?

September 20, 2016
Skittles are candy. Refugees are people. (and other things that should go without saying)
Next Post 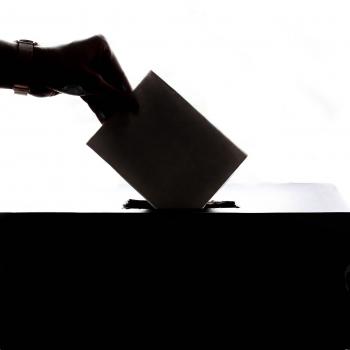 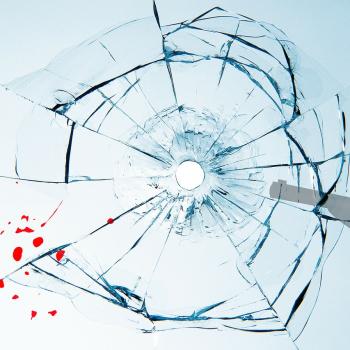 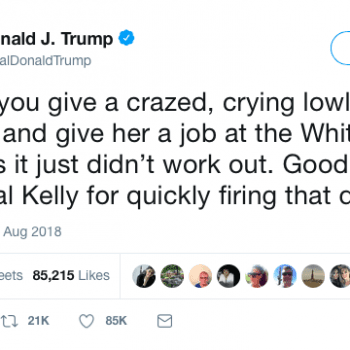