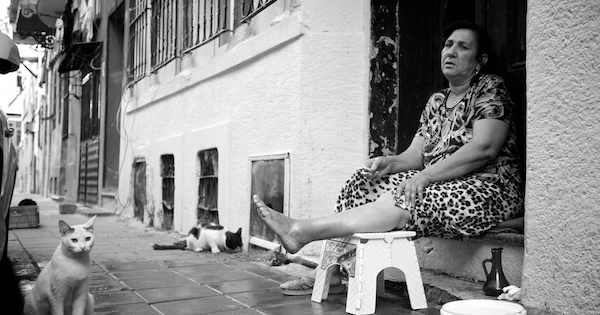 Frank: I’d put it this way: I don’t see racism as part of what I think of as identity politics. To me the movement is a post-Selma/Jim Crow phenomena. I look at this as an artist. I resent that places like Tate Modern in London and MOMA in NYC have put their stamp on the sort of identity art that is all concept with no nod to our human primate toolmaking history. Post Bloomsbury art is all about artists trying to be relevant… sort of like religion where sermons are about social consciousness not spirituality. I don’t see moral equivalency as much as the idiocy of carving up the human race this way. If I want to write a novel with a strong female character– and I have in books like Portofino— I’m not going to be told men can’t (or should not) write women’s voices.

Luke: I was making moral equivalency arguments on the comments and was reminded that I can’t stand moral equivalency arguments anywhere else so why should I be using them here? It was a tweet by Robert George this week that reminded that the way forward in our divided nation was not going to be pitting identity politics against each other. Dr. George said, “Playing identity politics in response to identity politics is a temptation devoutly to be resisted.” So how do you see us moving forward? We are men of strong opinion who want different policies to take priority in the nation?

Frank: Now you have put me in a weird place. I have a personal and abiding loathing of Robert George that goes back to being on a panel with him at Princeton U where we argued then blogged unkindly about each other. I’ve never liked the whole “Natural Law” thing… so how odd that I agree completely with the quote you just included above that you say is his? Here’s what I think, Luke, re you saying “So how do you see us moving forward? We are men of strong opinion who want different policies to take priority in the nation?” We need to understand that a humanism and/or a Christianity that begins with the thought (if not the words) “But I could be wrong” could at least open a door for talking as humans rather than political animals.

Luke: I can agree with that. Everything seems hyper-politicized and completely devoid of humility. My twitter feed right now is filled with people attacking Kellogg for choosing to stop advertising on Breitbart and people defending the Fixer Upper couple who probably didn’t wake up this morning thinking they were going to be ground zero of the culture war. Do I have to choose my cereal brand based on their politics now?

Frank: I think that one definition of a lack of humility is to not admit the law of unintended consequences. For instance, in electing Trump, anyone who doesn’t admit that the baggage and the blowback is going to stun and amaze lacks humility… perhaps even a grip on reality. And I say the same of the glib folks on the left who tried to treat Roe v. Wade as “settled.” Wishful thinking! Take Roe out of American history and the spark that turned the religious right from a reactionary white school movement resisting integration into a lasting revolution is gone. The left won’t admit this. From my point of view (these days), I’m an ambivalent pro-choice person and I changed my mind from being someone who was anti-abortion, in fact a leader for a time in that movement. But I don’t drink the Kool-Aid and treat abortion politics as settled. Nor do I think pro-life people are idiots. As I said: I could be wrong. Whatever the reality we face or if we just “won” or “lost” if we’ve read anything at all (or lived a little or raised a child!), we do know that the ending is never–BUT NEVER–what anyone anticipates at the bright eyed and bushy tailed beginning!

Luke: Do we contribute to this hyper-political climate? I think I do. Unfortunately, I feel like humility is often seen as nuance and I am well aware that nuance does not get eyeballs on an article. Nuance gets a shrug, whereas a clickbaity title get shares, comments, and followers. To one degree or another, our livelihoods depends on that stuff. It kind of sucks.

Frank: I agree. Want to rob banks instead? Or we could do a fake news site. Seriously it makes me sad. I think the difference between the good guys and the not so good on all sides is that humility and nuance are not suppressed by good people just to make a buck. And yes, this is a bit of a pitch here, but an honest one. In my book Sex, Mom and God, I dealt with my journey on abortion issues (or apostasy depending on one’s point of view) and found that I got blowback from absolutists on both sides. Things in reality are messy. If you are a Christian, you have to believe that God aborts a third of all babies in miscarriages, many of which just look like another period. If you are an atheist, you have to say that human life’s biological reality is somehow not as significant as personhood, whatever that is. Either way, the truth is abortion kills a life and so does God (if any). The human condition (created or otherwise) sucks. It is that suckyness of life that politics can’t deal with — nor can religion or atheism.

Seriously, though, I think the loss of non-political institutions is one of the reasons we are in this mess. I do think religion (and I’ll throw atheism in this as a belief system that has a meta-narrative) has something to say about the human condition….certainly more that politics can, but perhaps that’s really the problem. Believing that politics can “fix” the human condition leads to this unhealthy obsession of politics.

Frank: I agree. I also think so much falls apart in a culture based on utilitarian greed. Our problem is we define “success” wrong. Maybe we should talk about this… next time. 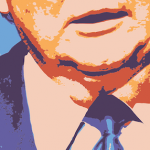 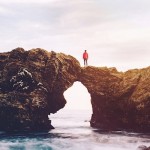 December 11, 2016 I Wouldn't Go So Far As Saying I Love You… But Other Than That...
Recent Comments
0 | Leave a Comment
Browse Our Archives
Related posts from Schaeffer and Moon

The Mix
If Your Child Has Cancer, Which Version Of...
Schaeffer & Moon
TRENDING AT PATHEOS The Mix