Review of the Great & Small Bible

B&H’s new CSB “Great & Small Bible” claims to be a “Keepsake Bible for Babies.” Obviously it’s not–babies need neither keepsakes nor Bibles, and if you try to give one to a baby they’re just going to chew on it.

And yes, I know what they mean. This small book (about 6”x4”, give or take) is a ‘keepsake’ Bible in the tradition of the old, massive ‘family’ Bibles with the family tree in the front and the giant King James Version text. How well does it stack up next to these culturally-disappearing heirlooms? Well, that’s a different question…

An important disclaimer: I’ve no intention of judging the translation. From what I understand, the CSB is a solid one, and a worthy heir to the HSCB (and the infamously fallen NIV). Likewise I’m not going to review the supplemental materials (though I’d much rather have an index/concordance than a harmony of the life of Christ); nor will I comment on the aesthetic value of the book. I suppose it’s attractive enough, but I don’t really have an eye for that sort of thing….

What I will comment on here are the included features that make this Bible a ‘keepsake’ one. Namely, the dozen or so inserts that offer a place to record personal tidbits like “Here’s how we told everyone we were expecting you…”; “Your [Birth] Weight”; “Favorite toy”; “These are our greatest hopes for you…” etc. If you’re like us, then you start filling out one of these books and then get busy and forget about it, only to try again with the next kiddo (on repeat, for as many kids as you have). I suppose these are all fine, though I’ve not really put much thought into the theological aspect of putting information like this in a Bible. [shrug]

The one issue I’ve got with these inserts is the sole poem in the book. It’s this one:

God sees the little sparrow fall,
it meets his tender view;
if God so loves the little birds,
I know he loves me too.

He paints the lily of the field,
perfumes each lily bell;
if he so loves the little flow’rs,
I know he loves me well.

God made the little birds and flow’rs,
and all things large and small;
he’ll not forget his little ones,
I know he loves them all.

God made the little birds and flow’rs,
and all things large and small;
he’ll not forget his little ones,
I know he loves them all. (By Maria Straub)

There are shallower poems out there that could have been included, but not many. I’m not saying that the editors should have gone full Puritan (though Lord knows we could use some of that these days), but they could at least have included something that shares the Gospel. Like this. Or this. Or this.

Still, this book is fine. It’s probably clear that I’m not the target audience for this Bible, but I do have children and far too many keepsakes that have been given to us, so it’s not like I’m completely out of my depth here either 🙂 As far as such keepsakes go, there are certainly worse ones that a solid translation of the Bible that is mostly uncluttered with extraneous fluff. 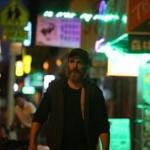 April 13, 2018
Is 'You Were Never Really Here' Just Another Violent Redemption Story?
Next Post 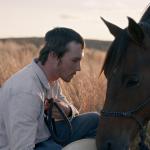 April 20, 2018 A Cowboy Questions His Calling In ‘The Rider’
Recent Comments
0 | Leave a Comment
Browse Our Archives
Follow Us!