“Titans” wants you to feel, but isn’t really interested in working for it

You know how we all wanted to see Hank and Dawn’s backstories, instead of the resolution of the last episode’s cliffhanger? (You remember Hank and Dawn, right? From Episode 2 of Titans?) Well Titans has delivered!

Sarcasm aside, Episode 9 of Titans is a long, mostly-unnecessary addition to a series that is already struggling to keep moving forward. (As always, spoilers abound from here on out.)

Once again we meet Hank, a football player who was sexually abused by his peewee football coach (he voluntarily went with the coach to keep said coach from going after his little brother). This gave Hank a rage complex, which he worked out first on the football field, and then in the persona of “Hawk”, working with his now-martial-arts-expert brother “Dove.”

Dawn is a ballerina. She was physically abused by her father, as was her mother (Deanna Troi). We meet Dawn just as she learns her mother is about to return to said abusive father.

Hank and Dawn bump into each other (literally), and while they’re awkwardly helping each other up a truck careens out of control and kills Deanna Troi and Hank’s brother. Hank and Dawn meet again in a grief support group, and eventually go on to beat up Hank’s former coach.

So to recap: extreme trauma leads to violence, which is best worked out through legitimate channels (sports or vigilantism, in this case), but which must still be faced (again by violence). Also, terrible accidents happen and there seems to be no legitimate justice in the randomness of the world.

Look, assault of any kind is no joke. Nor, for that matter, is random tragedy. And this storyline may very well be the actual backstory of “Hawk and Dove.” (Again, I’m not familiar with the characters.) But if all of this was necessary for us to know, most of it could have been handled as either a short dialogue, a flashback, or some other method that doesn’t require an hour of people not doing superhero stuff. Instead, however, we get plot that is clearly exclusively designed to appeal to our sympathies. Of course we’re going to feel deeply for the kid who sacrifices himself to protect his brother. That resonates in the hardest of hearts. But because of that, it’s all the lazier as writing—especially when puffed up to take a whole hour.

By contrast, let’s consider Batman Begins. I know on some level it’s unfair to compare a movie to a TV show (or whatever we call a show released on the Internet), but there’s still an important parallel here. We see Bruce lose his parents in a horrible crime. We then see a few minutes of the aftermath followed by Bruce taking steps towards being Batman. What we don’t see is all the misbehaving, bad behavior, and therapy that Bruce undoubtedly went through in between those two events. We don’t even see the shooting itself slowed down and dragged out over an extended period of time I know that can be how the real world works, and Batman Begins these sorts of things with a few lines between Bruce and Alfred, but the movie doesn’t focus on the pain and the angst. The goal isn’t to make a sentimental connection in misery with the viewer; the goal is to tell a story. A sentimental connection might result, but only as a secondary effect of our investment in the plot. Titans clearly is much less interested in any kind of story, and I think is the worse for it. One of the advantages DC has over Marvel is that it is compelled to have better plot lines given the over-powered nature of many of its heroes. That compulsion is just not coming through in Titans.

And, well, that’s enough ranting. Unless this show takes a major turn in the last two episodes of the first season, I’m going to write it off as an unfortunate bust.

Six hundred words into my review and I’ve mentioned nothing theological. (That’s how terrible this episode was.) Which isn’t to say there was nothing worth mentioning. We could talk about the providence of God over the seemingly random, on display here (albeit I assume unintentionally). For example, Hank and Dawn would not have teamed as superheros if not for the accident that killed their family members.

Likewise we could talk about original sin and total depravity, clearly displayed in the coach and the abusive husband. Hank’s response to the coach was an understandable one, but if we’re allowed to reference back to Episode 2, it wasn’t necessarily a particularly healthy one. Revenge might be a form of “facing” his past (the very thing both his brother and Dawn encourage him to do), but it clearly doesn’t bring him any peace. A robust reflection on forgiveness, justice, and means of atonement would not have been out of place here, but again that’s not the direction this show has tended to go.

Overall, the show continues to drag and to value character analysis over plot. Do with that information what you will… 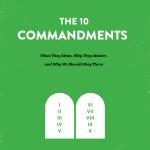