When we picture boot camp, we think of yelling, push-ups, long marches, more yelling and… spiritual training? With the U.S. Army’s new Comprehensive Soldier Fitness program, (CSF), spiritual fitness may become just as important as all those push-ups. The army wants motivated, resilient, and morally  grounded soldiers, so they’ve paid heed to the research linking spirituality with health. By teaming up with psychologist Kenneth Pargament at Bowling Green State University and the Positive Psychology Center at the University of Pennsylvania, they’ve created a program to build strong spirits and strong bodies.

As a secular institution, the army is faced with a unique set of problems in adopting spirituality training. The Department of Defense can’t rate spirituality in terms of absolute truth or impose a particular tradition. So instead they’ve tried to distill a spirituality free from any tradition that will still yield all the benefits: a purely pragmatic spirituality.

The army desperately needs these benefits. Soldiers face some of the most stressful conditions on earth: the persistent threat of danger, the abrupt eruptions of violence, watching friends die, and facing permanent injury. Any of these would overwhelm even the most resilient person. And it shows: the number of suicides is growing to the point that there are more than 6,500 veteran suicides each year. This amounts to around 22 suicides per 100,000 people, versus 11.3 in the general public. These staggering numbers don’t include all the veterans suffering from some type of PTSD. However out of place it might seem, spirituality may be the key to mitigating these numbers.

Over the past decades research has repeatedly shown the positive effects of spirituality. Strong spirituality correlates with stronger immune systems, better heart health, and more resilience after illness, among many other benefits. The research is more complex than this, but the general trend links strong spirituality with health. These are the benefits the army’s trying to tap into, but is a purely pragmatic spirituality a chimera?

If it’s possible, Ken Pargament, a longtime leader in the field of spirituality, religion, and health, would know how to create it. In his paper on the Army’s Spiritual Fitness program, spirituality is defined as “the journey people take to discover and realize their essential selves and higher order aspirations.” This highly individualized definition doesn’t mention the sacred or supernatural dimension we typically associate with spirituality. But it does capture the individual growth and self-knowledge essential to spirituality. The question becomes: how is this any different than character development? And if it’s not, why call it “spirituality”?

One reason is motivation. When asked about spirit, one military leader working on leadership and moral education at West Point said that “It creates our mindset, defines our values, determines our actions, and predicts our behavior.” The human spirit, even divested of sacredness, is an incredibly powerful motivating and influencing force. The army hopes to tap into this power to create more resilient warriors.

While they’re silent about the sacred, the army is not neutral when it comes to the “higher-order aspirations.” The Warrior Ethos in particular sets out these core values: “Loyalty, duty, respect, selfless service, honor, integrity, and personal courage.” So the army is in a difficult position as they go about building spiritual fitness: are they instilling the Warrior Ethos or helping people discover their own identity?

Regardless of this dilemma, any amount that the army is able to instill a strong human spirit still helps. Not only is spirituality a tremendous motivating force; it could make the difference in whether stress leads to growth or decline. Beyond psychological and physiological benefits, this strong moral grounding would help soldiers make life and death decisions under the chaotic pressure of war.

A prime example of this is Major Hugh Thompson. While in Vietnam, Major Thompson witnessed Americans soldiers killing Vietnamese civilians in My Lai. Against enormous cultural pressure and potential court martial, he landed his helicopter between the soldiers and civilians and ordered his gunner “to open fire on the American soldiers if they continued to shoot the civilians.” Thompson’s courage undoubtedly came from a strong moral grounding. But the very fact that he had to act shows what can happen as war fractures a soldier’s sense of morality and order. Through spiritual training, the army is hoping to ground soldiers in values to withstand the inherently chaotic and stressful environment of war.

So building spiritual fitness makes sense as a way to mitigate the traumatic effects of war. But how do you strengthen someone’s spirit in an entirely secular setting?

The task is given to Master Resilience Trainers through a training program connected to UPenn’s Positive Psychology Center. These trainers will guide soldiers through a series of modules designed to develop and strengthen their “spirit.” The modules are broken into three tiers.

The first tier helps soldiers engage their core values and beliefs. This stage of self-knowledge is meant to awaken the human spirit. Each module invites the soldier’s reflection by prompting him or her with past stories of soldiers’ valor and strength. During reflection, soldiers are encouraged to set out their values and beliefs and imagine how these values might play out in action.

Then, having discovered their spirit, the second tier exposes soldiers to a wide array of resources to help them cultivate that spirit. In particular, this tier helps soldiers become aware of how spirituality can help them cope with and overcome difficult situations. After seeing the importance of spirituality, soldiers are introduced to a variety of ways to engage spiritually: ranging from meditation to mentors, music, reading, or nature.

The third tier, which is still in development, is set to cultivate an appreciation of the human spirit in others. Given the violent methods of war this goal seem a bit ironic, but it fits with the social and familial pillars of the CSF program. Spirituality is a new component to the army’s vision of a strong soldier, but community support has always played an essential role in a motivated, resilient, morally grounded soldier.

Since the program is relatively new, we’re left with more questions than answers. How will soldiers respond to spiritual training? Will this response vary by subgroups within the army? Is there a place for chaplains in the spiritual fitness program? And most importantly: will it work? Will the program mitigate posttraumatic stress and suicides?

But aside from pragmatic questions, the army’s incorporation of spirituality opens up a host of other questions. How is this different than character development? Is it possible, or desirable, to have a spirituality freed from any tradition? What about spiritual experiences? If Christians experience the love of Christ, and Hindus encounter the deep profundity of Dharma, what would the secular spiritual soldier experience?

Theoretical questions aside, we can all hope that the CSF program helps soldiers’ well-being and resilience in the midst of the tremendous stress they face.

April 14, 2012
Drugs and spirituality in Eastern Europe
Next Post

April 21, 2012 God spot in the brain? More like God spots
Recent Comments
0 | Leave a Comment
Browse Our Archives
get the latest from
Science On Religion
Sign up for our newsletter
POPULAR AT PATHEOS Public Square
1

Purim At The Farmer’s Market: How...
Religion Now
Related posts from Science On Religion

Public Square
Tradition and Innovation as Worldviews: Is Research into...
Science On Religion 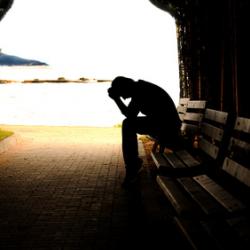 Public Square
Suicide, Modern Life, and Being In Control
Science On Religion 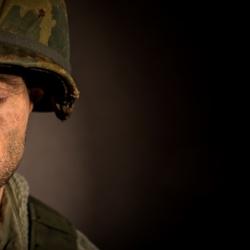 Public Square
Why meaning is more important for humans than...
Science On Religion
TRENDING AT PATHEOS Public Square