Religion: is it always tribal? 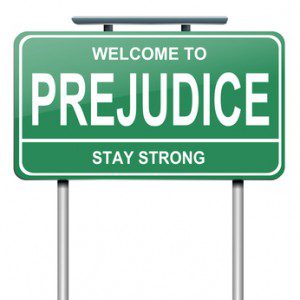 It’s time to talk about a bogeyman of modern democracy: tribalism. Everyone knows that humans have given their allegiance to their own small groups – at the expense of larger groups and outsiders – since time immemorial. It’s also no secret that religion has played a central role in this process, by dividing Muslim from Christian, Protestant from Catholic, insider from outsider. The very soul of the modern Enlightenment is about overcoming this pernicious factionalism and forging one world in harmony. Unsurprisingly, then, advocates of post-tribal ethics from Jeremy Bentham to Kurt Vonnegut have been critics of religion. But the real story may be more complicated than such skeptics claim. Religions, it seems, offer tools both for creating tribes – and for expanding beyond them.

First, don’t get me wrong – ingroup/outgroup barriers are one of life’s most frustrating challenges. And tribalism is very hard to reconcile with progressive visions of a world of equality, fairness, and understanding. The moment you being to see other human beings as being somehow outside your perimeter, you can believe they’re less than human – objects to use or, worse, destroy. This dehumanizing stance is what thinkers from Kant to Martin Buber have argued is the root of sin. And, of course, being the outsider is a terrible position – as most people know who have survived the ugly gauntlet of American high school social life.

Religion, of course, has often been associated with prejudice. But in the post-Enlightenment rush to ditch everything associated with tribalism and its ugly machinations, I’m pretty sure we’ve left some very important social and emotional tools rusting on the ground behind us. All else aside, the bonds that can form between people in a small, tightly knit group are among the most intense emotional experiences many people ever have. Here’s a quote from Jason Everman, a former U.S. Army Ranger, about the experience of going into combat in Central American operation:

“The bond of locking shields with each other, working to defeat a common enemy…it’s a heightened state. Everyone looks around and you know – you know – something cool is going on here. I knew this was it. This is living.”*

Okay, maybe military tough-guy stuff isn’t your bag. But the kicker? Before joining the Army, Everman was a bassist for both Nirvana and Soundgarden. This is a man who toured with two of the biggest bands in the world; he knew what it was like to play to a sold-out venue, crowds screaming, spotlights glaring. And still he rated the experience of carrying out a dangerous, thrilling mission alongside fellow soldiers as one of the most powerful experiences of his life.

Recent research sheds light on this odd phenomenon. Military leaders and Outward Bound guides alike have long claimed that undergoing shared intense experiences creates powerful bonds between people. But this year Dmitri Xygalatas, a religion researcher at Aarhus University in Denmark, conclusively showed in a paper in Psychological Science that intense, painful rituals actually inspire people to be more generous with their groups – and even to identify with larger collectives beyond their religious affiliation.

Along with a team of researchers from the Czech Republic and New Zealand, Xygalatas traveled to the religiously diverse island nation of Mauritius to study participants in a local Hindu celebration, Thaipusam. Thaipusam requires participants to carry out a number of different rituals, including both a low-key collective prayer and an extremely intense ceremony. The intense ceremony involves piercing the skin and cheeks with barbs, dragging carts with wires attached to hooks embedded in the skin, and climbing a mountain (see image at right). Xygalatas and his colleagues intercepted participants at the end of both rituals and asked them to fill out a short survey. The questions asked about participants’ feelings of pain and their identification with their religious group versus the broader Mauritian nationality.

After each participant filled out their surveys, they were given a significant amount of money – about two days’ wages. But before they left to go rejoin the festivities, they were offered a chance to donate some or all of the money to the local temple. The researchers measured how much each participant donated and compared that amount to which ritual they’d just completed and how much pain they said they felt.

But perhaps most importantly, the people who took part in the bloody, painful ceremony reported feeling far more identified with Mauritius as a whole than with Hinduism. Mauritius is a diverse nation with numerous religious groups. Although Hinduism is the largest religion, only about 49% of the population are Hindus. Christianity counts about 35% of Mauritius’ inhabitants as followers, while Islam and other religions also have significant followings. Identifying as a Mauritian rather than as a Hindu, then, is actually a big deal, particularly for a committed religious believer. Something about the intense, painful ritual – exactly the kind that seems to bind soldiers and tribe members into tight groups – impelled the participating Hindus to broaden their sense of belonging.

The paper published by Xygalatas and his colleagues gives support to researchers such as Christopher Olivola and Eldar Shafir, who have also found that painful or intense rituals increase generosity. But the Mauritian findings are unique in suggesting that intense ceremonies not only boost altruism within a tribe – remember that the Thaipusan participants were donating money to their own temple – but also push participants’ sense of identity beyond the narrow tribal limits.

Or maybe these findings aren’t so shocking after all. In 2009, Case Western economist David Clingingsmith found that Muslims who had participated in the Hajj – the yearly pilgrimage to Mecca, one of the Five Pillars of Islam – afterwards tended to tone down their participation in local, parochial rituals such as using amulets and paying bridal dowries. At the same time, they increased their participation in pan-Islam practices like praying to Mecca and fasting during Ramadan. Their sense of belonging, in other words, expanded beyond their local community to encompass a broader, international community of Muslims. And what’s more, the researchers found that the Hajj pilgrimage

Wait – what’s that? Taking part in a massive, expensive trek across continents to the holy desert city of Mecca – an extreme ritual, to be sure – actually made Muslims more accepting of people of different faiths?

There appears to be a hole in the timeworn argument that religion always increases prejudice and tribalism. Frankly, I don’t think we need any more misinformation about, and dismissal of, religiosity – one of humankind’s most fundamental traits. While the tight, intense bonds of small groups can and often do exclude outsiders, they also offer powerful emotional connections that bind people to one another and give them a real sense of meaning (even for former rock stars). But beyond that, some intense rituals seem to stimulate a different reaction – a sense of belonging to a larger group.

For a further look at how religions can stimulate prejudice, click here. For more on how believe in the afterlife can have exactly the opposite effect – making people less prejudiced against outsiders, click here.