Cosmic tribalism, Internet ego, and the future of humanity 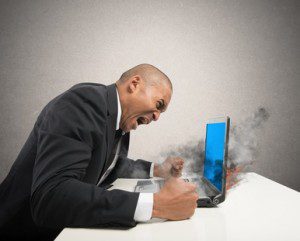 Maybe it’s just me, but it seems that everyone in our culture has suddenly decided that they are Right About Everything. From Internet comments to newspaper columns to casual conversations, there’s not enough room for subtle debate, questioning, or genuine conversation. I see this especially when it comes to religion, partly because religion is what I think about all the time – but also because most media outlets on the Web have reached a consensus that religious and conservative folks are troglodytes. This tribalism is making it hard to find any common ground across ideological lines…right when we need it most.

As I wrote last week, we who are youngish right now are likely to watch some massive ecological upheavals go down in our lives. You are going to experience this. And contrary to what your anarchist, marijuana-aficionado friends in college were always claiming, this will not be a liberating experience in which anarchical free-lovers throw off the shackles of civilization (read: the Man). No; if the world’s global markets were to collapse due to resource shocks or ecosystem meltdowns, everything you know and love will be decimated. This would be the very opposite of fun. The world will be a very different, and difficult, place. It would be a total buzzkill.

Of course, the future, by definition, hasn’t happened yet. There are still things we could do to prevent climate change from wrecking the planet or fossil fuels from running out. But nearly all of the potential solutions to our big problems require one vitally important thing: social consensus. Without consensus and social agreement, the best solutions in the world never get actualized; they just shrivel up like fruit left in a drawer. For instance, we’d already be on track to develop long-term renewable energy infrastructure if we weren’t so polarized as a society. But we are polarized.

So here’s one thing you can do, right now, to make it more likely that we’ll actually fix our problems: stop turning your ideological opponents into mortal enemies. I’m talking to you, Salon.com, Slate, Fox News, and conservative talk radio hosts. I’m talking to you, holier-than-thou Internet commenters of all stripes.

Stop it. Stop spreading the illusion that ideological disagreement is the same thing as cosmic moral warfare.

Look, we don’t need more science to tell us that climate change or mass extinction events are real. Scientifically, those debates are closed. What we need is colloquy. We need to communicate nicely like decent, functional adult humans. But instead we’re spending all our energy on comment boards and talk shows and blog posts, trying to show off how much better, smarter, and more moral we are than the Other Guys. Every serious discussion about real issues – climate change, taxation, renewable energy – becomes a crass opportunity to gain cultural and intellectual superiority points. Our collective attention is on our bloated egos, not on the actual problems that need to get solved.

Here’s an example: if you go to the New York Times website and click on a column written by conservative writers David Brooks or Ross Douthat, you will almost certainly find a comment by a reader named “Gemli” at the very top of the “Reader’s Pick’s” list. Gemli writes comments like this one, suggesting that all conservatives should be compared with Hannibal Lector from the Silence of the Lambs:

Rick Santorum, Mike Huckabee, Ted Cruz, Rick Perry and Bobby Jindal… The combined ignorance and intolerance of these people could be compared to the Big Bang in reverse, a sudden implosion that wipes out every good thing and creates darkness.

…If they win, we will have one small consolation. They promise to have us for dinner, with some fava beans and a nice Chianti.

Charming, isn’t it? Or this one, in which Gemli paints conservatives as science-fearing psychopaths:

This column demonstrates that even intelligent (dare I say “deep”) conservatives are mistrustful of science, especially when facts are forever conflicting with their ideology.…

If lack of empathy implies depth, then the conservative mind is a veritable Mariana Trench.

Now, regardless of what you think about the politicians listed above (and I personally am not much of a fan), they are not murderers. They are not psychopaths. They might be wrong – dead wrong, even – about what they believe. But that last time I checked, being wrong is not the same thing as being evil.

(And don’t even get me started about the implicit suggestion that science is on the side of Good, heroically opposed to religion and to conservatism – as I’ve tried to point out before, this is probably the single most destructive and self-fulfilling myth of our era.)

I’m not shining the spotlight on Gemli because I’m upset that someone thinks these things, but because Gemli, whoever he or she is in real life, is a bellwether for the New York Times readership and its opinions. Let me repeat: Gemli’s comments are nearly always the top-ranked comments on any article they appear in. This is not some curmudgeonly sourpuss venting into the empty wilds of cyberspace. This is the person who whips up the crowd, the person everyone agrees with. Gemli is a major trendsetter, influencing and leading the readership at the flagship newspaper of the English-speaking world.

And this readership apparently thinks that conservatives are cannibals and heartless monsters.

So it’s not Gemli I’m upset with. It’s the hundreds and thousands of New York Times readers who compulsively vote up these sorts of comments, basking in the illusion of their intellectual and moral superiority. These people reflexively believe that it’s more important to put conservatives and religious believers in their place than it is to have level-headed conversations about the issues that matter. In other words, they’re acting like middle-schoolers in a clique. And these are supposedly the most cultured newspaper readers in the world.

The right-hand side of the spectrum, of course, isn’t doing any better. The broad, black-and-white brushstrokes with which “conservative” radio and talk-show demagogues (whom I respect so little I won’t even bother to name) paint their opponents are wicked things. They are tormenting the world by painting their political opponents, with whom they legitimately disagree, as cosmic enemies who must be destroyed. The harm they are doing to our global future is incalculable.

So, a message to everybody: if you’re convinced that your particular group is monolithically correct, all the time, you are wrong. This is the kind of absurd but seductive groupthink that gets cultures into Very Deep Trouble. Please, please, pretty please go take some time in the woods, or a nice canoe paddle, or warm bath with no iPad to distract you, to mull over this suggestion. I’m not saying you’re not right about a lot of things. I’m definitely not saying you’re stupid. I’m saying that, like literally everyone who has ever existed, some of the things you deeply believe and take for granted are false. I’m not saying which ones. I don’t know which ones. But rest assured: you are wrong about some things you’re convinced you’re right about.

Taking this suggestion seriously encourages a level of personal humility that is the direct opposite of the tribal, all-or-nothing, “cosmic clique” view which seems to have swept even our most respectable media outlets in the past five years. Humility inspires the capacity to see the other guy as a fellow, well-meaning human, with whom you happen to disagree – not as a Big Bad Demon whose entire life is fiendishly dedicated to Destroying All that Is Good.

But I don’t think I’m ever going to have much of an audience among the talk-radio listeners or among the Sarah Palin set. So, let me speak to the liberals, science geeks, and skeptical humanists who I think make up much of this blog’s readership. My progressive readers, ask yourself – what’s your ultimate goal? Is it to thumb your nose at conservatives, singing “I told you so” while civilization sinks burning into the mire? Or is it to actually deal with our biggest problems? If your answer is “B” – and I hope it is – then you must understand that you need conservatives and religious believers on your side.

If you pay any attention to the history of human cultures, you’ll have to admit that religion is not going anywhere, at least for the vast majority of people who are not hypereducated, global elites. So your energies are wasted on trying to rid the world of religion. In fact, if you try to rid the world of religion and conservatism, as de facto culture leaders like Gemli snarlingly advocate, you will do nothing but alienate believers and conservatives. These same folks are the ones you absolutely need as allies in the struggle to make this civilization sustainable. Without their consent, no big new projects to tackle climate change or renewable energy are – ever – going to get off the ground.

Finally, let’s not forget who benefits from the increasingly polarized cultural environment we’ve set up for ourselves: the wealthy and powerful. By becoming more culturally polarized, we’ve become less able to mobilize against the big interests that benefit from, say, the overexploitation of fossil fuels. When we’re too busy fighting one another to make concrete change happen, the people who win are the ones who don’t want things to change.

So remember: Every time you make a sweeping generalization about conservatives or religious believers in a blog comment, every time you write a Facebook post that paints all of Middle America as an enemy, you’re making the Koch brothers very, very happy. The last thing on earth they’d want to see is religious traditionalists and urban cosmopolitans finding common ground. And although I like to be humble and admit that I could be wrong, that’s the truth.

April 22, 2014
How religion will save the world
Next Post

May 5, 2014 Internet comments: the poisoned well
Recent Comments
216 Comments | Leave a Comment
"I would suggest that this social moral obligation takes different forms in males and females, ..."
ValPas The Natural Origins of Obligation
"I imagine it's about attempting to find an optimum, at any level of organization. Maybe ..."
Christine Borsuk The Coronavirus Outbreak Shows the Dangers ..."
"Al, I've edited this comment to eliminate insults. Please keep conversation civil here. Thanks."
connorwood Maybe Modern Liberal Democracy is a ..."
"You bear false witness against your Protestant neighbours Seamus. Non-Rate Payers didn't have the vote. ..."
Al Smyth Maybe Modern Liberal Democracy is a ..."
Browse Our Archives
Follow Us!

Liberal Democracy, Science, and the End...
Science On Religion
3

Serving God and Mammon: The Rise...
The Creation Project
Related posts from Science On Religion

Drive-thru iftars and coronavirus task forces: How Muslims...
By Shariq Siddiqui, IUPUI Many of the world’s 1.8 billion Muslims are...

The Natural Origins of Obligation
The evolutionary developmental psychologist Michael Tomasello argues that, while other animals experience...

Liberal Democracy, Science, and the End of the...
Are we living through the end of the end of history –...
view all Public Square blogs
What Are Your Thoughts?leave a comment
Copyright 2008-2020, Patheos. All rights reserved.