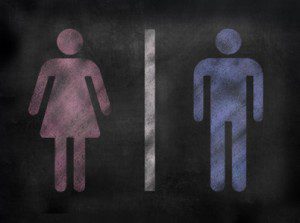 I’m working on a non-blog-related research project this week, and don’t have time for researching a new blog-post-article-thing. So let me quickly make everybody angry by weighing in about the debate surrounding atheist spokesman Sam Harris’s supposed sexism. The question I think we should focus on is not whether Sam Harris is a horrible sexist person for suggesting that his brand of atheism might be intrinsically more attractive to men than to women. Instead, I want to raise the question of whether sex differences exist in an objective sense – that is, beyond the obvious distinctions between male and female “sexy bits.”*

I want to talk about sex differences not because I’m interested in taking Sam Harris’s side in a testy debate internal to the atheist community – a community I think has done serious damage to our ability to talk reasonably about religion as a culture, precisely when we need the most clarity about it. Instead, I want to talk about sex differences because the debate over whether they exist shines direct light on a couple of today’s most important questions: are we evolved animals? And how much does being evolved animals influence our minds?

The answer to the first question is yes. If you’re someone who believes that we are not evolved animals, you might as well stop reading now and go do something more enjoyable, like sorting your sock drawer. There won’t be much here for you.

But evolutionary psychology is probably most controversial for its political ramifications. EP fundamentally claims that humans are not “blank slates” – that we come into the world with specific instincts and behavioral constraints that are cross-culturally visible. It’s almost impossible to overstate how deeply this vision of human nature runs against the grain of most of the academic culture. Not to mention the liberal humanism that animates American history.

John Locke, the British political philosopher who profoundly influenced Thomas Jefferson, famously pronounced the human being as a tabula rasa (blank slate) at birth. Like David Hume, Locke was an empiricist who believed that we learn about things only by encountering them. Innate instincts or inborn understandings were anathema to his way of seeing the human being. Locke is one of the founding fathers of modern liberalism, because he argued that we should be critical of culture and tradition; that the individual is autonomous and sacrosanct; and humans are more or less free to remake ourselves and our societies according to rational principles. These are the basic doctrines of liberalism. You can see them brought to life in Jefferson’s Declaration of Independence and in the Constitution.

Evolutionary psychology suggests that these assumptions may not quite match reality. If it’s true that we have evolved, innate instincts, then we may not actually be able to remake our cultures however we like. There may be some basic limitations on how we set things up, because human minds have determinate features – which implies that they will work better with some sorts of social arrangements than with others.

What’s more, rationality and individualism may not rule the day, either. Evolutionary psychology often doesn’t make us look like especially rational creatures. Its researchers claim that we have innumerable inborn biases, cognitive tendencies, and subconscious attitudes that ensure we will probably never be able to build a perfectly rational society. This doesn’t mean we have to languish in superstition, but it does mean that the Lockean-liberal dream of struggling free from irrationality and establishing a culture based wholly on reason probably won’t be coming true anytime soon. Our brains are not evolved for round-the-clock rationality, and we can’t just walk away from our evolutionary inheritance. It’s part of us.

Finally, getting back to Sam Harris, sex differences were the linchpin of a lot of early evolutionary psychological research, and continue to be the target of many of its critics. The field has often handily deserved its criticism. In the 1990s, EP made some strong, fairly silly claims about innate sex differences and sexual preferences: for example, that men cross-culturally preferred a certain hip-to-waist ratio. The scientists presumed that women’s hip-to-waist ratios advertised important information about their fertility.

It turns out they were flat wrong about this. Men in some cultures prefer certain female figures, and in other cultures they prefer others. The same is true for women’s physical preferences in men; in some cultures, for instance, women demand that male partners be taller than them. In others, they don’t. This doesn’t appear to be a preference that is strongly rooted in evolution. Instead, it’s largely cultural.

The question is, then, are any sex differences actually innate? The academic and activist circles tend to assume that the answer is no, partly because they share in the cultural inheritance of Lockean liberalism, and partly because so many supposed innate sex differences have been shown to be cultural impositions. What’s more, many of those cultural impositions have been oppressive, serving the interests of men over women. (Although culturally stereotyped male roles can be pretty destructive for men, too.)

Now, here’s where I’m going to walk out on thin ice. It seems to me that, although a great deal of cultural baggage has influenced – and continues to influence – sex and gender roles, the claim that all sex differences are cultural is a destructive exercise in Cartesian mind-body dualism. Most crucially, I think this dualism actually privileges the abstract mind – disembodied, self-contained, detached from physical concerns of touch or feelings – over the flesh-and-blood body. And paradoxically, this mind-over-body attitude is a stance that many feminist philosophers and theologians have criticized explicitly as a stereotypically a male and privileged perspective. (Traditionally, those who could afford to identify with their abstract minds and ignore the body were, well, male aristocrats.)

In humans, all thought and behavior is mediated by an incredibly complex physical substratum – the body-brain system. So changes in that substratum are pretty likely to change behavior. For example, if you drink coffee, a new chemical surges into your bloodstream and binds to certain receptors and thereby makes you feel alert. A very tiny physical thing – the innocent caffeine molecule – has magnified upward to affect your entire behavior. If that can happen, then the distinct hormonal profiles of men and women may very well have their own different sorts of effects. In fact, it seems pretty unlikely that a body filled with one type of hormone will act exactly the same as a body filled with another type of hormone.

I don’t want to get into a brawl about the reality of different hormonal profiles for men and women. If you seriously claim, as feminist philosopher Judith Butler has done, that even physical sex categories are cultural constructs, then it may be better for you and I to play a nice game of Parcheesi or arm-wrestle or something than to continue debating the question at hand. But if you acknowledge that male and female bodies are, in fact, a bit different from each other, you have to also consider acknowledging that these differences may have distinct endocrinological effects. This is not something I’m prepared to argue comprehensively. It’s just something I want to state is pretty plausible, given our status as organic creatures whose minds are not spooky intrusions from some sort of Cartesian netherworld.

Which leads to my real point: by allowing political considerations to dictate how we respond to the mind-body question, we may be inadvertently committing the same sin that countless generations of overprivileged male elites committed before us. That is, we may be assuming that the abstract is more lofty than the concrete, that the nonmaterial mind is more admirable than the brutish body, and that the comfortable distance between ourselves and the messy physical world is the measure of our worth. By moralizing any connection between the mind and the contingent, physical body – including sex, which is a major player in our experience of physicality – we may be teaching ourselves to disdain the flesh and blood that is us.

This is not to say that we shouldn’t reject sexist gender stereotypes and be circumspect about wide-ranging EP claims about sex differences. EP is a fast-changing discipline (a fact which makes its status as a legitimate science more, not less, plausible), and many of the things its practitioners currently believe will undoubtedly turn out to be wrong. Furthermore, many of the things that have been cast as objective sex differences have, in the past, turned out to be nasty cultural constructs: the supposed inability of women to do science comes to mind.

So I think it’s pretty reasonable to continue being a suspicious of sweeping claims about sex differences. But I don’t think it’s reasonable to assume, tout court, that there are no genuine differences. For that to be true, our minds would have to be running completely independently of the physiological, endocrinological soup that comprises our bodies. This seems unlikely. And I think we could do well to stop moralizing so vociferously whenever someone like Sam Harris suggests that there might be sex differences. The man might be wrong. In fact, I think he is wrong most of the time, about many things. But if so, then he’s just wrong. Period. It’s not a moral make-or-break moment.

* As an old botany professor of mine charmingly called them

September 15, 2014
Want a meaningful life? Stay away from rich countries
Next Post 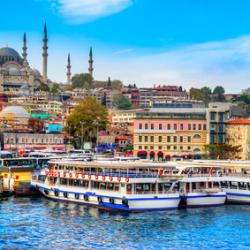 Public Square
First Came the Temple – Then the City?
Science On Religion

Public Square
Tradition and Innovation as Worldviews: Is Research into...
Science On Religion 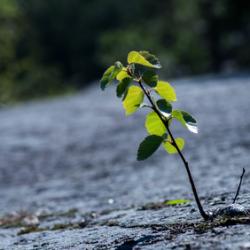 Public Square
Is Ritual a Tool for Resilience?
Science On Religion
TRENDING AT PATHEOS Public Square

Where Tech and Humanity Meet: Practice and Formation...
This presentation argues that a Christian incarnational response to posthumanism must...
view all Public Square blogs
What Are Your Thoughts?leave a comment
Copyright 2008-2020, Patheos. All rights reserved.