The great divide: Why activism needs tradition to work 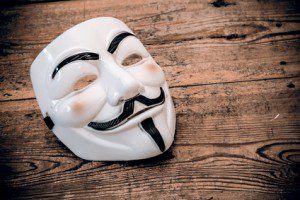 The past couple of weeks in the United States have been difficult ones. With two grand juries declining to indict white police officers for killing unarmed black men, traumatized protestors across the U.S. have been left wondering whether, as one New York Times article put it, American culture “might not ever value black lives.” It’s a stark and despairing question – but, as evidence piles on that racism is far from dead, it’s one worth asking. And it’s related to a broader question that’s loomed over this entire decade, from the Occupy movements to Ferguson: “Why doesn’t the establishment listen when protestors cry out that something is wrong?” Fully aware that I’m inviting a Nor’easter downpour of angry comments, I’d like to propose that one reason modern protest movements have trouble getting their message out is found in generativity: the impulse to carry down traditions and care for the next generation. Namely, activists – while they’re often spot-on about the need for social change – increasingly don’t have the generative impulse. And this makes them invisible to people who do.

Generativity is a psychological concept that refers to the human impulse to establish, care for, and guide younger generations. The word was coined by developmental psychologist Erik Erickson, who defined it as a mature phase of adulthood in which people turn toward raising up the next generation or building on previous generations’ accomplishments. This endeavor might include actually having children, caring for others, or otherwise transmitting wisdom or tradition. For example, one well-known psychological measure of generativity includes goals such as “passing along the knowledge I have gained through my experience” and “keeping traditions alive.” People can be generative

in diverse ways, including teaching, mentoring, leading, parenting, counseling, creating, and other forms of nurturance and activism.

Notice that this list specifically includes activism. Historically, at least, this was true: the protest movements of the Civil Rights era under Martin Luther King, Jr., for example, were clearly generative in their orientation. They demanded change so that life could continue for black Americans and white Americans alike. The Civil Rights activists were largely churchgoers. They weren’t about smashing tradition. They were about carving out space where, against overwhelming social pressures, tradition could live. In the Civil Rights era, activism was the tool of generativity.

But over the past decade or two, activism and generativity have somehow diverged into mistrustful, antagonistic rivals rather than collaborative partners. This a personal observation, not an empirical measurement – but if you operationalized and measured it, I’m pretty confident that you’d confirm that activism is fast becoming generativity’s enemy, and vice versa.* Many activists now assume that sincerely confronting systematized injustice demands putting on hold all the normal projects of human life, from starting a family and children to rooting oneself to a place – or carrying on traditions.

What do I mean? My Facebook contacts who post despairingly about social injustice are often the same ones who say in person that they “can’t imagine having kids.” My acquaintances who hand out earnest flyer invites to big anti-racism or anti-Wall Street protests are the ones who – like me – are in their early 30s and still haven’t bought houses or established careers, who haven’t done anything to root themselves anywhere. And forget about church or shul or puja. Religious practices, after all, are unsexy, root-building activities that demand commitment to a community and a sincere retreat from individualism.

And individualism is a reverse index of generativity. One study found, for instance, that citizens of highly individualistic countries such as Germany report many fewer generative life goals than inhabitants of collectivistic cultures such as Costa Rica. As the authors put it:

(I)n collectivist societies, nonrelatives such as neighbors are expected to take part actively in child care, (and) people are expected to be psychologically ready to fulfill this obligation…Increasing individualization might lead to lessened investment in coming generations, thus threatening intergenerational links.

See how it works? When traditions wind down, individualism increases. When individualism increases, intergenerational contact groans to a halt. Thus, in an era where activism is tied to individualism, the people working to challenge systemic injustices are increasingly among the least likely to actually hang out with people much older or much younger than them, the least likely to have other people in their lives who concretely depend on them – or to feel an animating connection with a living human tradition of any kind.

At its heart, this lament is about commitment. Adult commitment to things – places, families, religious and cultural traditions – has  become pegged to quietly shrugging at injustice and inequality, while righteous indignation at the injustice of the world has come to index a baffling lack of adult commitment. But when we split these two things from each other – rooted commitment and impassioned social critique – we ensure that no one thrives. Lacking any prophets within its borders to decry its iniquities, the comfortable establishment just sinks deeper into porcine self-satisfaction. Lacking any humdrum bonds of tradition or deep, communal commitments to awaken their sense of history, revolutionaries become caught in the mires of rabid individualism and toxic addiction to the present.

What I mean is that nobody wins when canny reformers refuse to commit to the very traditions and cultures they critique, or to the animal projects of reproduction and passing down culture. There are no victories when principled challenge of the status quo becomes merely a method for expressing one’s iconoclasm.

In the late 19th century, European-American officials forbade the practice of American Indian religions. They knew what they were doing. If you want to break a people, it’s not enough to take their land or appropriate their sources of wealth. Human flourishing is not primarily about material things. No, to really break a people, you’ve got to destroy their culture, their practices, their language. If you’re hard-hearted enough to do it, you’ve got to smash the continuity of the present with the past, so that no one knows who they are anymore.

This is how European culture dealt its final blow to American indigenous peoples. Not through the sword, but through the classroom: through the total banishment of tradition, through severing the tribes from their own past. It’s grotesquely similar to what happened when slave traders brought Africans to the Americas, forbade them to speak their native tongues, and punished them for worshipping their native gods.

These were unmitigated evils, these genocides of the spirit. But the thing is, nobody is forcing any young, educated Americans to squelch their traditions or dishonor their cultures. So why is this exactly what many are doing, on their own initiative? By living in homogenous pods of 25- to 35-year-old educated urbanites, many radicals cut short the transit of wisdom into the future. Equating commitment to a tradition with fraternizing with the enemy, they cut themselves off from history. And therefore history will not listen to them.

For both black and white Americans, religious attendance positively predicts generative life goals. Exposure to tradition is part of what motivates humans’ desire to care for and practically dedicate ourselves to younger generations. And so I think a major difference between the Civil Rights era and today’s protest movements is that the former was fundamentally generative and concerned with continuing tradition, while the latter are not. The former was a collectivist movement, the latter radically individualist. I also think that protest movements whose goals and modi operandi are not fundamentally generative – are not oriented toward the continuation of a living culture – will never have the same impact and reach that the Civil Rights movement did.

I’m not a dewy-eyed romantic. Racism is alive and very well in the U.S., and a few changes in how we do protests are not going to solve it. I’m also making generalizations. I know a number of activists who have children. And as much as I think it’s agitators’ responsibility to root themselves in the cultures they’re trying to shake up, it’s also incumbent on the comfortable and the established to be awake to injustice and to hear the aggrieved. Because we need all the waking up we can get. In matters of race, American culture has been stricken by a fatal flaw since its inception, and we must acknowledge a powerful, collective moral obligation to strive to heal it. I’m just arguing against wrenching ourselves completely free of the soil of culture in order to make the healing happen. I am arguing that generative values must be cherished even as we struggle for the good – that, if our protests are to have any effect, the cycle of culture must be made whole rather than cut apart.

* Of course, I’m not one to just toss off idle speculation. I like my wild-eyed hypotheses to be empirically testable, at least in principle. Here’s how you could test this one: gather age-matched samples of “activists” and non-activists. Ask the research participants how many children they have, how often they attend religious services of any kind, and how many interactions they’ve had with people significantly younger or older than them in the past month. You’d also have them fill out a measure of generativity, with questions about goals like “being a good role model” and “keeping traditions alive.” Finally, if you’re feeling creative, you could also ask them how many of their natal families’ holiday traditions they’ve kept up since entering adulthood – decorating Christmas trees, holding Passover seders, that kind of thing.

Almost certainly, you’d find that generativity positively predicted number of children, religious practice, interactions with older and younger people, and continued holiday traditions. And all of these things would be strongly negatively correlated with activism. I would love it if someone would do this study.

December 4, 2014
A new theory for why Buddhist meditation makes us feel good
Next Post

December 24, 2014 The age of extreme opinions
Recent Comments
0 | Leave a Comment
"Seems like contemporary culture is attempting a bold experiment: let's hope that individuals will arrive ..."
connorwood Why Rites of Passage Are Painful
"What is the replacement on hand? This question is from a father of two teenage ..."
Kripa Why Rites of Passage Are Painful
"I think with hindsight we have to say that Trump enabled Putin's invasion of Ukraine ..."
Barros Serrano So Long, Pax Americana
"Connor, have you perused the Biologos website yet? Biologos is an organization largely of evangelical ..."
Heather G Mashal Faith and the Evolutionary Predicament
Browse Our Archives
Related posts from Science On Religion

There is no one Islamic interpretation on ethics...
Islamic views on abortion are based on diverse interpretations of what’s right...
view all Public Square blogs
What Are Your Thoughts?leave a comment
Copyright 2008-2021, Patheos. All rights reserved.
Close Ad