Reason™ is not going to save the world 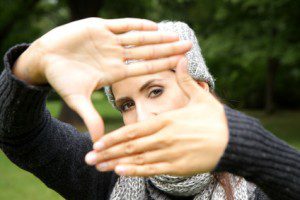 If you’re a decently educated, critically minded person, chances are you’re not a fan of any truth claims that can’t be supported by empirical inquiry. No ancient Hebrews rising from the dead – and no fairies, sprites, or midnight horse rides from Jerusalem to Paradise and back, either. You might even think that such supernatural beliefs are not only hard to justify, but actually harmful, because they so often make people resistant to science, prone to inward-looking or violent tribalism, and anti-intellectual. You’d prefer if everyone were a rationalist – believing things only when there’s proper evidence, and rejecting the idea that anything is sacred. Fair enough, I guess. There’s just one catch: it would be an utter catastrophe if this actually happened.

As a species, we need sacred and irrational values – beliefs we hold not because we’ve reasoned them out carefully, but because we accept them absolutely, without calculation. Of course, this proposal is anathema to the partisans of Reason™, like Iflscience.com fans or our good friends the New Atheists. But it’s true. Without irrational sacred beliefs, we run the risk of devouring the planet.

I’ll explain. Humans are intelligent. Really intelligent. But this is a two-edged sword. Our sharp wits and clever, problem-solving intellects let us solve survival riddles that would spell doom for any other animal. At the same time, they also let us to manipulate and exploit our environments so effectively that nothing is safe. Large ground mammals, like giant sloths and giant wombats, were hunted to extinction immediately after humans arrived in prehistoric Australia and the Americas. The ancient Greeks utterly deforested their country, leaving it the mostly treeless mountainscape it is today. And then there’s mountaintop removal coal mining in today’s West Virginia. Everywhere humans go, we’re so good at using the environment that we nearly strip it bare.

At the root of this ruthless skill in exploitation is our crackling intellect – our canny ability to see  chains of cause and effect in the physical world. See a forest? Our hungry analytic brain can imagine it as housing material, paper, farmland, or a national park – and it lays the complex plans we need to bring those plans to fruition. There’s something fundamentally utilitarian about rational cognition. It’s about accomplishing goals. This is an extremely useful skill. But due to its very nature, it also tends toward shortsightedness. The philosopher Henri Bergson argued that rational, logical intelligence “will make straight for selfish decisions” if left unchecked by cultural taboos and boundaries. Gregory Bateson, a 20th-century biologist and anthropologist, agreed, writing that human intelligence is

organized in terms of purpose. It is a short-cut device to enable you to quickly get what you want; not to act with maximum wisdom in order to live, but to follow the shortest logical or causal path to get what you next want, which may be dinner; it may be a Beethoven sonata; it may be sex…money or power.

Both these thinkers warned that human intelligence is so powerful that it needs to be constrained by something like sacred beliefs – or like axioms. In mathematics, axioms are the fundamental assumptions that everyone has to agree on, but which can’t be logically proved within the system. For example, one algebraic axiom is that if a = b and b = c, then a = c. This seems basic and obvious, but without such an axiom algebra as we know it wouldn’t work. However, it’s not “rational,” in the sense that it’s not the output of a chain of logic. Instead, it sets the parameters for the logic in advance.

Cultures have axioms, too – foundational assumptions that are so engrained that they’re not even noticeable, much less questionable. For instance, in much of India it’s taken for granted that no one is going to kill or hurt a cow. This is one of Hinduism’s axioms. It’s not that people walk around all day dying to kill and eat a cow right there in the street, only to hold themselves back out of terror of punishment. No – it’s that it doesn’t even occur to people to hurt a cow. It’s not even on the menu (forgive the pun) of possible things to do. Asking a Hindu to resist eating a cheeseburger would be like asking you to resist walking down the street naked while belching the French national anthem into a hot-pink megaphone. That was not a thing you were thinking of doing.*

These cultural axioms aren’t the outputs of logical chains. You don’t reason your way into them. They’re arbitrary and sacred. They’re sacred because they highlight and set apart a certain thing or value from others. They’re arbitrary because they’re not grounded in physical laws or nutritional or biological necessity, and they’re not post-hoc. That is, they’re not rational. Rational thinking defers its decisions until after the evidence is in; that’s its hallmark. Cultural and religious axioms, by contrast, demand our assent in advance. They’re about setting parameters. Muslims don’t run a cost-benefit analysis and then agree not to eat pork. No – they abide by the taboo from the outset. Sacred taboos and irrational axioms foreclose some options, making those options invisible afterwards. Because of this, they restrain our rational abilities – they put boundaries on what we can and can’t do with our intelligence. And that, Bateson and Bergson warned, was their purpose.

Humans’ intelligence and analytical reasoning are our secret weapons. But we’re so crafty that we might be close to crafty-ing ourselves out of existence. The ecological crisis is very, very real. The oceans are warming, methane gas is escaping from the Arctic, the number of species going extinct is skyrocketing. If you think civilization is safe, that our Silicon Valley overlords will technologize our way out of this mess or that the whole thing is a liberal ruse to trick us into more taxes, you’re wrong. Period. In the next few decades, the chances of every living human being being impacted by ecological shocks due to climate change are one hundred percent. This is coming. And if we just carry on as normal rather than making changes and preparations in advance, it’s going to be a lot worse.

In light of these dark facts, well-informed folks often cast smoldering glances at religious believers, many of whom are – demographically speaking – less concerned about the ecological crisis than secularists, and also significantly less likely to even accept the data on global climate change. But religious believers also have the most important tool: belief in the sacred.

Why is this important? Economic rationality, powered by science and freed from cultural taboos, will always expand to fill its container. If, thanks to 200 years of rational and technological inquiry, we know how to suck all the oil out of the ground or harvest the oceans barren of fish, we’ll do it – unless we have some unshakeable commitment to avoid doing it. Rationality on its own will never tell us, “Do not use up the last drop of this common resource, under any circumstances!” The rational decision-making process is a ends-based one – and as such, it’s always subject to further reevaluation, to revision as new data come in. In science, this is a supreme virtue. In ethics, it’s a disaster – because there’s always new data, always new reasons to reevaluate our commitment to protecting or saving something. When the pressures grow, rationality is what steps in and gives us the logical options. Out of cheap oil? We can frack the slate beneath Pennsylvania. Tuna becoming scarce? We can dredge the oceans with miles-long nets that kill almost literally every living thing in their wake. The job of our rational mind is to uncover these options. What we need is absolutely adamantine, irrational commitments to not exercise some options – to eliminate them in advance from the menu of possibilities.

This is why, as I’ve written before, human societies need the sacred. This claim seems blatantly counterintuitive, particularly to many cultural liberals. How, secular environmentalists wonder, can irrational beliefs be good for the planet? But irrational beliefs are what set parameters for our behavior, impose limits on what we’ll do. The rational mind will tell you how to kill and skin a cow. The cultural, sacred mind will be shocked at the very idea.

Here’s a final example. Recently I was chatting with a military officer who posed this question: if  a soldier gets wounded outside the base, do you send guys back for him – or do you calculate the risk first? The answer is, you send people back for him, unquestioningly. You have to show your people that your commitment to them is absolute, not subject to rational calculations. Otherwise the trust on which your unit depends evaporates.

Rational calculations can change a person’s mind. Sacred commitments are beyond questioning. When you’re doing science, nothing should be beyond questioning – you’ve got to be willing to reevaluate everything at a moment’s notice. But when you’re leading a company of men and women into battle, some things absolutely must be beyond questioning – including your willingness to make sacrifices to make sure no one is ever, ever left behind. Empirically, you could show that three lives aren’t worth the one life wounded outside the base – and who might die anyway. But this is not a rational commitment. It’s an irrational one – an axiom. And it’s what shows people that you’re committed.

Rationality can’t motivate absolute commitment. If you’re always open to changing your cost-benefit equations based on new input, then by definition you can never say for certain that you’re all-in. This is why the human animal needs sacred boundaries. Commitment is a function of deciding something in advance – of setting parameters for all future decisions.

This is especially important for an animal like us. We have the means and tools to carve up the planet any way we like. Pure economic rationality can’t be trusted to tell us that this is not a good idea. In fact, recent history has shown that it will just tell us to carve it up faster. What Percy Blythe Shelley called the “the unmitigated exercise of the calculating faculty” will always see forests as materials, oceans as resources, soldiers as quantities. From the rational perspective, everything is potentially a thing that can be used. Only sacred boundaries that tell us in advance that some things are off-limits can keep us from steamrolling the earth. So it might not be Jesus or Muhammad who averts the ecological catastrophe that’s barreling down on us. But it will be sacred commitments – irrational axioms, turning wide swathes of reality into sacred cows.

Sorry I’ve been so silent over the past month. Dissertation. Also, in one hour I am flying to Turkey for 10 days, so I will probably not be moderating comments. Thanks for your patience.

What Is Postmodernism? And Why Does...
Science On Religion
4

Central to the Abortion Debate: When Does Life...
THE QUESTION: When Does Life Begin? THE RELIGION GUY'S ANSWER: Those four...
view all Public Square blogs
What Are Your Thoughts?leave a comment
Copyright 2008-2021, Patheos. All rights reserved.