No space for God of the gaps 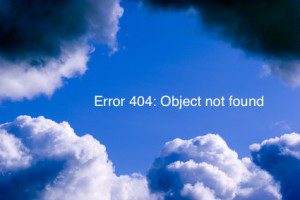 Ever heard of the “god of the gaps?” It’s the idea that God is the reason for things we can’t explain through science. For example, no one on Earth knows exactly how proteins – linear chains of amino acids – find the proper 3-D structure to fold themselves into after being transcribed from RNA. Many of the millions of possible shapes are equally stable and possible. Yet the chains always assemble themselves into just the right structure. Spooky. So…God. Right? Wrong – because someday a brilliant scientist will figure out the scientific explanation for protein folding. And when she does, your faith in God will delate like a beachball – unless it never depended on the god-of-the-gaps argument in the first place.

The god of the gaps idea is a hand-me-down from natural theology, which was (still is, in fact) a Protestant theological tradition of looking for proof of God in the natural world. The 18th-century English priest William Paley famously exemplified natural theology by using the “watchmaker analogy” for God’s role in designing the world. Say you stumble upon a watch on the beach. It’s obvious that this watch is a lot more complex than the nearby sand and rocks. You take it apart and find dozens of intricate gears inside. It looks for all the world like somebody designed this thing. In fact, the simplest and best explanation is that somebody did design it.

Paley argued that the world, taken in its entirety, is like that watch. The universe is so complex and well-ordered that some intelligent agent or super-mind must have designed it. And that super-mind is, of course, God.*

Of course, Paley was a theologian. You might assume that the great scientists of history were more immune to this type of reasoning. But you’d be wrong. In fact, Isaac Newton – the guy who first used mathematics to describe gravity, and who Neil DeGrasse Tyson has called the “smartest person ever to walk the face of this earth” – thought that the planets’ orbit around the sun was so orderly and predictable that God must occasionally intervene to keep everything running, like a mechanic giving a little tune-up. Without God’s help, Newton reasoned, the solar system would eventually fall apart into chaos.

(Interesting tidbit: Newton thought that comets, which had been observed by skywatchers since prehistory, were the tool God used to “nudge” the planets back into their gravitational alignments. You can’t make this stuff up.)

So even Isaac Newton himself used the god of the gaps when he found something in the world he couldn’t explain. His formidable mind could explain quite a lot, so he decided that God must be the reason. And – voilà! – there was room for God in a scientific world.

The problem with this theological tactic is that, as the decades and centuries roll on, scientists rudely keep uncovering more and more reasons for mysterious phenomena. What used to be unexplainable scientifically becomes theoretically graspable, and then common knowledge. In Newton’s case, the French mathematician Pierre Laplace explained how planetary orbits stay stable through perturbation effects. When Napoleon asked Laplace what role God played in his model of the solar system, Laplace famously retorted, “Je n’avais pas besoin de cette hypothèse-là” – or, “I have no need of that hypothesis.”

So if your religious beliefs depend on unexplainable “gaps” in our scientific understanding, you’re in for a nasty shock, guaranteed. One lazy morning, steam gently rising from your coffee, you’ll casually open the Science section of the Times and see right there on the front page that some big-shot scientist has gone and, like a vandal, explained protein folding to everyone’s satisfaction. And they’re going to give her a Nobel Prize for it! To your horror, you’ll realize that your very reason for believing in God has been demolished like a block of homes in a fast-gentrifying city, making way for a luxury condo complex with a dog park.

Not a good way to start the weekend.

Like the neurologic effects of syphilis, the fallout from having your faith crushed by science can be serious and long-term. If you’re the excitable type, you might even do something rash, like join a creationist society or become a Reddit atheist. In fact, one of those two options is often inevitable for god-of-the-gaps types: once it becomes clear that the scientific worldview conflicts with their faith, they either retreat, like startled turtles, into religious fundamentalism – where they mistakenly figure that science can’t get them – or they decide that all religion is bollocks and become internet anti-theists. Frankly, neither option benefits our collective mental health.

So if you want to be religious responsibly, you need beliefs that aren’t so vulnerable to scientific advances. Take it from me: nobody is ever going to “prove” God scientifically using quantum mechanics or whatever – despite what the New Age aisle in your local Barnes & Noble wants you to think. Science is designed from the get-go to explain the world mechanistically, without purposes or intentions. That’s all it will ever show us. And this strategy has been astoundingly successful for explaining physical processes, so it isn’t going away anytime soon. Don’t expect science to give you a high impact-factor citation for your belief in an afterlife or God.

But I’m not arguing that religion should be cordoned off from the real world, as Stephen Jay Gould did with his concept of “non-overlapping magisteria.” Religion makes claims that science doesn’t make. A good example is that the stories of our lives actually matter. The scientific worldview is a de-centered one, in which the human subject is totally peripheral. Science assumes from the outset that the inner stories of our lives – the moment we first saw that our parents didn’t know everything, the loneliness we feel on Saturday afternoons when we suddenly remember family members who have died – are basically afterthoughts in the grand scheme of things. Most religious traditions, by contrast, argue that these parts of reality are the most important. You could even argue that science shows us what the world looks like when human experience doesn’t matter, and religion shows us exactly the opposite.

Religion and science aren’t non-overlapping magisteria. They’re distinct, sometimes clashing modes for grappling with the weirdness of the universe – but they do actually deal with the same universe, which is the only one there is. An example from psychology will show what I mean. William James, the American philosopher and psychologist, pointed out that it’s really hard to think and to think about thinking at the same time. He advocated for shifting back and forth, ducking into the immersive experience of the “stream of consciousness” (a phrase he invented) and then emerging back out into the cool, objective standpoint of the observer who detachedly notes the patterns of the thoughts, but privileging neither over the other. According to James, you need both perspectives in order to really understand human psychology. Take this observation and apply it to the whole of reality, and you’ve got a good model for the ideal relationship between religion and science. One looks at the universe from the outside. It takes a lot of practice to get right. The other looks at the universe from the inside, using cultural filters and ritual and mythologies. It also takes a lot of practice. Most people need both in order to live well. But nobody needs the god of the gaps.

Check out this music video about the god of the gaps and the cognitive science of religion, by rapper Baba Brinkman. The song is called, appropriately, “God of the Gaps.”

* Classical Christianity – as exemplified by, say, the 5th-century theologian St. Augustine – wasn’t terribly concerned with scientific questions at all, except inasmuch as they were relevant for salvation. Anglo-Protestant thinkers, by doing natural theology, implicitly transformed every scientific question into one that mattered for salvation. And so they set up the modern conflict between religion and science, which in a lot of respects has actually been a conflict between Protestantism and science all along.**

** I realize that I’ve attacked Protestantism a lot on this blog recently. But that’s not because I don’t like Protestantism. As anyone who reads this blog often knows (and is possibly exasperated by), I am an extremely equal-opportunity appreciator of religious traditions. Protestantism, with its anti-ritual biases and its unfortunate tendency to assume that all that matters about religion is mental propositions (rather than, say, traditions or bodily states), has caused plenty of problems in its time. But a lot of Reformed Protestant theology also includes a powerful appreciation of the sheer weirdness of the world, the ignorance of human beings in the face of the enormous cosmos, and the fallibility of our temporary, fragile human cultures. It’s pretty refreshing, especially if you’ve spent a lot of time in the American West – where everything is incredibly beautiful and also will kill you. A mountain canyon in Western Colorado is visually breathtaking, but if you get lost in it, you’re toast. Your bones will whiten under the grand, beautiful, imposing mountains, which will completely ignore you as they continue to be gorgeous. The world is beautiful and scary. That’s a real aspect of life that Reformed Protestant theology – such as Calvinism – understands better than any other religious tradition. So don’t get the impression that I’m biased against Protestantism. I just think it needs to be taken to task occasionally.***

*** Yes, I am now nesting footnotes. Pretty soon this blog will be all footnotes, with introductory paragraphs and stock-photo pics.

February 18, 2016
Why symbols matter for homo sapiens
Next Post

March 21, 2016 How "big gods" make us play nice
Recent Comments
0 | Leave a Comment
Browse Our Archives
get the latest from
Science On Religion
Sign up for our newsletter
POPULAR AT PATHEOS Public Square
1