Why the world needs liberals 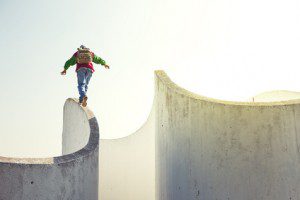 Here at Science On Religion, I’ve often written sympathetically about religion and more conservative forms of culture. I have good reasons for this. For one thing, the internet is an extremely welcoming place for voices that oppose religion and tradition. I think it’s good to challenge this reflexive individualism. But at the same time, I’m wildly grateful to live in a liberal society that allows for debate and encourages skepticism toward tradition. Studying religion may have awakened my conservative sensibilities – but I’m a patriot of liberalism. And you should be, too.

It would help to define some terms. When I say “conservatism,” I emphatically don’t mean the small-government, low-taxes (at least on the rich), neo-Reaganite ideology of most of the American Republican Party. And when I say “liberalism” I don’t mean the identity-politics-driven Blue Statism of the Democratic Party. Instead, what I mean is a complementary set of philosophical attitudes that have their roots in Enlightenment-era debates about the value of traditional authority.

In general, philosophical conservatism defends the value of tradition, positing an organic vision of the world in which each person is defined by his or her social obligations and roles. These roles are handed down from previous generations, transcending any one person. By upholding their social and spiritual obligations, people can achieve lives of meaning, purpose, and worth.

Philosophical liberalism, on the other hand, champions individual inquiry and autonomy and promotes skepticism of traditional authority. Liberalism is especially wary of traditional social roles and obligations, because it sees them as oppressive of individual liberty. (Exhibit A: women’s roles in nearly every culture, ever.)

The writings of John Locke and J.S. Mill are classic examples of philosophical liberalism. These thinkers mistrusted the authority of inherited cultural traditions, advocating instead for individual autonomy and rationality – particularly when it came to scientific reasoning and ethics. Meanwhile, philosophical conservatism finds its most classic expression in the works of Irish statesman Edmund Burke. Famously, Burke criticized the French Revolution for its radical destruction of traditional French society. He thought that change should come much more slowly, with more respect for the established social order (including, you know, fewer beheadings).

But there’s a lot more to conservatism and liberalism than philosophical musings by dead white guys. Over the past decade, it’s become increasingly clear that conservatism and liberalism are rooted in biological and psychological traits that are found in every society. These traits give rise to a spectrum of attitudes toward tradition, authority, and individual autonomy.

For instance, the evidence is very clear that liberals crave novel stimuli and unfamiliar experiences a lot more than conservatives do. This trait – which psychologists call openness to experience – impels people to search for new sensations, perspectives, and people. It’s probably not a coincidence, then, that residents of liberal-leaning states are more likely to own passports than residents of more conservative states – even controlling for income levels. If you’re a liberal, you crave new experiences, adventures, smells, and sights. For many liberal-minded people, international travel is a no-brainer.

Meanwhile, conservatives are much more attuned to threats and potential dangers than liberals. They experience more disgust – whether at the sight of a dead animal or the smell of strange, foreign food. Conservatives also prefer hard-and-fast clarity to ambiguity; they’d rather watch a straightforward film with good guys and bad guys than one of those interminable French movies where everything is shades of gray and the characters are extremely complex (to the point of impenetrability) and practically nothing happens.*

What’s more, these distinct personality styles are heritable. If your parents were liberal, the chances that you’ll be liberal are high – even if you’re adopted and raised by a conservative family. That’s because the personality traits that influence our politics are based, in part, on neurological wiring that’s coded by our genes. So your political personality is a bit like your eye color: both are products of your DNA.

Of course, eye color is pretty much fixed, but people can change their minds about politics. Despite their default differences, liberals and conservatives can talk to and influence each other, which is what (ideally) makes political debate possible.

And in fact, both sides have important insights to share. For instance, contrary to what Richard Florida implies, conservative personalities and philosophies are actually valuable. Like, really valuable. If everyone in society were liberal – constantly craving adventure, novelty, and individual autonomy –  global civilization would collapse in approximately four and a half hours. That’s because it takes conservatives to keep things running: to take over the family farm just because farming is what they’ve always known, or to pass down meaningful traditions to new generations.

(EXAMPLE: You know all that great cultural stuff you enjoy when traveling in a foreign country? The songs, the food, the festivals? It’s that country’s conservatives who keep that stuff going. Its liberals are probably over visiting your country, enjoying the stuff that your conservatives make possible. Upshot: if you like authentic human culture of any kind – whether it’s real Mexican food, quaint New England village meetings, or Hindu iconography – thank a conservative.)

But conservatism also needs to be challenged, and soundly. And that’s what I mean by being a patriot of liberalism. Conservatives generally accept the status quo, passing down what they’ve inherited more or less automatically. So they’re not great at, you know, questioning aspects of their traditions that really need to be questioned.

One example is the Anglo-American culture of the Southern United States, which historically has been entwined with a cosmic vision of a caste system in which black people are, well, on the bottom. Of course, that’s not all that Southern culture is – not by a long shot. A lot of Southern culture is unqualifiedly good. The respect for manners, the fierce loyalty to the land, respect for tradition – these things make Southern life richer, and I wish the rest of the country would learn to respect them more.

But they also conceal from many white Southerners the truly monstrous elements of Southern history – elements that are still alive today, as many black Southerners could tell you. And it’s conservatism, in the sense I’ve described it here, that makes it hard for many white Southerners to understand this. Conservatives pass down their entire inherited tradition: the admirable sense of honor and tradition, as well as the implicit, hierarchical view of human society in which each race has its natural place.†

See, cultures are basically big imagination games, where people play by the rules that are set down by respected authorities and tradition. And conservatism is the preference for accepting these shared mythologies, for acquiescing to legitimate authority, and for preserving and passing on shared frameworks of meaning. Preferring safety and security over adventure and novelty, conservatives make it possible for cultures to reproduce themselves – to bring each new generation into the fold, to keep the game going.

But, like any schoolyard make-believe game, these imagination games can go sour. They can become wildly unfair and hurt people. Liberalism, suspicious of inherited traditions and arbitrary rules, provides a kind of necessary release valve. It’s liberals – individualistic, rebellious, maybe even a bit self-righteous – who step outside the arena, look back in, and say, “Hey! This game is rigged!”

If we’re lucky, the conservatives who are still playing the game might listen and update the rules accordingly. But this corrective process only works if conservatives are willing to listen to liberals, and if liberals are willing to talk to conservatives. And American society isn’t scoring so brilliantly on those metrics these days. Many liberals have decided that conservatives are simply cavemen and should be marginalized.** And many conservatives irresponsibly ignore liberals’ views on big, systemic issues like climate change. Talk about a game going sour!

But fixing these problems is a topic for a different post. My point here is only that cultural liberalism is valuable. More than that: it’s something to feel patriotic towards. I’m lucky to live in a society that lets me criticize any aspect of tradition I want, and that supports people who step outside the cultural game. I’m grateful to pursue free inquiry in my research. Traditional societies offer other genuinely important benefits – warm cocoons of meaning, and clear roles and expectations – but untrammeled free inquiry usually isn’t one of them. Living in a liberal society is, in some ways, psychologically harder than living in a traditionalist culture. Someday, maybe we’ll find a way to balance the best of both. But meanwhile, I’m proud of the liberalism we’ve got.

* Okay, so I’m sympathetic with conservatives’ views on this issue.

† This is not to say that the North doesn’t have its own racism problems. It does. But the formalized racial caste system, legitimated by tradition, really is more of a Southern thing.

** At the risk of repeating myself: these extreme liberals don’t realize that completely marginalizing all conservatives would mean the end of all those neat authentic cultures they enjoy traveling to, because conservatism anywhere is what preserves tradition – by definition. No more conservatives means no more passed-down recipes, festivals, decorations, ethnic music. Just a worldwide Silicon Valley, where everything is new, new, new, all the time.

April 30, 2016 In which I am interviewed for a Vlog
Recent Comments
0 | Leave a Comment
"he catches on pretty quicklytt.QIANDONGNAN.INFO/Q10108E"
Mmirin The Natural History of Music
""
heftybookboy More Signal, Less Noise
"I'm jealous with jubel hmmmW.636PY.CO\cG10108b"
Ismail Akston Why Rites of Passage Are Painful
"back off. we already have a ML in mind.nA.7199.CX/v10108pP"
Cryden Faith and the Evolutionary Predicament
Browse Our Archives
Related posts from Science On Religion