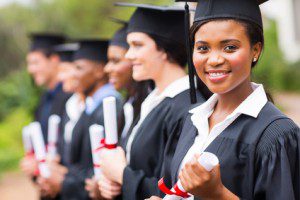 Last time, I wrote that American colleges and universities have an obligation to become more ideologically diverse by including more conservative perspectives. After all, college students, particularly at top-tier schools, are groomed for positions of power, and leaders who don’t understand half of the country won’t wield that power effectively. But the predominance of liberal morals in higher education has another effect. Steeped in a morality that emphasizes the prevention of harm above nearly everything else, many students learn to be reflexively skeptical of, and often hostile toward, power, hierarchy, and established social institutions – even though they themselves are often going to join and even become heads of those very institutions. Wouldn’t we be better off if our future leaders learned how to care for institutions, rather than pick them apart?

I raise this point because lately I’ve been thinking a lot about “social justice warriors:” young, often relatively privileged, educated people who take a combative stance toward the social status quo, and who are dedicated to sticking up for marginalized populations. Of course, the phrase “social justice warrior,” is often pejorative (especially when it comes from a talking head on Fox News), so I’m not going to use it. Instead, I’m going to use the more neutral, less buzzword-y phrase “social justice activism” to refer to the growing liberal/left sensibility that enjoys currency among many college-educated young people and current college students. I’m not saying that every college student is a social justice activist – or that those who are social justice activists are doing something wrong.

However, the ethics of social justice activism are extremely “liberal.” Under the the framework of psychologist Jonathan Haidt’s Moral Foundations Theory, humans have five basic moral instincts: harm prevention; fairness; in-group loyalty; authority; and purity. Liberals emphasize only the first two foundations – harm prevention and fairness – while conservatives draw all five foundations more or less equally. These distinct moral profiles help us understand why conservatives care so much about, for instance, national borders (in-group loyalty) while liberals are focused more on alleviating social injustice (harm prevention).

As a result, social justice rhetoric tends to downplay or even outright reject the conservative moral foundations – especially in regards to topics like privilege and power. This harm-and-fairness-based hostility toward hierarchy and privilege is relatively common in academia – particularly the humanities and social sciences, where the skew toward liberal values is, on average, most pronounced. For example, here’s part of a description for an upcoming international sociology conference:

Since the inception of the discipline, sociologists have been concerned with power, violence and justice. Current social, economic and political challenges enhance their relevance. As capitalist globalization expands and deepens, corporate power increases along with global, national and local inequalities.…Colonial histories and contemporary land appropriations reflect the structures and cultural processes that perpetuate violence against indigenous and minority communities. States’ failures to meet their responsibility to provide basic resources are often deflected by blaming the most vulnerable. Both global economic and geo-political processes create crises and massive displacements of people and, at the same time, fuel racism, nationalism and xenophobia.

The theme of the conference is “Power, Violence and Justice: Reflections, Responses and Responsibilities.” The rhetoric in the quote above makes clear that the scholars who will be attending this conference don’t see power, by and large, in a positive light. Power and social structures “perpetuate violence.” Governments “blame the most vulnerable” for their own failings. Power is implicated in “racism, nationalism and xenophobia.”

This conference isn’t unrepresentative of the rhetoric in the humanities and social sciences generally. I’m not trying to tar anyone or be unfair, because I value the humanities a lot (my PhD is in religious studies, after all), and as a postdoc I function as a social scientist. I think it’s simply accurate to say that, among the academic left, privilege is generally (not always, but generally) practically synonymous with oppression.

There’s More than One Kind of Privilege

And they’re not completely wrong. There’s a lot of abuse of authority in the world. A lot of social privilege really is destructive. No matter what conservative skeptics think, black Americans really are disproportionately treated unfairly by police. Systemic oppression is a real thing. But not all privilege is simply unjust advantage or oppression. If “privilege” means “high social rank,” then privilege can be several different things.

Dominance hierarchies are based on oppression and the threat of violence. They’re like the pecking orders in groups of chimpanzees: the alpha chimp is the one that out-intimidates everyone else.

But prestige hierarchies are based on respect – that is, esteem for abilities, talent, and social skills. In a prestige hierarchy, you climb the social ladder by demonstrating your knowledge and exhibiting courage or concern for others. And the single most important quality for leaders in a prestige hierarchy is generosity. That’s right: all over the world, people respect potential leaders who are quick to share.

To put it another way, a dominance hierarchy is like a rough playground, where the bullies push everyone else around. The bullies’ dominance is socially illegitimate, since it isn’t built on the consent of the people they abuse. But a prestige hierarchy is more like a debate club or soccer team. You rise up the ranks by demonstrating your skill and your concern for the group as a whole, by acting like a leader who looks out for the whole group. Leaders in this sense have legitimate authority: they rise to their position through the respect and consent of their peers.

So what happens when elite university professors don’t teach their students about prestige and leadership, but instead emphasize only the dominance aspect of hierarchy? These students – who, as I may have mentioned, are going to become the leaders of society’s major institutions in the not-too-distant future – will learn that privilege is all about dominance and oppression.

Leadership is a fraught topic in today’s world. We’re an individualistic culture. Compared with members of non-European societies, American college students in particular are cognitively WEIRD – Western, Educated, Industrialized, Rich, and Democratic. WEIRD people are a lot more focused, on average, on individuals, and less on social organizations and structure. This emphasis on the rights and autonomy of the individual enables a deep-set skepticism of authority. As such, when college students hear a phrase like “social hierarchy,” they don’t think about legitimate authority; they think oppression and injustice.

Meanwhile, the fact that professors are predominately liberal only serves to keep students further in the dark about the potential benefits of leadership and legitimate prestige. After all, the philosopher of science Karl Popper said that a liberal was someone “who values individual freedom and who is alive to the dangers inherent in all forms of power and authority.”

Such skepticism toward hierarchy-as-oppression makes it hard to teach students about hierarchy-as-prestige and legitimate leadership. Yet leadership is necessary for complex society to function. Studies in social psychology, management science, and cognitive motor science have shown that leader-follower relations are crucial for coordination. Hierarchical decision-making facilitates the coordination of distinct, interdependent processes towards a shared end, whether that end is running a municipal department or storming Normandy’s beaches.

And so when academic critique of power slides into wholesale rejection of the concept of hierarchy – which it often does – it becomes an attack on the very resources we need to actually come together and address big social problems. A society without functioning leadership is one where infrastructure breaks down, where political processes to grind to an ugly halt, where authorities and the wealthy abandon their social responsibilities.

Hey. Does that sound familiar?

Let me say it again: society absolutely depends on coordination, and coordination depends on leadership. Coordination doesn’t reduce to mere cooperation – it’s not just people being nice and treating each other well. Coordination is more complex than that. It’s different people doing different things, and combining the complementary fruits of those actions into greater good.

My point isn’t to jab at academics or professors, who are largely decent people who simply want to teach and write about the subjects they/we love. It’s also not to attack social justice activists and students, who are, for the most part, sincerely committed to making the world a better place.

Instead, what I’m trying to suggest is just that (1) the college environment is increasingly dominated by political liberals, who, in downplaying the “binding” moral foundations of authority, purity, and loyalty, are reflexively skeptical of authority and hierarchy; and (2) therefore, college students – who are the future  leaders of our society – don’t receive a sufficiently realistic picture of what hierarchy actually is.

It’s a privilege of youth to consider authority just something to rebel against. Once you realize that there’s no law of nature dictating that the sewer guys will always show up to fix the main under your street, you understand that authority isn’t just evil. It also makes all the stuff you depend on possible. Those sewer guys work hard to make it possible for you to flush your toilet. An enormous system of education, taxes, trade schools, and municipal leadership ensures that they know how to do their jobs, and where and when to go to do them. That system would be impossible without a leadership structure.

Again, there really is a tremendous amount of unfairness and injustice in the world. Systemic racism and oppression are not things that liberals invented in order to get attention. They’re real. It’s important that college students learn to identify them and fight against them. It’s also important to teach students to be suspicious of power and authority, because Lord Acton was right – power corrupts. Even prestige hierarchies can turn into dominance hierarchies if people get complacent. At its best, liberal morality keeps us from getting complacent. It puts us on guard against the abuses of authority.

But conservative morality does something good, too. It teaches people to appreciate the benefits of authority, of leadership and loyalty. It encourages young people to work their way slowly up the ladder, and – most importantly – to accept the heavy responsibilities of leadership that come when success is achieved. I’m not saying that actual conservatives in America exemplify these virtues; in fact, it sometimes seems we don’t even have any actual conservatives, unless they are hiding like frightened prairie voles somewhere. But I am saying that if more professors taught students to see hierarchy in a “conservative” way – to attest to its virtues, not just its many vices – the entire world would benefit.

February 24, 2017 Want to study the science of religion? Start with this MOOC
Recent Comments
0 | Leave a Comment
Browse Our Archives
get the latest from
Science On Religion
Sign up for our newsletter
POPULAR AT PATHEOS Public Square
1

Should the Southern Baptist Convention rename...
Religion Q & A
Related posts from Science On Religion

Controversy over Communion in the Catholic Church goes...
Biden is not the first public figure to whom the Catholic Church...
view all Public Square blogs
What Are Your Thoughts?leave a comment
Copyright 2008-2021, Patheos. All rights reserved.