A computer model of atheism? 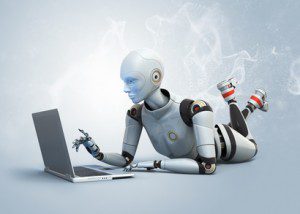 Since earning my PhD last year, I’ve been working as a postdoc on the Modeling Religion Project at the Center for Mind and Culture in Boston. We use computer simulations to refine and compare theories of religion, cognition, and culture, trying to understand, say, the causal relationships between ritual behavior and social and psychological outcomes. And people are starting to pay attention. Recently, the science magazine Nautilus published a feature-length article on our project. The author, Michael Fitzgerald, highlighted our team’s attempts to understand the role that religion has played in large-scale cultural transformations, like the switch from a hunter-gatherer lifestyle to settled agriculture – or the rise of secularism in the modern West.

Provocatively titled “Atheism, the Computer Model,” the article isn’t really about atheism. (But the word “atheism” is a top click-getter on the internet.) Instead, it’s about our work to formalize theories of religion and culture, as well as the simulations we’ve built to examine tricky research questions. The article particularly highlights the research by the members of our team – especially our two principle investigators, Wesley Wildman and LeRon Shults – on large-scale civilizational transformations, such as the shift from hunter-gatherer lifestyles to settled agriculture.

Inspired by a visit to the Turkish archeological site Çatalhöyük – a neolithic settlement that was inhabited from 7500 BCE to 5700 BCE by an egalitarian farming and hunting people – Wildman and Shults began wondering how they could use computer simulations to study ancient religions and societies. Çatalöyük is famous for its many carved figurines, which probably represented gods or other religious figures. Many theories exist to explain why religion exists and what its role in culture might be, but it’s not always realistic to carry out experiments on actual people or religions (especially when the religion in question has been extinct for seven millennia). Because of this, computer simulations are one way for researchers to evaluate hypotheses and compare theories of religion.

As Fitzgerald points out, one particular research interest of the Modeling Religion Project has been the Big Gods hypothesis, which posits that universal, moralizing gods were an important ingredient in the transition to more complex, larger-scale cultures. In smaller-scale societies, such as hunter-gatherer bands, spirits and gods don’t necessarily care whether you steal from your neighbor or if you’re kind to strangers. Instead, these gods and spirits might care whether you, say, perform the right rituals before hunting in the forest.

Hunting rituals may be an important part of many tribes’ religious life, but Ara Norenzayan, the psychologist who coined the term “Big Gods,” argues that a more inclusive – and human-centered – moral sensibility is necessary for complex cultures to form. Big religions, such as Buddhism or Christianity, may have offered just that kind of sensibility.

Of course, Çatalhöyük didn’t have Christians or Buddhists (it was about five millennia too early for that), but its residents did seem to have a high degree of social cohesion and a shared worldview. The models Wildman and Shults have built suggest that this religious “glue” was probably important for catalyzing the switch from nomadic hunter-gatherer lifestyles to town-building and, eventually, to city-building and civilization. As Fitzgerald writes, “We often think of religion as divisive, forgetting it plays an important role in bringing different people together.”

Will the World Keep Secularizing?

When journalists contact us about our research, they’re usually interested in secularization – the putative decline in religiosity that’s been observed over recent decades in the West. Will secularization continue? Is a world without religion on the horizon?

Demographic research and our computer simulations suggest that the answers to those questions are, paradoxically, “yes” and “no.”  Secularization will likely continue in regions of the world that have stable governments, high standards of living, strong educational institutions, and open cultures. In such regions, the external pressures that inspire religious belief – or which awaken the need for religious comfort – are less common, and social pressure to believe is weaker. As a result, religiosity can begin to lose its hold on everyday people. If you’re not going to sleep each night wondering where your next meal is coming from, there’s less reason to pray to God for help.

But around the world, the combination of factors that leads to secularization is rare and difficult to maintain. In the language of complex systems, it’s an unstable attractor. A single ecological crisis, large-scale war, or a shift of political institutions could quickly demolish the rarified conditions that are friendly to secularism.

As such, most models predict that it’s unlikely that the world will ever be fully secular or nonreligious, the dreams of Carl Sagan or E.O. Wilson notwithstanding. Instead, as societies rise and fall we’ll probably see fluctuating levels of religiosity that roughly – though not perfectly – track levels of economic plenty and cultural openness.

Importantly, wherever people’s religious proclivities turn up, they’ll invariably affect the ways people work, live, and govern themselves. These effects are what allow us to model religious factors in human life. As Saikou Diallo – one of our collaborators at the Virginia Modeling, Analysis, and Simulation Center – points out in the Nautilus article, we can’t simulate feelings or beliefs in a computer. We can only represent their effects. And from what we know currently, the effects of religiosity imply that, in a real way, there’s not really any such thing as a fully “secular” society. Religious attitudes – or lack thereof – always have social and political consequences. And that’s why studying religion matters.

February 24, 2017
Want to study the science of religion? Start with this MOOC
Next Post

March 28, 2017 Is a secular America a worse America?
Recent Comments
0 | Leave a Comment
"This blog is still active, yes. I saw that one of your comments got trapped ..."
connorwood The Joys and Challenges of Interdisciplinary ..."
"I’m not sure if these comments are moderated or if this blog is still active ..."
Positivist The Joys and Challenges of Interdisciplinary ..."
"Very intriguing. Would it be more accurate to compare them as different mental constructions, not ..."
Paula Ruddy How Religion Is Like Play
"Thank Connorwood , I am very pleased to read such an interesting article ! my ..."
Najeeb Alomaisi The End of the Conflict Between ..."
Browse Our Archives
get the latest from
Science On Religion
Sign up for our newsletter
POPULAR AT PATHEOS Public Square
1