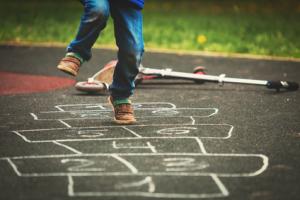 Is religion a form of play? I asked this question in a recent article in Orbiter, a new online magazine that tackles the relationship between science and meaning. Taking an evolutionary biological perspective, the article argued that, despite often seeming very serious, religion actually has many features in common with animal play behavior. I also drew on the historian Johan Huizinga’s famous argument that human civilization itself is founded on play to show how religious practices and rituals have many points of overlap with make-believe, and that these acts of religious play are crucial for understanding how humanity works. We don’t just believe religious doctrines. We also act them out. Religion is performed, not just believed or denied.

This is a fairly different perspective from what’s found in most popular discussions of religion in the U.S. and Europe, which tend to emphasize religious belief over practice. Take the New Atheist writings of evolutionary biologist and anti-religion polemicist Richard Dawkins, who describes religion as based on “delusions,” or false beliefs. To Dawkins’s eyes, people either believe in religious claims, or they don’t. And since – in Dawkins’s view – religious claims are false, people who believe them are by definition falling prey to a delusion.

Or consider contemporary American evangelical Protestantism, which emphasizes personal belief in Jesus above all other aspects of faith and religious life. Many evangelical churches don’t offer communion each Sunday, relying instead on members’ inner mental convictions to keep up their faith. Since evangelicals are such a large bloc of Americans, their biases about religion inform a lot of public discourse on the religious dimensions of life. As a result, articles in venues ranging from Buzzfeed to the Washington Post tend to conflate religion with belief – or lack thereof – in doctrines and God.

But, while beliefs and credences certainly certainly are crucial, they’re not all there is to religion. And we’ll never understand religious beliefs themselves if we don’t pay attention to the actions and contexts that surround them. So what are some elements of religious practices that are reminiscent of play? Well, summarizing and extrapolating on my Orbiter article, here’s a list:

1. Both religion and play depend on make-believe.

When my brothers and I were kids, we were just about the last American children who still actually played cowboys. We had cap guns that make a loud bang when you shot them, fake cowboy hats, and little plastic sheriff’s badges. Proudly displaying these accoutrements, we’d run around the neighborhood, shooting each other.

Not for one second did we actually believe we were shooting real bullets or that we were really engaged in a shootout in the Wild West. We knew that we were kids, running around a neighborhood, pretending to be something we weren’t.

But the pretend was very…compelling. It didn’t feel like we were just kids with toy guns – it felt like a strange combination of being both children and cowboys, of living in a 20th-century neighborhood and in a fantasy world of shootouts, stage coaches, and bad guys. We got swept up in the play, in other words. How did we manage that?

Well, we had rules, and we had performances that were expected of us. You couldn’t talk about telephones or T.V. or cars during the game, because those things didn’t exist yet. You had to act like a cowboy (or like the ones you’d seen on T.V.). And you had to dress the part. We couldn’t play cowboys if you were still wearing your Teenage Mutant Ninja Turtles t-shirt. You had to wear a flannel shirt, jeans, and preferably a vest and hat. (We really got into this.)

If the rules were broken, the game ended or was temporarily set aside. For example, if someone fell down, skinned an elbow, and started crying, the make-believe world of the game was shattered and the real world came back in force. If we got called in for dinner, the game was over for the day. The game – and the entire imaginary world that it entailed – only existed as long as we were acting our parts.

Similarly, religion depends on people acting their parts, and performing according to particular rules that help believers evoke an essentially alternative vision of what the world is. This is why you behave differently in church, temple, or the mosque than you do out in the everyday world. And it’s why the expectations for behavior in religious settings are often so strict. The religious congregation is evoking a make-believe world, which depends on everyone acting their part to seem compelling.

If you take a cell phone call during the sermon, or wink and give everyone a knowing, too-cool-for-school expression as you take communion, you’re not just being rude – you’re also ruining  the imaginative world by pointing out that it’s, well, imaginative. Both play and religion depend on a certain willingness to suspend disbelief, to “get into” the proceedings, to act “as if” certain things were true.

2. Both religion and play depend on set-aside spaces and boundaries.

Many kinds of play depend on specific, delimited boundaries that mark out the play space from the real world. These boundaries can be – and usually are – both in space and time. My brothers and I only had to wear flannel shirts and vests and hip holsters when we were playing cowboys, not at other times. And we couldn’t play cowboys inside the house.

Similarly, the rules for basketball only apply within the bounds of the court, and only when the ball is in play. The instant a basketball goes out of bounds, it’s not “in play” anymore, so the game pauses. That’s a spatial boundary. But after the last buzzer sounds, the ball isn’t in play even on the court anymore. The court itself stops being a special zone with special rules, and becomes just a rectangle of wood and paint. That’s a temporal boundary. Play depends on set-apart spaces and times, where rules discriminate the imaginary reality from the everyday world.

Religions of all kinds also feature lots of boundaries. The anthropologist Mary Douglas argued that boundary-keeping was actually central to religion, and that’s why so many religions have taboos and sacred spaces. For example, both Jewish believers and Muslims can’t eat pork. That’s not because they’re allergic to it, or for any other physical reason. It’s an arbitrary cultural limit, a boundary in what’s possible for Jews and Muslims to do and still retain good standing in their communities. Before the Second Vatican Council of the 1960s, Catholicism used to have many similar boundaries, including the obligation to fast on Fridays. It was a way for Catholics to mark the end of the week (an arbitrary boundary in time) by refraining from eating meat (a boundary in the space of possible choices). And of course, most religions have temples or other buildings that delimit the interior, “sacred” space from the profane exterior world.

3. Religion and play both depend on insulation against serious problems

Animals don’t play when they’re starving or being attacked. Neither do humans. Across the animal kingdom, wherever play is found, it’s always when there’s a “relaxed field,” or a state of relative freedom from immediate hunger, danger, or other necessity. This is why baby animals play so much more than adults do – adult animals (human and nonhuman alike) spend much of their time taking care of basic practical needs, from securing food and shelter to fending off enemies to paying bills or taxes. When we’re focused on an immediate, practical goal, we’re not in play mode. We’re in work mode. Based on this distinction between practical problem-solving and play, Huizinga insisted that the opposite of play wasn’t seriousness (play can be serious, as any football fan can easily demonstrate), but work.

Similarly, religion, despite being often very serious, is also one step removed from practical problems. When a congregation is at worship, they’re not practically solving any immediate physical problem – they’re not planting crops, repairing roofs, or clocking in at the factory or office. Instead, they’re focused on concerns that are a bit more abstract, and a bit more story-like. In fact, many religions regularly ask their adherents to do things that seem to cut against survival, like fasting or carrying out sacrifices. Just like animal play isn’t focused on survival, religion isn’t aimed at securing the material goods of life.

The human ability to conceive of alternative worlds and then use performance and ritual to make those worlds seem real is crucial – I mean absolutely vital – for understanding not only religion, but human evolution, society, and psychology alike. Paying attention to the relationship between religion and play is one avenue for exploring those connections, and so for getting better insight into what humans are all about.

On this note, I gave a talk on the relationship between religion and play at a recent conference on the evolution of religion in the Santa Ana Pueblo, New Mexico, where scientists and scholars from around the world gathered to debate the origins of human religiosity. Look for an edited volume based on that conference to come out in the next year and a half, with one chapter on this topic.

Also, I’ll be giving a talk on a somewhat related subject at an upcoming workshop on the evolution of music at Royaumont Abbey, outside of Paris, France, in December. The organizers of that workshop – researchers at the Institute for Advanced Study in Toulouse – hope that scholars and members of the public will sign up and attend the talks. You can get on the list to attend by writing to: theoriginsofmusic.conf@iast.fr. Hope to see you there. 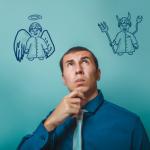 October 31, 2017
Yes, religion is connected with morality. Here's how
Next Post 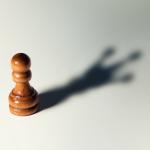