Why Postmodernism and Science Can’t Stand Each Other 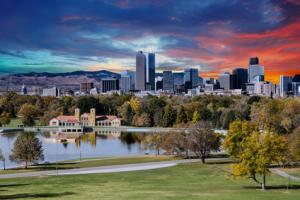 I’m freshly back from Denver, where the annual conference of the American Academy of Religion (AAR) took place this year. The AAR is the world’s largest academic body focused on the study of religion. It includes everything under its big tent – experts in ancient Daoist texts, Biblical historians, Sanskrit scholars, sociologists of religion, transhumanists, and even – yes – cognitive scientists of religion. Attending the AAR is a little bit like finding yourself in one of those edge-of-the-galaxy bazaars Star Wars characters are always getting lost in: it’s massively diverse, baffling, crowded, and filled with incompatible languages. Of course, one of the biggest language barriers in academia is between the humanities and the sciences – and the AAR is no exception.

As I’ve recently written here, the secular, academic study of religion is mostly dominated by humanities scholars – that is, experts in texts, foreign and classical languages, areas studies, and social theory. Only a small minority of religious studies scholars use scientific or quantitative methods, and their choice to do so is often controversial. Generally, religious studies sees itself as a discipline whose objective to skillfully and sensitively interpret religious phenomena. This is what the sociologist Max Weber called verstehen, or “understanding.” To pursue verstehen is to try to get inside a religious tradition or practice, to understand it from the practitioner’s point of view, without necessarily coming to believe its actual religious claims. Verstehen is usually associated with the soft social sciences, but it also captures much of the humanities’ aims. Humanists try to sensitively understand their subject material – to focus deeply on the rich context of a particular period in history, or a unique region of the world.

By contrast, scientists generally try to explain things (in German, erklären). They aim to come up with general laws that give rise to particular phenomena. As such, particular cases or examples are only interesting if they help shed light on the impersonal and universal laws behind them. So a scientist who studies religion isn’t very likely to focus on the rhetorical techniques of Classical Sanskrit for the sheer fun of it. Instead, she’ll dive into such a subfield only if it can help illuminate, say, how religious ideas spread in general – that is, if it can generate new general principles that she can apply to other periods of history. Scientific ideas are supposed to be transposable, not limited to particular cases. That’s what makes them scientific.

So there’s a real cultural gap between the humanities and the sciences. To humanities scholars, scientists who study religion often seem equal parts arrogant and naïve – blusteringly confident that their generalizing methods will apply to any given individual religious datum, yet shockingly ignorant of actual religious texts or traditions. To scientists, humanities scholars who refuse to accept scientific methods can seem old-fashioned, backwards, or stubborn.

But there’s another kink to the story. The humanities are also heavily influenced by postmodern, postcolonial, and critical theories. These theories are diverse and difficult (impossibly, actually) to define clearly without writing a dissertation (and they’re not all the same thing). But they share in common several core assumptions that bear on the relationship between the sciences and the humanities:

To translate, postmodern theories claim that knowledge isn’t really objective. Rather, it’s produced by social discourses, which are inherently normative, or value-laden. As such, there’s no such thing as a neutral statement of pure fact. Even the most seemingly humdrum truth claims are actually tools that help to advance some particular social agenda or other. For example, if I claim that ritual helps to create common bonds between participants, a critic influenced by postmodern theories might accuse me of using essentialized generalizations to uphold a status quo that in fact uses social rituals (such as national holidays and televised football games) to legitimize oppression (such as structural injustice in American society). They might suggest that my views about the usefulness of ritual are actually a function of my position within the omnipresent power structures of late-capitalist society. By trying to get students and readers to think that ritual is objectively a socially useful thing, I’m actually shoring up the consensus for the social system I benefit from.

This is only a very, very rough description of postmodern epistemology. In reality, postmodernism is very complex, with lots of different, often conflicting streams included within it. For instance, some forms of postmodern thought claim to owe a debt to Marx and his followers, while most others are actually anti-Marxian. But all strains of postmodern thought insist that knowledge is really a function of social identity and location; that it’s impossible to separate a speaker’s point of view from her beliefs; and that power relations are at the heart of any discourse.

All of these axioms are, of course, seriously at odds with the values of science. Scientists believe that they’re pursuing objective, verifiable truth; that personal identity and perspective should be irrelevant in deciding what’s real; and that social biases can and should be decisively filtered out of scientific inquiry. The “postmodern” worldview and the scientific worldview are, in many ways, saying completely incompatible things about how knowledge works.

It’s not surprising, then, that many of the most vocal and outspoken critics of postmodernism have been scientists. The physicist Alan Sokal became famous in the 1990s for publishing a hoax paper in a postmodern cultural studies journal in which he claimed to argue that modern science is actually a prop for an “ideology of domination.” Despite the fact that the arguments in his paper didn’t really support his conclusions, the paper was published in the journal Social Text – and Sokal promptly went public with the hoax, citing the journal’s willingness to publish a nonsense paper as evidence that ideology was more important to its editors than evidence or sound reasoning.*

More recently, the psychologist, linguist, and rationalist Steven Pinker has been outspoken in his criticism of postmodern theory, savagely intoning that

The humanities have yet to recover from the disaster of postmodernism, with its defiant obscurantism, self-refuting relativism, and suffocating political correctness. Many of its luminaries – Nietzsche, Heidegger, Foucault, Lacan, Derrida, the Critical Theorists – are morose cultural pessimists who declare that modernity is odious, all statements are paradoxical, works of art are tools of oppression, liberal democracy is the same as fascism, and Western civilization is circling the drain.

Leaving aside inaccuracies in Pinker’s diatribe (Nietzsche died half a century before postmodernism came into its own as an intellectual movement), it’s clear that people who value the Enlightenment, scientific reasoning, and objectivity are often left cold by postmodern theories. And the reverse is often true, too – postmodern theorists aren’t too keen on thinkers like Steven Pinker, who believe that Science™ really can explain and conquer everything, that there’s a universal, objective point of view, and that – conveniently – they (the scientists) happen to occupy it.

So there’s a lot more to the divide between the humanities and the sciences than just erklären versus verstehen (or nomothetic versus idiographic analysis, if you want to get technical). There’s a real conflict in how scholars in these different camps understand knowledge itself. Scientists believe we can get outside of cultural and social context, to discover how the world is in itself. Most humanities scholars are skeptical about this. They think that social context follows us wherever we go, that we can never get outside of social discourse, and that pretensions of objectivity are often cover-ups for particular social agendas.

As usual, both sides have some good points. Scientists often are pretty naïve about the ways that social context and cultural bias inflect their own reasoning, and the prestige of science really has been used as a tool for legitimizing oppressive institutions time and time again (remember drapetomania, the mental health “diagnosis” that applied to American slaves who wanted to run away?). But hardcore postmodernists or social constructionists also have a tough time explaining why science works so much of the time – why we can identify the mass of an electron, or how it is that we can use Newtonian physics to successfully land a rocket on the moon. At its extremes, postmodernism can also be self-refuting, as Pinker accuses. If every truth claim is just a function of power arrangements and social discourse rather than objective fact, then so are the claims of postmodernism itself. And if those claims are merely relative, then they can’t apply universally – and we’re left with a paradox. Are truth claims always socially relative, or aren’t they? It’s a kind of version of the liar paradox: if the sentence “this sentence is a lie” is true, then it’s false, which means it’s true…and so on ad infinitum.

None of the panels I attended at the American Academy of Religion conference this year addressed these questions directly. But as a researcher who straddles the worlds of the humanities and the sciences, it’s impossible not to feel the tension when the paper I’m presenting is a reductive, explanatory model of religious cognition, while the papers being presented elsewhere in the conference at the same time are diving deeply into the social and cultural contexts of particular traditions. It’s not necessarily a bad tension, though. Tension is often the necessary precondition for creativity. And a humble but self-confident science that takes the critiques of postmodernism seriously, but firmly refuses to turn aside from the quest to learn real things about the objective world, would be a creative thing indeed.

* See also the recent “Sokal Squared” hoax, in which a trio of writers managed to get more than a half-dozen nonsense papers published in postmodern or critical-theory journals by flattering the editors’ ideological biases. I might write more about this sometime. 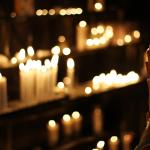 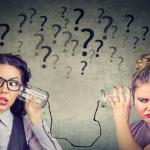 December 11, 2018 Measuring the Evolution Gap between the Humanities and the Sciences
Recent Comments
0 | Leave a Comment
Browse Our Archives
Related posts from Science On Religion