Measuring the Evolution Gap between the Humanities and the Sciences

Measuring the Evolution Gap between the Humanities and the Sciences December 11, 2018 Connor Wood 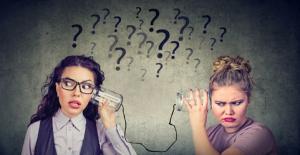 The humanities and the sciences are often at loggerheads, particularly when it comes to evolutionary explanations for human behavior. Humanities scholars typically believe that most aspects of human life are driven by variable cultural factors, while scientifically-minded researchers are often more comfortable using genetics or evolution to understand the way humans behave. This split creates – and is a symptom of – higher-level disagreements about human nature, because evolution is the predominant theory of the life sciences. A recent research paper in a new journal suggests that, by cordoning off their own subject matter from evolutionary theory, the humanities and soft social sciences are isolating themselves from today’s most important intellectual conversations. But the findings also offer some rays of hope, while raising a few questions of their own.

The paper, “A Cross-Disciplinary Study of Beliefs about Human Nature, Culture, and Science,” appeared last year in the first issue of the new journal Evolutionary Studies in Imaginative Culture. The journal’s founding editor, Joseph Carroll, also lead-authored the paper. Carroll, a professor at the University of Missouri – Saint Louis, believes that the humanities – including his own field, English literature – need to do a better job incorporating insights from the evolutionary biological sciences into their own research programs. The journal’s title is a nod to the tension between social constructionism (the claim that important features of human thought and behavior result from social processes that vary from culture to culture) and evolutionism, which locates the roots for many human behaviors in a universal genetic background. Importantly, the journal’s editorial outlook refuses to dismiss either perspective, assuming instead that humans have “imaginative culture” that varies culturally, but that the very foundations for culture are found in humankind’s shared genetic inheritance.

For the study, Carroll and his co-authors crafted a survey of attitudes about scientific and cultural explanations for human behavior, and then solicited responses from more than 600 researchers across a range of academic specializations. The respondents were experts in more than 20 different fields, ranging from sociology and anthropology to gender studies, psychology, and evolutionary social sciences. Some respondents were also classified as “evolutionary humanists,” or scholars in traditional humanities disciplines – such as literature or history – who nonetheless used evolutionary reasoning in their own work. Other fields included film studies, religious studies, and the history and philosophy of science.

Survey: Attitudes toward Evolution in the Humanities and Social Sciences

The survey items clustered into four basic categories or factors, which the authors named environmental determinism, genetic determinism, gene-environment interactionism, and scientific explanation. For example, a survey item measuring environmental determinism asked respondents whether they agreed that “Cultures vary so widely that one cannot identify any important underlying commonalities of values, beliefs, and feelings among all cultures.” Genetic determinism was measured by items such as “Human values, beliefs, and feelings are derived exclusively or predominately from genetically transmitted characteristics.” Gene-environment interactionism reflected the belief that both biologically universal and culturally particular factors play a role in shaping human behavior, and was measured with items such as “Human behavior is produced by an interaction between genetically transmitted characteristics and environmental conditions, including cultural conventions.”

The fourth factor, scientific explanation, differed from the others in that it focused on how questions are answered, not what sorts of explanations are most reasonable. Items that were included in this factor included, “Nature forms a unified structure that can be objectively known by science,” and “Subjective human experience can be explained scientifically.” Together, these items essentially formed a single scale that measured how comprehensively respondents thought science could explain the world.

Broken down by academic specialization, the results of the study were both fascinating and bracing. Unsurprisingly, the humanities and humanistic social sciences showed higher overall scores for belief in environmental determinism, with the visual arts, sociology, drama, and anthropology leading the way. By contrast, scholars in the evolutionary humanities, evolutionary social sciences, philosophy, and psychology overwhelmingly rejected the idea that all human behavior could be reduced to cultural rather than biological causes. (Oddly, film studies clustered with the evolutionary social sciences and psychology on this factor.)

On the other hand, the evolutionary humanities, evolutionary social sciences, economics, and political science showed strong support for genetic determinism, whereas ethnic studies, women’s and gender studies, and anthropology were most opposed. Again, this pattern of results isn’t in the least bit surprising. Women’s and gender studies and ethnic studies are often aimed explicitly at deconstructing received ideas about the “naturalness” of ethnic differences or gender roles, and so scholars in these fields often resist universalizing claims about genetically innate human nature. Interestingly, though, film studies once more clustered with the more “sciencey” fields in this factor, whereas music scholars were heavily skeptical of genetic determinism.* Even more interestingly, religious studies scholars scored on the relative high end for both environmental determinism and genetic determinism.**

For gene-environment interactionism, the results were less polarized and more consistently positive across disciplines. In fact, not a single field scored below the scale midpoint of 4 for the gene-environment interactionism factor – meaning that, on average, respondents from all fields agreed that human behavior reflects a combination of genetic and environmental or cultural inputs. The field that scored lowest was ethnic studies (which still averaged 4.53, indicating mild agreement), while the highest-scoring fields were once again the evolutionary humanities and the evolutionary social sciences. There was little spread between disciplines, with most fields showing an average score between 5.5 and 6.5.

For scientific explanation, results were once again polarized in relatively predictable ways. Respondents from the fields of drama, literary studies, ethnic studies, and women’s and gender studies were generally skeptical of universal scientific explanations for human behavior and nature, while scholars in the evolutionary social sciences, political science, economics, and evolutionary humanities were quite optimistic about science’s ability to explain things. A subsequent statistical test (an analysis of variance, or ANOVA) showed that, across fields, evolutionists scored more highly than non-evolutionists, while social scientists scored more highly than humanists. In general, there was more of a gap between the humanities and the social sciences on the scientific explanation factor than any of the other three factors. In addition, positive attitudes toward scientific explanation were strongly inversely correlated with environmental determinism – that is, the more supportive respondents were of science in general, the less credence they gave to purely cultural explanations for human phenomena.

The study’s authors also asked respondents to provide qualitative feedback, and quotes from these respondents are illuminative. One historian wrote:

Human (Darwinian) evolution/origin of species remains a theory, embedded in categories then words of human invention. No historian, of any segment of humanity, could ever agree that such a universal is absolutely true.

On the opposite extreme, an evolutionary social scientist claimed that not only does culture not explain human differences, but that it doesn’t even exist:

I don’t know what culture is. I see animal behavior as an effect of genes interacting with environments. I see human behavior in the same way. I don’t find it necessary to evoke ‘culture’ in either case.

Implications: Can the Humanities and Sciences Ever Play Nicely Together?

Overall, the study confirmed that researchers in the humanities tend to be more skeptical of scientific and evolutionary explanations for human behavior than their counterparts in the harder social sciences. This result isn’t particularly surprising, but it does help substantiate the commonsense intuition that evolutionary explanations are often unwelcome in the humanities. At the same time, the majority of respondents in all disciplines agreed that human behavior is the product of interactions between genetic and cultural influences. This might be heartening grounds for optimism that, eventually, the humanities and soft social sciences may find common theoretical ground with the harder evolutionary and biological sciences.

However, Carroll and his co-authors caution that respondents didn’t necessarily agree on what it means that both genes and culture influence behavior. After all, some respondents (mostly in the evolutionary social sciences) argued that, although genetics and culture are both important, genes were more so. Others (mostly in the humanities) emphasized that culture and environment were by far the more decisive influence. There really does seem to be a cultural and epistemic gap between the evolutionary sciences and the humanities.

I wonder whether something similar is going on with humanities scholars who use evolutionary theory today – coming from a humanities background, they may accurately sense that evolutionary reasoning is powerful, predictive, and applicable to a sweeping range of human questions. But not having been formally trained in the biological sciences, they might not yet have have their high hopes for evolutionary science dashed on the rough shoals of actual scientific practice. Consequently, such researchers might be especially optimistic about the ability of biological and genetic explanations to illuminate all human questions – which in turn might help induce defenders of the traditional humanities to be even more biased against the harder human sciences, as they come to associate support for evolutionary explanations with shallow (if cheerful) scientism.

But no matter how justified humanities scholars are in their skepticism of scientism, evolutionary theory really is the mother framework for every other theory in the life sciences – and, by extension, the human sciences. The biologist Theodosius Dobzhansky famously argued that “nothing in biology makes sense except in the light of evolution.” If we’re going to explain human behavior, eventually we’re going to need to make all our explanations cohere in one way or another with the neo-Darwinian synthesis. Carroll’s paper shows how difficult this may turn out to be, politically if not methodologically. But his new journal might be one bridge over the gap.

Read more about the study here.

* Ten points for anyone who can offer a credible explanation for why film studies folks are so weird (in this context) compared to other humanities scholars. Seriously, what’s the deal? Why are film studies profs so gung-ho about human evolution?

** There’s a joke to be made here about religious studies scholars, but I’m not sure what it is. 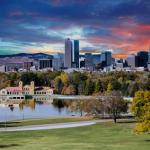 November 29, 2018
Why Postmodernism and Science Can't Stand Each Other
Next Post 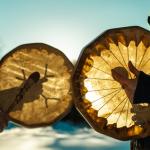 December 22, 2018 How to "Grow" Shamanism in a Computer Model
Recent Comments
0 | Leave a Comment
Browse Our Archives
get the latest from
Science On Religion
Sign up for our newsletter
POPULAR AT PATHEOS Public Square
1

Controversy over Communion in the Catholic...
The Conversation
3