First Came the Temple – Then the City? 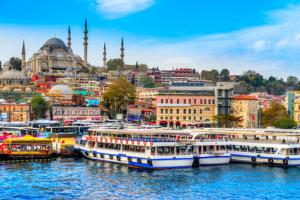 I’m about three miles over Thrace, the European part of Turkey. Last week I gave a talk at 29 Mayıs Üniversitesi in Istanbul, and afterward my wife and I toured Anatolia for a few days, visiting Cappadocia and the Museum of Anatolian Civilizations in Ankara. We’re currently headed home on a crowded flight via Morocco. But what’s really interesting to me is the many little Turkish towns scattered throughout the hills and farmland below us. More specifically, the mosques that invariably stand proudly, minarets gleaming, in the very center of each of these towns. Isn’t it odd that human beings build their settlements around buildings that are – to outsiders anyway – economically functionless, expensive, and dedicated to unprovable propositions?

I mean, all roads in each town lead to the mosque. The mosque is by far the biggest building in town, looming over the little clutch of red-tiled roofs and knotted grid of streets twisted around it. If you were an alien visiting from Proxima Centauri and you happened to alight on Turkey first, you would quickly deduce, from hyper-dimensional satellite images, that these odd structures of no discernible economic utility actually play a key – even critical – role in the civilization you’re studying.

It’s not much different if you leave the rural countryside and zoom in on Turkey’s biggest city, Istanbul. The densest, busiest part of this beautiful, enormous, traffic-gnarled metropolis is the Fatih district, the ancient imperial core of Constantinople. There, in the very center of the center of things, stand two of the world’s most famous religious buildings: the former Byzantine cathedral-cum-mosque, the Hagia Sophia, and the Sultan Ahmed Mosque, better known to the world as the Blue Mosque.

That is, if you’re looking at Istanbul from above – or just poking around Turkey on Google Maps, a fine pastime for a rainy afternoon – you see that the pattern that characterizes the Turkish countryside is replicated on a grand scale right in the country’s urban heart: in the center of Istanbul, where the city’s sprawling road and transit networks converge, a couple of enormous buildings loom without any apparent practical function.

Neither the Blue Mosque nor the Hagia Sophia serve as living spaces. No one stores grain or wares or fuel oil in them. They don’t contain office spaces or leasable retail space. Instead, they’re filled with acres of elaborate decoration, empty central spaces, and towering, functionless stained-glass windows.

Okay, the Hagia Sophia is a crowded museum these days, filled with camera-toting tourists from all over the world.* But for more than a thousand years, the Hagia Sophia – the Aya Sofya in Turkish – was a working Eastern Orthodox cathedral, and for centuries after that it was an active mosque. And although the Blue Mosque is today a tourist haven itself, the hordes of selfie-snapping tourists vacate the dazzling interior three times a day so that the faithful can wash, enter, and worship. So my point stands: religious spaces dominate the congested center of this gargantuan metropolis.

The tendency to build cities around religious edifices isn’t limited to the Turkish world, either. Visit any small New England town, and right in the middle, where the main roads converge, you invariably find a little church, usually white, taller than everything around it.

European cities? Grown up helter-skelter around cathedrals. Indian villages? Anchored by the local temple. Jerusalem? Don’t even get me started.

Even hyper-secular Boston exhibits vestiges of this ancient pattern. Copley Square, the center of the high-rise Back Bay neighborhood, is built around Trinity Church, a towering stone cathedral, must-see tourist attraction, and working parish church. Kitty-corner to Trinity is Old South, an equally imposing stone church and home to the erstwhile congregation of Benjamin Franklin and Phyllis Wheatley. Farther downtown, the Boston Common – the very center of the city – converges on Park Street Church and its colonial graveyard.

You get the point. Human beings have a preference for building towns around temples.

This habit goes back a long, long time. Across the Mediterranean, Middle East, and Asia, the ruins of ancient cities almost always center on a monumental religious structure. In Göbleki Tepe, a massive Neolithic archeological site in Eastern Turkey (and the subject of some of the most thought-provoking exhibits we saw at the Museum of Anatolian Civilization), evidence even suggests that hunter-gatherers banded together to build an enormous temple before they settled down to inhabit towns or pursue agriculture.

In the words of the site’s top archeologist, “zuerst kam der Tempel, dann die Stadt:” first came the temple, and then the city.

It’s potentially misleading to make direct comparisons between human civilization and organic life, but let’s consider the analogy anyway. If you’ve ever dissected a frog or studied human anatomy, you know that a fractal pattern of blood vessels or nerves converges on several core areas, and these areas are extremely physiologically important. A map of the human nervous system makes it pretty clear that all roads lead to the brain, for example. The circulatory system converges on the heart, and it makes a hefty priority of the brain, too.

The body disproportionately directs resources, such as oxygen, nutrients, and homeostatic efforts, toward these core areas, because everything else in the body depends on their functioning. When the body is in danger, the body races to give these areas extra protection – even, if necessary, at the cost of sacrificing other, more peripheral areas.

So if you knew nothing whatsoever about American history or culture except what you saw in a map of the U.S. highway and interstate system, you would deduce that New York, Chicago, and Los Angeles – along with a few other hubs – are the U.S.’s most important areas, the nodes where resources pool, where energy is directed, and where protective efforts would be most determined and fierce in the event of an attack. And you would be correct. The density of resource and transportation conduits leading to a region within a complex adaptive system is (almost tautologically) a very accurate indicator of the importance that region has within its larger system, whether a body or a civilization.

So what are we to make of the fact that, for as long as sedentary civilization has existed, humans have placed religious buildings in the very center of their cities – right where all the resources pool, where all the roads and transportation conduits converge?

It tells us, at minimum, that we humans consider our temples equivalent in importance for our civilizations as our brain or other central organs are for our bodies. Whether we’ve been right about this assumption is another story altogether. But if we’ve been misled, we’ve been misled in a very systematic, persistent, and – most intriguingly – convergent way for a very long time. The same pattern seems to crop up everywhere from the Olmec civilization to imperial China, from classical Greece to colonial New England, from the Aztecs to Bronze Age India. By “convergent,” I mean that not all of these civilizations could have learned this strange habit from one another: somehow or other, multiple civilizations have struck on it independently, like the wheel or the cultivation of cereal crops.

I could muse here about whether this worldwide convergence means that religion is an evolutionary adaptation, or whether it’s merely a pervasive byproduct that somehow eludes counter-selection despite its obvious massive costs. But a more interesting point to make is that, in developed societies over the past hundred years or so, the pattern has changed.

Look at Chicago. The skyline of this midwestern metropolis was once punctuated by church spires just like any other preindustrial American city. But today – and indeed since the late 1800s – it’s been centered not on the American equivalent of temples, where apparently needless sacrifices are made by ritual specialists and worshipers, but on skyscrapers, where people wearing suits make money and strike deals. The “temple” where Chicago’s street and transportation grid converges is the looming bulk of the Sears Tower.**

In New York City, where Manhattan Island practically is itself a temple to commerce, an even more unprecedented development is underway. The tallest, most prominent new buildings on the skyline aren’t office towers, but ultra-luxury condominiums. Piercing the sky above Midtown, these slim new supertall skyscrapers dwarf the Empire State Building and are aimed at the richest of the rich. A significant number of the condos in these new buildings go empty, because their owners only think of them as an investment, not a home.

So when examining cities like Chicago and New York today, our anthropologist Alpha Centaurian would probably conclude that something very new was happening. (Even in Boston, Trinity Church is now dwarfed by the John Hancock Tower next door.) Cities centered around structures whose function isn’t ritual, but strictly economic, is a relatively unusual thing in the wide scope of human civilization. It’s a departure from the norm. It’s not easy for us moderns, running around in the labyrinthine warrens of our 21st-century cities, to appreciate how novel this arrangement is. But seeing things from above – whether from a thought-experiment spaceship or just from an airplane – drives home that the default pattern, for most civilizations and most times, is to center everything around a temple.

There’s probably a lot more I could say here. But it’s taken the whole flight to write this post, and we’re on the ground now in Morocco. I’m going to go explore Casablanca with my wife. Our first tourist stop? The enormous Hassan II Mosque. It won’t be hard to find. It’s right in the middle of town.

*None of whom recognize the value of what is probably the most important gift English-speaking societies, for all their flaws, have ever given the world: orderly queueing. Aside from large, greasy American breakfasts with hash browns and pancakes, this is the thing I miss the most when I travel abroad. At the end of a day fighting my way through the crowded, lawless pedestrian melées of, say, Istanbul or China – places I love! – there’s nothing I find more more endearing and admirable than the quaint American and English habit of quietly waiting one’s turn in line.

**The “Willis Tower,” the skyscraper’s official new name, is lame, and I refuse to use it. It’s like calling the longest, most technically sophisticated bridge in the world “Bob’s Bridge.” 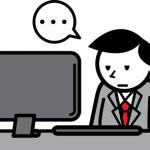 June 13, 2019
Tradition and Innovation as Worldviews: Is Research into Religion a Fool's Errand?
Next Post 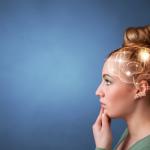 Why do we have so many...
Religion Q & A
Related posts from Science On Religion

Public Square
Racism and the Professional Class
Science On Religion

Democratic Donut Hole: The Cosmological Emptiness of Liberalism
In this essay, I investigate the fragility of post-war liberal institutions and...
view all Public Square blogs
What Are Your Thoughts?leave a comment
Copyright 2008-2020, Patheos. All rights reserved.