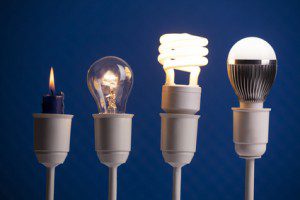 If you’ve ever had roommates, you know the frustration of realizing that not everyone is contributing equally. If you’re the one who’s always emptying the dishwasher or cleaning the bathroom, pretty soon you start to feel taken advantage of – because you are being taken advantage of. This commonplace fount of roommate resentment is about as mundane as it gets, but it’s also a timeless example of the huge, thorny cooperative dilemmas that have faced human societies since time immemorial. How does a group get everyone to contribute to the common good? How do you discourage free riders? Many researchers think that religion plays a key role in solving these difficult problems, which implies that religion might be an adaptation for group living. But if so, does that necessarily mean religion is good?

To answer this question, let’s review the arguments about whether religion is adaptive or maladaptive. Keep your wits about you, because this will lead us directly into one of the longest-raging and fiercest battles in contemporary science: the struggle between evolutionary models of group (or multilevel) selection on one side, and traditional, gene-centered models of evolution on the other. Before we embark, though, let’s grab ahold of one all-important thought and hold it close to our chests for the next thousand words or so: religion’s evolutionary adaptiveness (or lack thereof) shouldn’t have the slightest bearing on the epistemic credibility of religious beliefs, or the ultimate goodness of religion. This is for the simple reason that Darwinian evolution is amoral. Evolutionary adaptations are often extremely nasty. Genetically maladaptive behavior can be subjectively wonderful. We should never get Darwinian success mixed up with objective goodness.

In the 1970s, evolutionary biologist and talented science writer Richard Dawkins wrote his bestselling book The Selfish Gene. Ever since then, informed popular understandings of evolution have pretty much focused what happens at the level of individual genes. For Dawkins, organisms are mere “survival machines,” whose real purpose is to carry and pass along genes. It’s a compelling vision: look at a budding sycamore tree through Dawkins’s eyes, and you’ll see a massive, bifurcating scaffold of cellulose, inside of which rest trillions of copies of genes. But that cellulose scaffold doesn’t exist for its own sake. The tree is the vehicle of the genes, which are the ones really in change.

Dawkins was popularizing a new tendency among biologists to focus on individual genes. Prior to the mid-1960s, theorists of evolution such as V.C. Wynne-Edwards had assumed that organisms would somehow act selflessly for the good of their group or the good of “the species.” For example, a population of rabbits might “voluntarily” limit their reproduction to keep from overpopulating a meadow. Many people were comforted by this vision of a self-balancing, intelligent natural world.

The problem was, this way of thinking didn’t make sense. Darwinian evolution is competitive, by definition. It’s also mindless. There’s no well-balanced, heartwarming purpose for ecosystems. All evolution does is sort between traits that can leave lots of copies of themselves and those that can’t. In the mid-1960s, theorists such as George C. Williams drove this point home, arguing that animals would never make sacrifices for some abstract goal like saving an ecosystem, because living organisms – such as rabbits – are machines for optimizing the gene survival – their own genes’ survival. A rabbit that chose not to reproduce wouldn’t leave many copies of itself behind, either. So, poof – any genes for self-sacrifice would be quickly eliminated from the population.

This is where we get the gene-centered view of evolution. Thinking about the evolution of groups tricks us into seeing purpose and functionality where there actually isn’t any. Instead, writers like Williams and Dawkins insisted that we should keep our eyes focused on the most basic, and most important, level of selection: the gene.

But, of course, humans care for each others’ babies. Chimpanzees sometimes offer each other food. These behaviors might not be adapted for the group or tribe, but they don’t immediately benefit the individual doing the helping, either. So how to explain such altruism in the context of selfish-gene theory? Biologist W.D. Hamilton famously suggested an answer to this riddle: kin selection or inclusive fitness. In inclusive fitness models, genes benefit not only when their individual host organisms reproduce, but also when exact copies of themselves carried by other individuals are reproduced. And what sort of organisms usually carry exact copies of each other’s genes? Relatives. Hamilton proposed that individual organisms would be likely to help close relatives, which would benefit the shared genes both individuals carried. This model could explain seemingly altruistic behavior – like caring for another’s child – as a form of self-interest. It seemed that selfish gene theory was safe.

Fast-forward to today. Our understanding of the depth and sheer ubiquity of human cooperation has only grown since the 1970s. Many of the sacrifices we make for one another have come to look less and less like only enlightened, genetic self-interest. Humans often make sacrifices for complete strangers, in fact. Even tight-knit foraging tribes feature intense levels of cooperation between only distantly related individuals. A growing chorus of theorists think that kin selection or inclusive fitness theories can’t explain the evolution of such intense prosociality. So what can? Well, religion – maybe.

Religious practices around the world include numerous features that could theoretically function to link groups up into units, inspiring individual members to cooperate with one another reflexively. What are these features? Well, identity markers, for one: if I’m a Jew and I see another Jew wearing a kippah, I know that we’re part of the same overarching group. Tattoos, scarification, hairstyles, dress, and religious badges such as crucifixes serve similar functions. There are also rituals, which can evoke feelings of harmony and unity. Both rituals and identity markers can be costly – think fasting for Ramadan or getting circumcised. As I’ve written before, these costly signals of religious identity can provide investment barriers to entry into a religious community, ensuring that only committed members are admitted.

All these seemingly bizarre cultural practices show serious evidence of being strategic tools that alter the cost-benefit calculations between cooperating and cheating. If I barely know you and we have nothing in common, I might feel like I can cheat you with impunity, especially if the benefit to cheating is high. But if I can tell we belong to the same group, and I’ve done something difficult or painful to join that group, then the strategic payoff is very different. It’s probably better for me to cooperate with you – to share my food, not seduce your spouse, help raise your barn – because I would lose much more by creating a rift between myself and the community I’ve invested in than I would gain by hoarding my food, cuckolding you, or refusing to offer help when you needed it.

Evolutionary biologist David Sloan Wilson and anthropologist Joseph Henrich are examples of scholars who see religion in this way: as a set of odd rituals and strange customs that adroitly construct groups in which members all share about equal motivations for cooperating, and where defecting – or cheating – is a losing strategy. Religions are tools for orchestrating complex cooperative arrangements. Therefore, they’re culturally and evolutionarily adaptive: they boost and stabilize mutual cooperation, which in turn increases human survival rates and evolutionary success.

Wilson, Henrich, and many (but not all) other thinkers in the adaptationist camp are advocates of some or other form of group selection, which contradicts the gene-centered model by postulating that selection can act on groups as well as on individuals and genes. This, they argue, is how religion came to be adaptive: when groups competed against one another – such as in war – those that had better ingroup cohesion and cooperation triumphed.* Thus, religion. And thus “groupish” religious morality, of the sort that psychologist Jonathan Haidt has argued characterizes modern political conservatives – who tend to be religious.

Naturally, advocates of gene-centered evolution have opposed such theories. For them, groups aren’t where evolution operates: genes are. And kin selection, skeptics insist, can explain human self-sacrificial behavior much better than wild-eyed “group selection” theories can. Interestingly, though – as I’ve pointed out before – opponents of religion also tend to be opponents of group selection. Daniel Dennett, Richard Dawkins, Steven Pinker, and University of Chicago anti-theist biologist Jerry Coyne all are on the record as staunch enemies of group-selection ideas. This is an interesting overlap, and it suggests, to me, an ideological bias. Imagine a scientific theory whose proponents were ideologically and religiously all over the map: atheists, Jews, Hindus, Catholics, humanists. But then imagine that every Mormon who had written on the theory was against it. It starts to look skewed, doesn’t it?

We’ll look more closely at the issues relating to group selection versus kin selection, and the ideological dimensions of the debate, in the next post. This will be a multipart series (…I ‘ve just realized). In advance of continuing the series, I’d like to point out that my own position has evolved over the past couple of years: I’m no longer quite as convinced by group-selection theories as I once was. These debates are almost intractably complicated, and many very intelligent people seem to be having trouble identifying the boundaries and agreeing on definitions. I do think religion is generally evolutionarily adaptive; but, as we’ll see, this does not necessarily mean religious behaviors are adaptations. (There’s a difference.) In the final post in this series, we’ll return to the question of what all these debates mean for religion.

* Charles Darwin made an almost identical suggestion back in 1871, in his book The Descent of Man, where he mused that tribes of humans with more patriotic and self-sacrificial sentiments would outcompete more selfish tribes.

April 28, 2015 Anthropology, not demagoguery, is the way to understand ISIS
Recent Comments
0 | Leave a Comment
Browse Our Archives
Related posts from Science On Religion