Is belief in heaven good for you? No. Yes. Maybe. 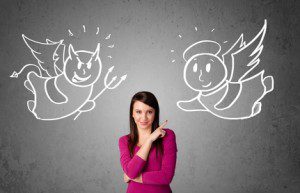 One of the oldest stories in the book is the eternal tension between the individual and society. From restraining impulses to maximizing personal happiness, what’s good for the collective isn’t necessarily what’s good for the individual – and vice-versa. In the past couple of years, psychologists studying religion have discovered a fascinating new expression of this age-old tension: belief in heaven is good for individuals, but bad for societies – while belief in hell has exactly the opposite effects. These studies are well-designed and their results are compelling. But they don’t offer any easy answers.

There have been a number of studies over the past half-decade looking at the individual- and society-level effects of belief in heaven and hell, but I’ll just focus on two. In the first study, published in 2012, Azim Shariff and Mijke Rhemtulla examined national rates of belief in heaven and hell for 67 countries, as measured by five waves of the the World Values Surveys and the European Values Surveys between 1981 and 2007. Shariff and Rhemtulla then drew crime statistics from the United Nations Office on Drugs and Crime (UNODC), which provided data on a litany of nasty things people can do to each other: homicides, robbery, rape, kidnapping, assault, theft, drug crime, automobile theft, burglary, and human trafficking.

With other factors controlled for – including national GDP and Gini coefficient, which measures income inequality – countries where more people believed in hell showed significantly lower levels of crime. This effect held for all measured varieties of crime, except for kidnapping and human trafficking. On the flip side, countries where people enthusiastically believed in heaven suffered from significantly higher crime rates – again, for every sort of crime except kidnapping and trafficking (these two types of crime showed no significant relationship to heaven or hell beliefs in either direction). The effect sizes were big:

Again, these effects weren’t explained by more prosaic social variables, such as poverty, income inequality, incarceration rates, or life expectancy. It was belief in the literal existence of heaven or hell alone that explained the lion’s share of variation in national crimes rates. In fact, even when all other possible covariates were controlled for, belief in heaven or hell turned out to be the strongest single predictor for five of the ten crime categories. And belief in hell was what you wanted if you work in law enforcement – it strongly predicted lower crime rates.

This 2012 study provided tantalizing support for an important hypothesis championed in the cognitive science of religion: that supernatural punishment keeps members of a religious society in line by making them afraid of a punitive deity. Sounds creepy, but the data show that it might actually work: in countries where more people believe in hell, crimes rates are lower. Fearing the imminent wrath of a judging God, it seems, makes you a lot less likely to steal, cheat, or murder – whereas a friendly, forgiving God (apparently) may inspire you to go easy on yourself, and possibly do bad things with the expectation of being forgiven.

But crime rates aren’t the only measure of societal health – and societal health isn’t the only metric that matters. What about happiness and satisfaction with life? It seems intuitive that living in a society with lower crime rates would make you happier, but what about living with an angry God looking over your shoulder all the time? Shariff, together with Lara B. Aknin, explored this possibility in a second study, published in 2014 in PLOSOne, in which they looked at the effect of heaven and hell beliefs on personal happiness.

The published paper actually included three studies. The first drew data on subjective well-being from the 2005-2009 Gallup World Poll, which covered 155 countries and more than 450,000 individual respondents.* In this study, well-being was measured both as life satisfaction and daily affect. Respondents indicated their satisfaction with life by answering questions such as “How happy are you with your life as a whole these days?” Daily affect (emotional experience), meanwhile, was measured with items such as “Did you smile or laugh a lot yesterday?” These concepts may seem redundant, but in fact life satisfaction was only mildly correlated with daily affect. For example, the country with the highest life satisfaction was Finland, whereas the country with the highest level of daily positive affect was Indonesia.

Despite being different constructs, though, both life satisfaction and positive affect were positively predicted at the national level by belief in heaven. The researchers used the same World Values Survey and European Values Survey data to establish levels of religious belief, and subtracted the percentage of respondents from each country who believed in hell from the percentage who believed in heaven. Since more people believe in heaven than in hell in most countries, the resulting remainder was nearly always positive. The size of this positive remainder was the predictor: the higher the percentage of heaven-believers compared with hell-believers in each country, the higher the overall life satisfaction and positive affect in that country. Again, the effects were big. In fact, belief in heaven and hell were the strongest predictors of all included variables influencing happiness, including GDP, income inequality, political stability, and unemployment rates.

The second study in the 2014 paper carried out a similar analysis, but this time looked at individuals. Life satisfaction was measured using only a single item variable: “All things considered, how satisfied are you with your life as a whole these days?” As expected, individual respondents who reported belief in heaven were significantly more likely to be satisfied with life, while those who believed in hell were less likely to be thrilled with how things were going. This result held for all types of religion – Abrahamic and non-Abrahamic alike. What’s more, the effects were as large as for other well-established predictors of individual life satisfaction, including education level.

The final study switched things up, by testing whether even thinking about heaven or hell could affect happiness in real-time. Online respondents wrote either about their conception of heaven, their conception of hell, or what they did the previous day. They then reported how happy, sad, and fearful they felt, and indicated how much generally positive emotion and how much negative emotion they were feeling. As anticipated, respondents who wrote about hell reported significantly more in-the-moment negative emotions – including fear and sadness – than those in the other two conditions. Interestingly, though, subjects who wrote about heaven showed no more happy emotions than those in the control conditions. It wasn’t that heaven made people happier – it was that hell made them unhappier.

So here we have a conundrum. At the societal level, belief in hell seems to perform some important behavioral corralling – by infusing the culture with a sort of generalized ambience of supernatural punishment, it inspires (or frightens) people into shaping up, toeing the line, and playing by the rules. But this fear of God isn’t so great for people at the individual level. Plenty of other research, particularly in religion and mental health, has shown that a loving, forgiving God is psychologically better for you than believe in a punitive and angry one. But that same forgiving God may give people a subconscious license to do less-than-honorable things, because, hey – God forgives!

This isn’t a question of whether God actually exists, actually forgives, or actually casts people into teeth-gnashing abysses for eternity. It’s a question of what effects the belief in such things has on people. And like everything in religion, the answer isn’t simple, or easy. What seems beneficial at the level of society seems harmful for concrete individuals, and vice-versa. If there’s a better illustration of the intractable complexity of religion, I’d like to see it.

* Man, I would kill for a sample size a tenth that big. I’m lucky if I can get 40 Psych 101 undergrads to show up in the lab in a single semester.

April 16, 2015 Is religion evolutionarily adaptive?
Recent Comments
0 | Leave a Comment
Browse Our Archives
get the latest from
Science On Religion
Sign up for our newsletter
POPULAR AT PATHEOS Public Square
1