Another winner of the IAS Freedom Medal, in 2007, was Mary Shuttleworth.  Here is an article on her work:

Meet a Scientologist—Mary Shuttleworth, Opening the Door to Opportunity for an Entire Generation of Youth

Overcoming her own study difficulties through L. Ron Hubbard Study Technology, Dr. Mary Shuttleworth became an educator and touched the lives of millions of youth with her human rights education initiative. 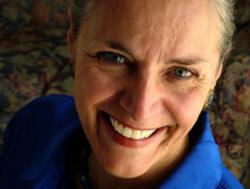 How many bright, creative children give up on their goals, frustrated with learning difficulties they simply cannot overcome?

Mary Shuttleworth had personal experience with the despair caused by such a dilemma. Overcoming it and accomplishing her academic goals, she dedicated herself to enabling children to achieve their full potential by helping them learn how to learn.

Grade school was academically difficult for Shuttleworth, who came from a highly educated family. Her father, a Scientologist, introduced her to Study Technology developed by L. Ron Hubbard.

“This knowledge changed my life,” says Shuttleworth, who went on to become a teacher and earn a doctorate in education.

“In today’s information-overload world, illiteracy is not just a handicap, it is a severe disconnect from available opportunities,” she says. “So many of my students arrive saying ‘I hate math’ or some other subject. It is a thrill every time I see the ‘light go on’ for the student—that ‘ah-ha!’ moment when they realize they can understand.”

Her love of children and the earnest desire to help them accomplish their goals prompted Shuttleworth’s concern with human rights education.

Born and raised in apartheid South Africa, Shuttleworth saw firsthand the devastation that results from discrimination and abuse of human rights. In 2001 she founded Youth for Human Rights International, a nonprofit group dedicated to teach youth about human rights, specifically the United Nations Universal Declaration of Human Rights.

“Although the Universal Declaration of Human Rights was adopted by the United Nations more than 60 years ago, human rights issues abound. Ten years ago when we began Youth for Human Rights International, 90 percent of those surveyed were unable to name more than three of the 30 rights granted by the Declaration,” she says.

In meeting with government, civic and community leaders on eight annual Youth for Human Rights International World Tours, Shuttleworth found that while most are concerned and well-meaning, the majority could not define human rights, let alone enumerate the specific rights the Declaration guarantees. Here too, education is key.

“Such vital knowledge must be disseminated,” says Shuttleworth. “If Edison’s ‘secret’ of electricity had only been available to the few, we might all still be living in the dark.”

The problem was how to get across the concepts the Universal Declaration of Human Rights to youth. Shuttleworth’s teenage son Taron had the answer—get their attention by using an audiovisual approach.

“Following Taron’s vision, we set out to produce, on a shoestring budget, the hip-hop music video, UNITED,” says Shuttleworth.

They premiered UNITED at the United Nations Headquarters in New York in August 2004, and its universal appeal made it a favorite for youth in countries from Guyana to Great Britain and Thailand to Tanzania, winning more than a dozen awards around the world.

A teenage singer in Canada combined human rights education with entertainment in local schools. Youth in Taiwan circled the island on bicycles, visiting schools and meeting with officials to promote human rights education. In South Africa, students produced plays depicting human rights abuses followed by scenes to illustrate the human right that would remedy each scenario. A 12-year-old girl in India met with the president of her country to tell him the importance of teaching human rights.

Shuttleworth says the effectiveness of the program lies in its simplicity.

“With these materials, anyone can teach human rights,” she says. “Education is a bridge to human rights and other positive social change.”

October 13, 2011 How to choose a President
Browse Our Archives
Related posts from Scientology Beliefs 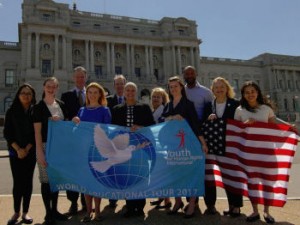