But Will Fr. Frank Pavone Take Instruction From His Bishop?

In a poorly-veiled swipe at this blog, Fr. Frank Pavone of Priests for Life (video here) angrily stated that he would “not take instruction” from those who say (which I did) that his cute little stunt of turning a fetus into a political prop for Donald Trump was a “sacrilege.”

We laity need to learn our place.

However, Fr. Pavone’s bishop, the Most Rev. Patrick Zurek, has issued a statement of his own on this matter, and I wonder whether Fr. Pavone will wish to “take instruction” from him.

Here is what Bp. Zurek says in the statement:

Father Frank Pavone has posted a video on his Facebook page of the body of an aborted fetus, which is against the dignity of human life and is a desecration of the altar. We believe that no one who is pro-life can exploit a human body for any reason, especially the body of a fetus.

Well, you know, strike me dead, that’s just what little old me, a layman, a meddling blogger for the religion watchdog Patheos, said.

Will Fr. Pavone take instruction from his Ordinary? That is the question.

Meanwhile on Facebook, some are using this incident as just one more excuse to engage in a little Pope Francis Derangement Syndrome.

I have seen felt banners, stuffed animals, pumpkins etc….on the altar, Pope Francis put this beach ball on the altar for a teen event, never saw Mark Shea, Scott Eric Alt, or any other liberal get outraged, but put an aborted baby there and plead for the unborn and they go wild…..now who is politically motivated? What are their priorities? God save our church from liberals.

At any rate, I see that I must once more point out the difference between apples and pinecones.

First, Pope Francis is the Church’s supreme legislator, and Fr. Frank Pavone is not.

Second, the beachball was a gift to Pope Francis at World Youth Day, and he put it on the altar, outside the context of a Mass, as a gesture of respect, in much the same way that gifts are constantly brought to the altar.

Third, the Holy Father did not use the beachball as a prop in advocacy for a particular presidential candidate. As an object, and not a person, the beachball has no personal dignity to violate.

But once again we are being told that, in the fight against abortion, the ends justify the means. “Whatever it takes” some of Fr. Pavone’s apologists are saying. “Desperate times require desperate measures.”

No. This is the heresy of Consequentialism. In Romans 3:7-8, St. Paul tells us that we may not do evil that good may come. The Church reiterates this in the Catechism (CCC 1756). Pope St. John Paul II likewise condemns Consequentialism in paragraphs 75 and following of Veritatis Splendor. “Such theories,” the pope writes, “are not faithful to the Church’s teaching. … A good intention,” he goes on, “is not itself sufficient, but a correct choice of actions is also needed.”

There is no “whatever it takes.” There is no “desperate times require desperate measures.” There is only human choice judged on its own terms, the good of which must be consistent with the good it desires to achieve. That is the teaching of the Church.

One may not—to use Bishop Zurek’s description of Fr. Pavone’s actions—desecrate the altar or exploit the human body in order to achieve an end to abortion, or the election of Donald Trump. But that is what Fr. Pavone did do, in the judgment of his Ordinary.

>So I ask again: Will Fr. Pavone take instruction from his bishop? 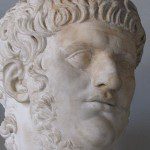 November 9, 2016
Our Hope is in Christ, Not Caesar
Next Post 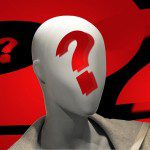 November 11, 2016 How Long Has Fr. Frank Pavone Had that Fetus?
Browse Our Archives
Related posts from To Give a Defense