Does It Make a Difference? (Forsaken pt. 4)

In our final installment talking through Tom McCall’s Forsaken (here are the other ones), we consider McCall’s fourth chapter and conclusion, in which he takes two looks at the question of “why it matters”.

Jenson: Continuing on from the last post, where Fred pointed out that each of these chapters involves a holding together, in the fourth chapter McCall demonstrates how the “unbroken word of the triune God” in the cross of Jesus Christ puts broken humanity back together. Because of this, the Trinity changes everything, first declaring sinners innocent (justification) and then setting them apart for the sake of holiness (sanctification).

McCall insists on a traditional Protestant line (going back to Luther, but with Wesley as primary source) that “justification is rightly understood in legal, forensic categories: we stand guilty and condemned before the righteous Judge, but when we are without hope, Jesus Christ takes our place, and his righteousness is imputed to us.” (pp. 130-31) The standard objection is that this is a mere “legal fiction”, something that does not in any way correspond to or change reality. Sure, God justifies sinners, the charge runs; but they remain sinners. What kind of a salvation is that?

A couple responses are in order. First, guilt is a pretty big problem. When Jesus takes our place, he takes (away) our guilt; having that removed is a massive change, as anyone who has received forgiveness knows. Second, the God who makes a world and raises the dead by his Word cannot be accused of doing nothing when he says things. If he says “forgiven”, he accomplishes what he says. This is what Gerhard Sauter calls a “declarative ontology”, one where things are because they are spoken. Third, and this is McCall’s key move, by putting justification into a “properly trinitarian perspective”, we can “locate it on a broader soteriological canvas.” God justifies sinners in order to make them like himself.

Sanders: Matt, thanks for noticing my holiness. I assume you’re talking about the positional sanctification part of it, which is rather more conspicuous than the other part.

What I mean is, I’m a big fan of the classic Protestant doctrine of salvation, and chapter four (sub-titled “The Brokenness of Humanity and the Unbroken Work of the Triune God”) has it in good measure. If the last chapter gathered up the things which tend to get scattered in atonement theology, this one gathers up the parts of soteriology that tend to get scattered. Justification and sanctification have to be confessed as two distinct realities that are never to be confounded but never to be separated. McCall’s treatment of each is solid. As you point out, it’s the voice of Wesley (along with his neglected interpreter, the great 19th century theologian William Burt Pope) that carries the main melody, but McCall is able to call in a choir of witnesses, and throughout he makes copious use of Romans and Galatians especially.

This is the chapter where we get to see McCall’s pastoral sensibility working in tandem with his theological judgments. Here’s what I mean: as a theologian, he’s concerned to get everything in its proper place, so he describes the relationship between justification and sanctification. They must never be confused, or their order reversed, or divorced from each other. I think McCall anatomizes every major error you could make with this pairing, and he also grounds them both in union with Christ. But then he has to make some kind of decision about which dangers are the main dangers, and which errors this generation, this culture, this moment, is most prone to. And making that decision calls not just for theological insight, but pastoral judgment.

I run the risk of projecting my own judgments onto McCall, because as I said he does lodge warnings against every possible error, and I might just be noticing my favorites (that is, my underlining). But I do think I can pick out McCall’s main worry: he thinks that when justification and sanctification are not joined by a strong unity, contemporary American Christians are likely to opt for the former (free forgiveness and righteousness imputed) to the neglect of the latter (actual transformation of character). And that is why he finds multiple ways of arguing that our “justification precedes and enables our sanctification.” He spends a few pages defeating the defeatist reading of Romans 7, a minority view that thinks Paul is far along in his Christian life and still speaking autobiographically of constant struggle and misery in which he is torn apart by warring inclinations. McCall argues deftly against this position, and while I don’t agree with every detail, I do think the key to interpreting Romans 7 is noting that the Holy Spirit doesn’t put in an appearance in the famous conflict-driven section. Then later McCall summarizes his overall argument in the chapter: “we should avoid the (sometimes-widespread) picture of salvation as involving only the alteration of our legal status.” He seems to take this as the big problem in evangelical churches, and I think I agree. But I’m also always jealous to make sure real justification by grace through faith has been proclaimed. This chapter manages to get it all done.

Jenson: At the end of the day, all of this is moving us towards wholeness, “to make us truly fitting for communion with the triune God.” (p. 144) McCall rehabilitates the crucifixion of Jesus as the unified gift of the Father and Son in the power of the Spirit to a world full of disdain and disinterest, but he recognizes, too, that the cross is the way to life. In Christ we have redemption through his blood, the forgiveness of our trespasses–that’s Ephesians 1. But forgiveness is only the beginning. God chose us in Christ before the foundation of the world that we should be holy and blameless before him–that’s Ephesians 1, too. As the Spirit unites us to Christ, brings us the benefits of his work and conforms us to his image–that is, as we are justified and sanctified–he in the process fits us for fellowship. McCall ends the final chapter of his book with an eye on our glorification, when we will enjoy the victory of Christ and see that “your labor in the Lord is not in vain” (1 Cor 15:58).

In a concluding testimony, McCall recalls his father’s recent death. A good man, the best McCall has known, his father served rural churches for decades. But long before that, he was a lost cause, a broken child with little hope in the world. But the Trinity and the cross did matter, and made all the difference in his father’s life, so that at his death his family could gather “to celebrate his life, to mourn his death and to rejoice in our hope.” (p. 164) For all the pain of loss, there is a simplicity to Christian death, in light of the unambiguous gospel of the cross of Jesus Christ. McCall testifies to the hope of life with God, sharing in the victory of Jesus over sin and death. It’s a fitting end to an excellent book.

Sanders: This chapter starts with the words, “Since the Trinity is not broken but is one in being and act, we should understand divine action in a holistic way.” I fancy I can see the whole book outline forming in McCall’s mind: step 1, correct the widespread misinterpretation that what happened at the cross was that the Trinity broke. Step 2, explain why that matters. And he’s done that explaining over the course of several chapters. Several of the chapters have had a “why it matters” section already, and this one is called “Does it Make a Difference?”

Throughout Forsaken, McCall gambles that the unity of the Trinity has all the unifying power he needs to describe salvation as a unified act. Sort of reminds me of a South African reggae song from the 1990s, “they call me Trinity, my game is unity.” But I digress. Having proven that the Trinity isn’t broken at the cross, he goes on to reassemble the atonement, divine and human action, and the application of salvation. In that regard, the book is exemplary, and it’s really remarkable how much McCall manages to get it done in about 160 pages. The conclusion, where McCall writes about his family’s recent loss, has the effect of grounding the whole book: he’s ordinarily a calm and cool writer, explaining things clearly but keeping himself in the background. When he came out from behind that authorial concealment on p. 159 and told a first-person story, I was jolted into remembering that these thoughts were all from a real person; not a brain-in-a-vat theological thinker, but a real man with a father and a son, with church involvement, with daily puzzles to solve and mysteries to live with.  I agree with you, Matt, that this was a fitting conclusion to a thought project that absolutely must not be taken up with an air of cool detachment. When theologians lose their felt sense of connectedness to the spiritual realities they are writing about, they start saying terrible things. This is usually because their spiritual nerve endings are too short. Forsaken isn’t flawless, but it really gets the big picture right. I hope it finds its market and convinces many people of the sovereign unity in the work of the unbroken Trinity. 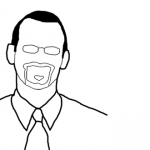 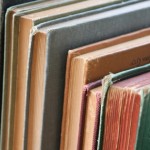