The New Utopia: A Genderless Society? 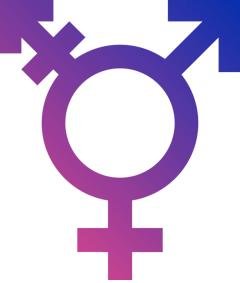 The Lincoln Public School system recently trained its teachers to create a gender-neutral, or gender-inclusive, environment in their classrooms (and don’t let the fact that FOX News broke the story take away from the fact that this is a real story—see this link from the JournalStar.)

The intent of the training, according to the higher ups, is to deal with bullying and to create a safe place for kids who don’t fall into the stereotypical male or female mold, i.e., transgendered children.

The teachers received a handout from Gender Spectrum www.genderspectrum.org offering practical suggestions on how to be gender inclusive in the classroom.

12 easy steps on the way to gender inclusiveness…

Avoid asking kids to line up as boys or girls or separating them by gender. Instead, use things like “odd and even birth date,” or “Which would you choose: skateboards or bikes/milk or juice/dogs or cats/summer or winter/talking or listening.”

Invite students to come up with choices themselves. Consider using tools like the “appointment schedule” to form pairs or groups. Always ask yourself, “Will this configuration create a gendered space?”

Don’t use phrases such as ”boys & girls,” ”you guys,” ”ladies and gentlemen, ” and similarly gendered expressions to get kids’ attention. Instead say things like ”calling all readers,” or ”hey campers” or “could all of the athletes come here.” Create classroom names and then ask all of the ”purple penguins” to meet at the rug.

Provide an opportunity for every student to identify a preferred name or pronoun. At the beginning of the year or at Back-to-School Night, invite students and parents to let you know if they have a preferred name and/or pronoun by which they wish to be referred.

Have visual images reinforcing gender inclusion: pictures of people who don’t fit gender norms, signs that ”strike out” sayings like “All Boys…” or ”All Girls…” or “All Genders Welcome” door hangers.

When you find it necessary to reference gender, say ”Boy, girl, both or neither.” When asked why, use this as a teachable moment. Emphasize to students that your classroom recognizes and celebrates the gender diversity of all students.

Point out and inquire when you hear others referencing gender in a binary manner. Ask things like, ”Hmmm. That is interesting. Can you say more about that?” or “What makes you say that? I think of it a little differently.” Provide counter-narratives that challenge students to think more expansively about their notions of gender.

Look for examples in the media that reinforce gender stereotypes or binary models of gender (it won’t be hard; they’re everywhere). When with others, call it out and interrogate it.

Be intolerant of openly hostile attitudes or references towards others EVERYTIME you hear or observe them, but also use these as teachable moments. Take the opportunity to push the individual on their statements about gender. Being punitive may stop the behavior, at least in your presence. Being instructive may stop it entirely.

Teach children specific language that empowers them to be proud of who they are, or to defend others who are being mistreated. “Please respect my privacy.” “You may think that, but I don’t.” ”You may not like it, but I do.” ”Hey, they’re called ’private parts’ for a reason.”

Help students recognize ”all or nothing” language by helping them understand the difference between patterns and rules. Teach them phrases like “That may be true for some people, but not all people,” or ‘frequently, but not always,” or “more common and less common.” Avoid using “normal” to define any behaviors.

Share personal anecdotes from your own life that reflect gender inclusiveness. Even better, share examples when you were not gender inclusive in your thinking, words or behaviors, what you learned as a result, and what you will do differently next time.

Do the work yourself. What are your own experiences with gender? What might be some of your own biases? What assumptions do you make about the gender of others? Share reflections about your own evolving understandings about gender.

We don’t live in Kansas anymore, do we?

We are far more aware than ever before of the challenges our kids experience when they don’t fit “conventional” gender norms. We see the hurt and devastation they go through (along with their families) when those who don’t understand them bully or exclude them.

But is this the answer? Read the 12 steps again. This isn’t about gender inclusivity…it’s about gender neutrality…where gender differences no longer exist.

But science isn’t on that side. Brain science researchers have discovered over 100 differences between the male brain and the female brain. Men and women are wired hormonally and chemically differently. These are not stereotypes. These are hard-wired differences that make males and females different (but equal). And those differences make for a far more creative world.

Do we need to protect the 20% of the population who fall outside of the male/female spectrum? Absolutely! Do we need to find inclusive language for them? Sure. But not at the expense of robbing the world of the uniqueness of male/female. A genderless society is not the new utopia. It’s bland. It’s dull.  In trying to protect some, we hurt everyone. Imagine the confusion for example, from this one suggestion above: Avoid using “normal” to define any behaviors. That’s a set up for absolute chaos and confusion for everyone, no matter where they are on the spectrum.

I absolutely agree that it’s time to find language that protects all children. But that language has to be birthed in good science, good sociology, good theology, good reason, and common sense.

Because a gender-neutral society is no Utopia.