Why Don’t Boys Make the List of Presidential Campaign Issues?

The list of concerns being addressed by our 2016 Presidential candidates includes these important issues and more…but one crucial, society-impacting issue is missing from all of them:

Why should boys be on a list of Presidential Campaign issues?

(Source—Searching for Tom Sawyer: How Parents and Congregations Can Stop the Exodus of Boys from Church—Tim Wright)

Boys are increasingly growing up to be men who are under-educated, under-skilled, and under-qualified for the workforce and for family life.

(One of the first things President Obama did when he took office was to create a White House Council on Girls and Women. While he convened a group of men to create a similar council focused on boys and men, it never got off the ground. When he did put together a council on young black men, he received all kinds of nasty pushback from Women’s groups.)

This is a national problem. This is a societal problem. If the trends continue, our country will not be able to support generations of under-employed men and the broken families they leave in their wake.

Common Core has become the hot political issue on both sides of the aisle—one side for it and the other against it.

One of the primary hoped-for outcomes of Common Core is that by setting national standards we will raise the bar for our students and in turn, produce better-educated citizens.

What Common Core or any other program geared to improving the quality of education misses is boys—and the way a boy’s brain works.

A boy brain is about 1 ½ to 2 years behind a girl brain when he enters pre-school. On average he can’t emote like a girl (and his brain will always make it harder for him to put words to emotions), he can’t sit still, and his verbal and reading skills are nowhere near the girls in his class.

Where a generation or two ago reading began in earnest in 1st grade…today it starts in pre-school. And a boy’s brain is not developmentally ready for it.

He quickly learns that reading is for girls because he can’t read like they can. Soon after that he learns that school is for girls. A highly verbal, emotive, sit and learn, no recess education will always favor most girls over boys, regardless of common standards. (Look at the honor students in most schools today—most if not all of them are girls.) His testosterone body learns best, on average, through movement, more visual educational tools, and through working with his hands.

The result: boys have fallen behind girls in virtually every area of education from pre-school through graduate school. Young adult women now make more money than young adult men because they have been raised in an education system that favors their brains and their life-leanings. While this is great for our women, it has proven to be a disaster for our boys as they fall behind not only in school, but in the market place as well.

We are just now beginning to see the impact of this decades long problem as we continue to raise a generation of boys with no real vision for manhood, for fatherhood (should they become dads) nor the skills and knowledge necessary to be productive citizens of our country.

Does focusing on boys diminish in any way our continued focus on our girls? Not at all. In fact, all the research says that when we start to teach to a boy brain the girls do even better in school.

Do we want to continue to ignore the current story-line of boys in our country—a storyline that robs them of dignity and that will ultimately rob us of good, masculine energy?

February 5, 2016
If Grace is Amazing...Why Do Christians Often Make it So Condemning?
Next Post 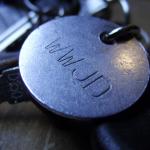 April 7, 2016 Beware! Jesus Only Serves Sinners
Recent Comments
0 | Leave a Comment
"This is a fascinating idea. Having raised boys and a girl, I can promise you ..."
ckahrl It’s Been 50 Years Since a ..."
"Um, Jesus is already famous. This reminds me of the whole "Good News" Christian trope. ..."
Adam King The Purpose of Boys: A Podcast ..."
"So Jesus needs our help in the Name Recognition area? Really???? If he did, he ..."
Jezebel'sOlderSister The Purpose of Boys: A Podcast ..."
"Apparently men also make unevidenced generalizations based on outdated stereotypes."
Adam King Bathrooms, Male Stereotypes, and Granddaughters
Browse Our Archives
Related posts from Searching for Tom Sawyer