If Grace is Amazing…Why Do Christians Often Make it So Condemning?

I recently had a chance to interview Legendary singer B. J. Thomas (Raindrops Keep Falling on My Head; Hooked on a Feeling; Another Done Somebody Wrong Song; As Long as We’ve Got Each Other—the Theme from Growing Pains.) BJ and I have been friends since 1998. 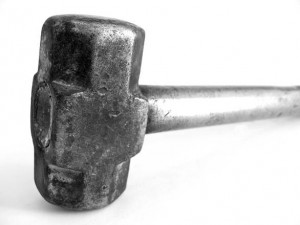 Back in the 1970’s BJ nearly died on a short flight between the Hawaiian Islands from a drug overdose. The doctors were able to revive him and when he came to a Catholic nurse was standing over him. He said to her, “This happens to me all the time. I don’t know why I’m still here.” To which she said, “God must still have something for you to do.”

Unbeknownst to BJ, his estranged wife, Gloria, had become a Christian. She asked BJ to come home. He met some of Gloria’s Christian friends who prayed with BJ after a long conversation about life and faith. The result: BJ had a life-changing encounter with the grace of Jesus.

Word Records heard about BJ’s new direction in life and signed him to record a Christian/Gospel album.

It was an immediate hit.

BJ continued to tour, now adding his new Gospel songs to his usual repertoire of his pop and country hits.

I remember the first BJ concert I attended in 1977. It was unlike any “Christian” concert I had ever seen. BJ had a definite professionalism about him gained from years of touring. He sang one hit song after another. In the middle of the show he told the story of his spiritual rebirth. Then he sang some of his new Gospel songs and concluded the show with more of his pop hits. I walked away not only amazed at BJ’s vocal talent but convinced that if ever the Contemporary Christian Music movement wanted to influence a “secular” audience, BJ was the guy to do it.

He continued to release best-selling Christian albums and record pop hits as well, like Don’t Worry Baby. And he continued to do his usual show: pop hits, Gospel songs, country hits.

But something dark began to happen. I saw it at a concert in Minneapolis. Shortly into BJ’s concert someone from the audience yelled, Sing about Jeeeeeezus! Sing about Jeeeeeezus! BJ politely said he would be including some of his Gospel songs later in the show. Sometime later, at another concert in St. Paul, it happened again, but this time many more joined in to the point where BJ had to walk off the stage—only to come back a few moments later and apologize to us for walking off. He told me that in some concerts it got so bad that he had to end the concert less than halfway into the show.

BJ made no apologies for being what he described as an entertainer who is a Christian vs. a Christian entertainer. But for too many in his audiences, that wasn’t good enough. The amazing grace that changed BJ’s life, that he sang about in every show from Vegas Casinos to auditoriums, became a sledgehammer of condemnation in the hands of people who were supposedly conveyors of God’s amazing grace.

Eventually, after death threats against his life, Christian radio stations and bookstores dropping his music, and vicious letters to the editors of Christian music magazines condemning BJ, BJ moved on to country music. But he never stopped singing his Gospel songs…in spite of the hurt heaped on him by Christians.

As he said to me once, I can sing my Gospel songs to a secular audience and they appreciate them. But when I sing my secular songs to a Gospel audience, they climb the walls!

When I asked him if any of his Christian friends stood by him during those turbulent years he said…Man, not a one!

He’s come to peace with it now, all these years later. But the hurt remains.

Consider BJ’s story a parable of what happens far too often: people captured by the amazing grace of Jesus turning around and using that grace to confront, judge, condemn, and blister others. We often justify such behavior with our theologies of hell and eternal damnation.

But we couldn’t be further from the One who spent most of his time with sinners and wretches.

As BJ put it in one of his songs: I wonder why the pure in heart…they have to have a judgment day. I wonder what the Lord has made…that he plans to throw away.

Or as the Bible says it: For God did not send his son into the world to condemn the world, but that the world through him might be saved. (John 3:17)

I had a chance to see BJ in Vegas a few years ago. The place was packed with BJ fans. As always, BJ came out and sang one hit song after another. And as always, in the middle of his show, he sang some Gospel songs. When he got to Amazing Grace, something magical happened. As I looked around I saw men and women wiping tears from their eyes. Then I sat in amazement and listened as the entire Vegas showroom sang the first verse to Amazing Grace. It was as if church had broken out on the Vegas strip.

Amazing Grace happened! In a secular setting. With sinners and wretches and tax collectors. Just the way Jesus intends for it to happen.

January 29, 2016
If Jesus Gave His Nazareth Sermon to Evangelical Republicans...Would They Want To Throw Him Off a Cliff, too?
Next Post 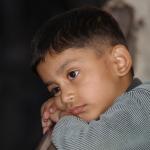 Evangelical
Screen Time and Your Kids: A Podcast with...
Searching for Tom Sawyer
TRENDING AT PATHEOS Evangelical