“How Was Christ made? I’m going to tell you…” 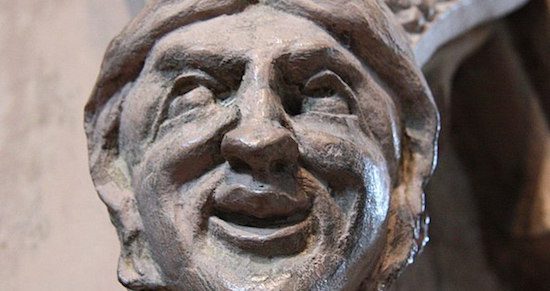 Third and final Inquisition transcript in a series on the Fournier Register. Series begins here.

The most colorful subject of Jacques Fournier’s investigations had to be Raimond de l’Aire from the tiny border village of Tignac. Witnesses described Raimond saying that God never made the world, that the world has always existed, that the Resurrection is a myth, that the Eucharist is nothing more than bread and wine, that the rituals of the priests mean absolutely nothing, and that he gives to the poor not for his soul but so that he is thought to be a good man.

The testimony of Raimond Séguy, one witness against de l’Aire, included one especially colorful detail.

The year as above (1322), the sixth of February, Raimond Séguy de Tignac, summoned by the Reverend Father in Christ, by the grace of God Bishop of Pamiers, as a witness against Raimond de l’Aire, alias Bour, de Tignac, in the matter of heresy. This oath taken, he said, confessed, and testified as follows:

It could have been 10 or 12 years ago, I do not remember the time or the season, I was at the square of Tignac one day, and Guillaume Carrière, Vital de l’Aire, and Raimond de l’Aire, alias en Bour, were with me. This Raimond de l’Aire said to me, “Do you know how God [Christ] was made? I said that I did not really know, but that I believed that he was made in a good way, to save us. And, addressing Raimond, I said, “And you? Do you know how Christ was made?” He responded, “I’m going to tell you: Christ was made by fucking!” striking one hand against the other as he said so. I told him that he was speaking evil, and he deserved to be killed. He fell silent.

Did you agree with these heretical and blasphemous words of Raimond? Or were you approving of them, at that time or otherwise?

No, to the contrary. They displeased me very much.

Around the same time, Raimond de l’Aire and I were on a street in Tignac, I do not remember the place, nor what we had begun speaking about, but we were talking together. He said that when the blood has left the man, there is no other soul for him. And I understood what he meant to say: that one has no soul other than blood. I told him that he was just speaking evil.

When Raimond said these words to you, was he in his right mind?

Yes, as it appeared to me.

Did you believe these errors that you heard?

Why have you hidden these remarks of Raimond for so long?

I confessed it in sacramental confession, a long time ago, to a priest in the church of Unac, and I believed that this was enough, and that it was not necessary to confess it to anyone else or to reveal these remarks to my lord the bishop or my lord the inquisitor.

And given that Raimond had testified against him to the effect that he himself had said similar things with him regarding the manner in which Christ was created, and that he denied it, the aforesaid Raimond de l’Aire was summoned and told in person, with assurances and under oath, that he had made these remarks against him. But he continued to persist in his denial. He was given a period to reflect on these remarks from this day until the following Monday.

The fate of Raimond de l’Aire was not recorded. Fournier went on to become Pope Benedict XII.

See also the interrogations of Guillemette and Aude 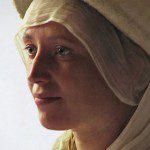 November 17, 2015
Interrogation of Aude: "How is it possible that I cannot believe in our Lord!”
Next Post 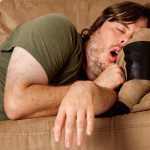 November 18, 2015 The Lazy Atheist
Browse Our Archives
Related posts from The Secular Spectrum