Rethinking our Relationship with the Cosmos 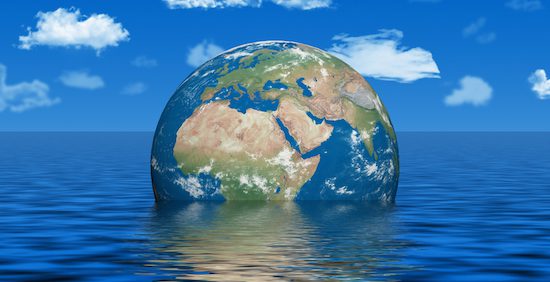 During our Thanksgiving weekend, our dialogue team traveled to the chilly, damp air of Coatbridge, Scotland, not far from Edinburgh. There we gathered at Conforti Institute of the Xaverian Missionaries, our dialogue center which hosts and trains many groups on the important commitments of interfaith and intercultural dialogue.

On that weekend, just prior to the commencement of the COP21 in Paris, some members of the Scottish Humanist Association, Interfaith Scotland and other religious traditions came together to focus our attention and our passion for the future of our planet on global climate change, and in particular, the reprehensible effects on the most fragile communities around the world.

We began this conversation and study by some of us by joining around 5,000 secularists and religious believers for a special march organized by Stop Climate Chaos Scotland. We each gathered for very different motivations except for one: the impassioned desire to mitigate the devastating effects of global climate change for our families and for future generations.

Reason in Dialogue with Faith

That common concern for our planet rallied all of us around two things; the wisdom of our faith traditions regarding our relationship to the earth and the cosmos, and the science, handily shared with us by Dr. Katherine Trebeck, Global Research and Policy Advisor for Oxfam’s Research Team.

Some may be surprised that religious have an interest in the science of climate change. The Catechism of the Catholic Church states, “[M]any scientific studies . . . have splendidly enriched our knowledge of the age and dimensions of the cosmos, the development of life forms, and the appearance of humanity. These studies invite us to even greater admiration for the greatness of the Creator” (CCC 283) Buddhism, Hinduism, Islam, Sikhism, Judaism, Baha’i and Paganism also believe in the stewardship and care of the earth as a faith tenet.

But it is the science where secularists and religious believers find common ground. Although it is true the deep cultural divisions in the United States regarding the climate change “deniers”, including many of our political leaders, tend to be fundamentalist Christians who interpret the Genesis creation story literally. For many of us progressive Christians, the much older theory of the genesis of the earth and humanity is much more believable and inspiring.

Along with science that helps us understand the shattering effects of climate change and moves us to appreciate more deeply what we must do, there is an important area we did not have time to get into at the interfaith gathering in Scotland. What rouses us to act together on a common passion for our common home? The answer of course are the arts: visual beauty, poetry, movement, and literature.

The beginnings of Humanism welled up in 14th century Italy as a literary movement initially through a scholar and poet, Francesco Petrarca who poignantly focused on the human potential for achievement. As a religious person, I too am enamored by the wonders that poetry provides and the visual arts that stirs the heart.

In the challenges that climate change offers humanity, what is it that “inspires” us, arouses our passion and action. For some, both secularists and religious believers look to science, and beyond it in order to move our hearts and minds toward united action. May I suggest three artists who do indeed stir many hearts to a deeper, more profound relationship with the environment?

An Environmentalist, A Visual Artist, and a Poet

The first is John Muir, one of the first pioneers in environmentalism. He was a Scottish-American naturalist, author, environmental philosopher and early advocate of preservation of wilderness in the United States. His letters, essays, and books telling of his adventures in nature, especially in the Sierra Nevada of California, have been read by millions. His activism helped to preserve the Yosemite Valley, Sequoia National Park and other wilderness areas. Reading his journals and letters are extraordinary.

The second is Ansel Adams. He was an American photographer and environmentalist. His black-and-white landscape photographs of the American West, especially Yosemite National Park, have been widely reproduced and his images continue to inspire many. Adams founded the photography group known as Group f/64 with fellow photographers Willard Van Dyke and Edward Weston exploring the photography as art.

Finally, my favorite poet is Mary Oliver, whose work is grounded in memories of Ohio and her adopted home of New England. Most of her poetry was set in and around Provincetown since she moved there in the 1960s. Influenced by both Whitman and Thoreau, she is known for her clear and poignant observances of the natural world. Her creativity is stirred by nature, and Oliver, an avid walker, often pursues inspiration on foot. I leave with a sample:

I don’t know exactly what a prayer is.
I do know how to pay attention, how to fall down
into the grass, how to kneel down in the grass,
how to be idle and blessed, how to stroll through the fields,
which is what I have been doing all day.
Tell me, what else should I have done?

Doesn’t everything die at last, and too soon?
Tell me, what is it you plan to do
With your one wild and precious life?

From “The summer day”; New and Selected Poems (1992) by Mary Oliver

December 17, 2015
Because the Bible Tells Me So
Next Post

December 22, 2015 My Personal War on Christmas
Browse Our Archives
Related posts from The Secular Spectrum 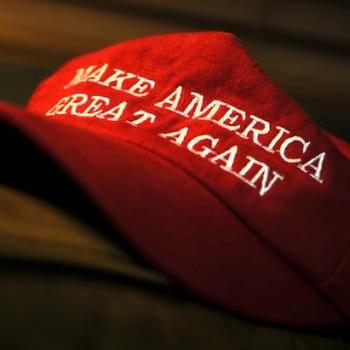 Nonreligious
Why Aren't You a Trump Supporter?
The Secular Spectrum 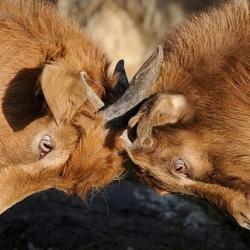