A Sensitive Subject: On Family and Sincere Insensitivity 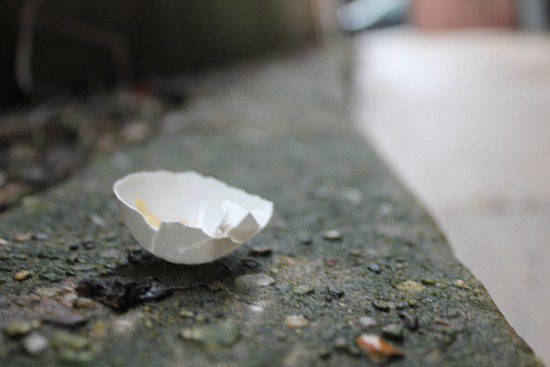 We need to have a talk about sensitivity.

Being sensitive is one of those things that gets pretty mixed reactions. Tell someone that they shouldn’t use slurs like “retard,” and they might accuse you of being “hypersensitive.” Start to spill some of the details of the newest Star Wars film, and people might ask for spoiler alerts so as to be sensitive of the people who haven’t had a chance to see the movie yet.

In general, though, whether you see sensitivity as something to be celebrated or derided depends on how much or little you think people ought to care about something.

Since I came out to my family as a non-Christian and ultimately as an atheist, I’ve been navigating this strange space where the people who have known me the longest are trying to relate to me in my new label(s). I was able to adjust far more readily; after all, I knew where they were coming from, having been religious prior to my deconversion. But they have often struggled to find the right balance of sensitivity – at least, when they’ve tried to be sensitive.

A few instructive examples might be in order here. My own father has largely avoided conversation about my irreligiosity, but not long ago, he said, in the course of telling me that he had felt a “conviction” about something he was being supernaturally called to do, “I know you don’t believe this, but…” (I’ve never once indicated to him that I would like him not to discuss his religious beliefs with me.)

Similarly, my own mother-in-law, who has maybe been the most understanding about my deconversion of all of my family (excluding my wife), took me aside when she gave us our Christmas card because she’d picked out a card that had Santa on it and talked about the “magic of belief.”

These are relatively innocent things in the grand scheme of things (and these individuals have good intentions, I think), but they reveal an important truth: They don’t really have a clue how much I overlook all the time. They assume a level of sensitivity that I literally never show because it’s in my nature to be the peacemaker.

But the best example of this just entered my hands this evening: a birthday card with a handwritten note from my nonagenarian grandmother, the only surviving grandparent I have.

My relationship with my grandmother, especially since my deconversion, has been strained. We were never particularly close, although she makes an effort to stay connected in little ways. When I first came out as an atheist to my mother (her daughter), she found out and sent me a typewritten note which brought up Pascal’s wager and mentioned someone on some Christian TV channel that she wanted me to check out. (Those of you who have deconverted from a religious family might have similar stories.)

Other than that, we don’t talk much, certainly not about religion. I didn’t reply to that initial letter even though I wanted to, so badly. My grandmother is a dyed-in-the-wool Christian, herself the daughter of a Southern Baptist minister. She is as evangelical as the day is long. I know what my deconversion means to her, and despite our emotional and ideological distance, I don’t particularly want to pour salt in that wound.

But that apparently is a one-way street.

Her note is barely legible, the painstaking effort of an unsteady hand, inscribed on the inside of a card with a Thomas Kinkade print on the front. In it, she says,

Dear, I hope this doesn’t offend you. You see, this is the only kind of card I have

Which on its own would be fine – I understand that my religious relatives might only buy religious holiday cards – but she continues:

and I want you to know I love you. I refuse to give up on you.

And there it is, her gift to me on my birthday. The candles are blown out, and the wish is made. Her wish, not mine.

I was immediately reminded of what Susan Katz Miller, an author who has written extensively about interfaith marriages and families, said on Twitter when sharing this RNS piece about welcoming atheist children home for the holidays:

Accept that adult children have their own identities, beliefs. "How to welcome atheist kids home for the holidays" https://t.co/ziSXXlJM9W

Here is where the heart of sensitivity lies: Not in empty professions of love, but in a real attempt to understand and to acknowledge the thoughts, desires, wishes, and identity of another person, even if that means putting aside your own wishes and desires for a second.

Maybe my grandmother is a lost cause in that regard. But I refuse to recognize this kind of feigned sensitivity that thinly veils an utter lack of consideration for who I am as a person.

If you care enough to want to be more sensitive to these things – and it’s my sincere hope that more people will want just that – you must start here. No other gesture will suffice.

January 4, 2016 Seeking a New Year's Evolution
Browse Our Archives
get the latest from
The Secular Spectrum
Sign up for our newsletter
POPULAR AT PATHEOS Nonreligious
1