Words Matter: How Disney Just Can’t Get It Right 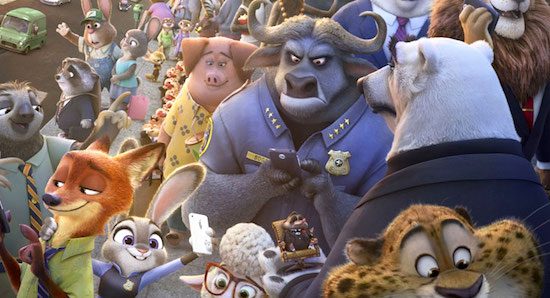 Last night, I saw Disney’s latest installment, Zootopia. Certainly, Zootopia was a wonderfully subversive film. It’s a seemingly “pro-cop” animated film about talking animals that features a strong female lead, which parents are sure to take their young ones to see.

But the lead is more than that–she still experiences self doubt, she’s allowed to make mistakes and apologize for them, and the message is so much deeper still. Disney dives into stereotypes, internalized biases, and micro-aggressions to tell kids that sometimes, words and phrases that are seemingly innocuous carry cultural baggage. That words and phrases can be disparaging, harmful, and marginalizing to others.

That’s why I don’t understand why Shakira’s pop star/activist character referred to Zootopia as a “Wild, crazy, beautiful place”.

I get the double whammy. I am a Bipolar person who most often presents as femme. My own doctors have dismissed me as ‘crazy’ or ‘hysterical’. Both of these words carry cultural baggage that is harmful to people with mental illnesses.

I realized the importance of the film’s mistake when I brought up how I side-eyed the word during the film to my fiancé. His first instinct was to dismiss me as being sensitive. But he quickly realized how insidious the film’s use of ‘crazy’ is.

Zootopia is a film entirely about thinking through our statements, critically examining our biases and the biases of our institutions, and mitigating the harmful impact of our silences, words, and actions. Why wouldn’t Disney apply these same examinations towards disability as they demonstrably have towards race, gender, class, body type, and sexual orientation?

According to the National Alliance on Mental Illness, one in five adults experience mental illness in a given year. For all of the writers, animators, planners, actors, proof readers, producers and other staff on this project, was no one aware enough to say “Hey, actually, that’s pretty hurtful”?

Removing ‘crazy’ from Shakira’s line wouldn’t have changed the sentiment behind her statement. Given the context, she intended to convey that Zootopia was a wonderful place because of its diversity, rather than in spite of it. Or perhaps Disney could have animated one of the news anchors commenting on the interview to call out Shakira’s character for using that slur, in the same way that other characters responded to mistakes throughout the movie.

Zootopia was a wonderful film. I very much enjoyed it. I think the impact of Zootopia will be positive among and beyond its target audience. But media progress should not be hinged on the inequality of other marginalized identities. Progress, and therefore liberation, should be collective. Otherwise, it undermines itself.

In other media, capitalistic patterns tend to trickle down into the most specific of interpersonal interactions. For example, workforce labor (and therefore monetary currency) is considered to be more valuable than emotional labor (and other types of currency) in our society; in order for there to be “winners”, there must also be “losers.”

I was once told by a doctor that I should allow him to change my diagnosis to one less specific because “a bipolar diagnosis can ruin [my] life.” He meant was that I’d be perceived as less likely to contribute to a capitalist society, and, consequently, would be more ostracized from it than somebody with a less “difficult” diagnosis would be.

Although capitalism (read: Disney’s success) relies on systemic inequalities, creating a film that respects all identities would’ve been relatively simple. They could have cut the slur out or, better, created a teaching moment. Unfortunately, to many, ableism isn’t perceived to be as serious or important as racism, sexism, and other “-isms”. It’s disappointing to see this sentiment echoed in a film in which the takeaway message urges viewers to respect other people by truly going the distance, not simply avoiding overt bullying, but truly respecting others.

I read somewhere that disability rights is going to be the “final frontier” for human rights activists. But, do we have to wait until everybody else catches up to neurotypical, cis gendered, heterosexual, and Christian white men to start demanding the respect from media that we deserve?

We can appreciate Zootopia for what it is—a good, progressive film on privilege, prejudice, and systemic “isms”—while also criticizing the work for what could have been done better. I am tired of being gaslighted because I am speaking out against the willful ignorance of the American vernacular use of ‘crazy’.

Too often, ‘crazy’ means unstable, wild, eclectic, inconsistent, different, or frightening. This speech shouldn’t be normalized. I’m not here for it. You shouldn’t be either. 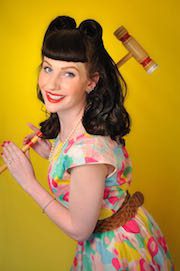 MEG GISONDA is an animal nutritionist and nature lover in Arlington, VA. She spends most of her time petting every dog she sees and trying to dismantle the capitalist patriarchy. She is bipolar, and can remember identifying as secular as early as nine years old. Her academic background spans between Biology and 21st Century Studies, and she enjoys writing on biological patterns observed sociologically. She spent time researching the appropriation of Middle Eastern dance narratives in Morocco, Turkey, and Sri Lanka. She is an avid Lindy Hopper and pin-up model, and enjoys teaching dance in the Washington, DC area. 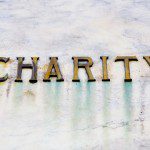 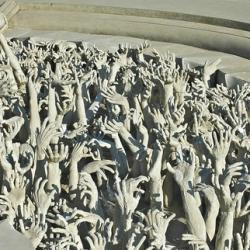 Nonreligious
"You're Not Angry Enough": Humanist Outrage and... Grace?
The Secular Spectrum
TRENDING AT PATHEOS Nonreligious