Much of the criticism of dual-faith practice seems to revolve around the issue of authority, and whether this is derived from the individual, the group, the tradition, or the Divine.

Other possible criticisms include the idea that each tradition is complete in itself and does not require input from outside (Bloom, 1994: 164-5); and the possible danger of ‘pick’n’mix’ spirituality, which might mean that the dual-faith practitioner chooses only the parts of each tradition that appeal to him or her, and avoids aspects which seem difficult or repellent now but may later turn out to be useful, or which the tradition insists are necessary.  Brooks (2003) writes:

There is minimal intellectual or moral rigour to “bespoke belief” that knits together the cosiest aspects of the systems on offer and ignores any broader inconsistencies.

There are also issues like loyalty to one’s tradition and to the martyrs who died for the principles espoused by that tradition (Thurston, 1994: 178).

The degree of difficulty in combining two or more traditions depends on how exclusive the truth claims of each tradition may be.  Bloom (1994: 164-5) distinguishes between exclusivism (claims of completeness) and sectarianism (claims to sole possession of the truth):

Exclusivism may appear to be a negative feature of religious faith. However, I believe it can be distinguished from sectarianism, which is more an attitude that denies any validity or truth in other views. On the positive side, the exclusive character of a religious faith may indicate the conviction that the faith is comprehensive, complete, needing nothing from the outside to justify itself. It is my personal observation that religious traditions are integral wholes, growing up out of the experience of founders and members and evolving through the centuries.  Though they may appear to outside observers as lacking in some dimension, the participants in these traditions may not experience that lack. What appears to be lacking to some observer may, for historical or other reasons, be latent, though not fully articulated within a tradition.

People who have had direct mystical experiences of the numinous often find it difficult to fit them into the norms of the traditions they are following.  Various mystics,  particularly women (Herzig, 2006: 25), attracted the attention of the Inquisition to determine whether or not their mystical revelations fitted in with Catholic doctrine, or whether their miracles or stigmata were genuine (Herzig, 2006: 31).  Some revelations cannot be accommodated in the existing paradigm: new religions were founded on the teachings of Buddha and Jesus because they were not accepted by the traditions from which they emerged (Case, 1913: 64).  Sometimes people will break away to form or join a new tradition because of dissatisfaction with some feature of their existing tradition; this may involve a total rejection of the existing tradition, and/or a return to an earlier tradition – as, for example, Goddess feminists’ rejection of Christianity on the grounds of its patriarchal associations and their creation of new traditions (Harvey, 1997: 74). Alternatively, the new tradition may be a syncretic amalgam of the old with the new, as early Christianity was an amalgam of the new insights of its founders with its Jewish heritage and the Graeco-Roman religions that were contemporary with it (Case, 1913: 66).

Another possible criticism of dual-faith and syncretistic practice is the charge of cultural appropriation.  This issue was first raised by Native Americans in objection to the ‘borrowing’ of Native American ideas, rituals and practices.  They objected that this was just another form of imperialism.  If using ideas from other cultures is not done respectfully and with a sensitivity to their original context, it can seem like theft to the originators of those ideas (Harrison, 1999: 11).

Whatever models are used to describe or explain dual-faith practice, it is clear that fidelity to the traditions being followed (or to the spirit of them, if not the letter) is of paramount importance to dual-faith practitioners.  They are not merely ‘spiritual shoppers’, but rather people who are attempting to follow what they have experienced as a call, coming from a source perceived to be external, but heard inwardly.

It seems that it is possible to follow two or more traditions simultaneously, but never easy, and sometimes painful, both because of contradictions which may be felt internally, and because of hostility from people whose religion is almost entirely a matter of external authority.

Various models may be offered to describe practising more than one faith: dvoeverie, inculturation, syncretism, and coinherence – but in reality, experience, practice and belief are always more complex than theology and theory might suggest.  Beliefs and practices vary dramatically within faith traditions as well as between them, so it is sometimes hard to draw accurate boundaries on a map of faiths.

This article was originally published in the Unitarian journal, Faith and Freedom. 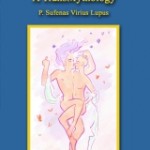 January 23, 2013 Review: All-Soul, All-Body, All-Love, All-Power: A Transmythology
Recent Comments
141 Comments | Leave a Comment
Browse Our Archives
get the latest from
Pagan
Sign up for our newsletter
POPULAR AT PATHEOS Pagan
1