Making Meaning After the Death of Tony Terrell Robinson, Jr.

My town, Madison Wisconsin, is often on Ten Most Liveable Cities lists. Ten Best Biking/Living/Working/Foodie/College Town/This or That or the Next Thing lists.

Madison is also one of the very worst places in the country—the entire nation—to be African-American.

I had an essay to post today. It was all written and set to go on Friday morning, and I thought to myself, “Friday is sort of a dead day…I’ll hold off.”

Then on Friday night, Tony Terrell Robinson Jr. was shot and killed by Madison Police Officer Matt Kenny. Robinson was unarmed. The police officer was white. As Madison Chief of Police Mike Koval said succinctly, “To the extent that you have, again, a person of color, unarmed who subsequently loses his life at the hands of the police, I can’t very well distance myself from that brutal reality.”

But Madison is not Ferguson.

There are marches. The Capitol is again filled with protesters. But so far, as the song says, “We are a peaceful, angry people.” And because it’s peaceful, it’s not getting much play.

The mayor trusts the protesters, and says so. The police have been present but not antagonistic. Everyone admits anger is justified. Stories of lived experience deserve to be heard.

I dare to hope that Madison may show the world that there are better ways to come together. That Tony Terrell Robinson Jr.’s death may, in the words of Rev. Alex Gee, become more meaningful than he had even dreamed possible, if we can make it so.

Here is something else to consider: Officer Kenny was one of the officers who brought wedding cake to the first gay couples married at our Capitol. He is not a monster. He is one of us. It is very hard to face that truth and embrace it.

There are (at least) two Madisons. At this moment we have an opportunity—so very, very precious—to change that truth.

I hope we can face our fear, our defensive gut reactions. I hope we can check ourselves, breathe deep, and lean into the community’s sorrow. There isn’t a single person who can possibly be happy at this young man’s death. Let us grieve together. Let us be angry. Let us call for justice, and for change. Let us become radicalized in our own community.

And that change starts with each of us. This is how we do, in Madison. We do together.

This is not a well-written essay. The sentences don’t line up right. I’m still struggling for words. Still struggling to understand how this could happen in my town.

The evening Tony Terrell Robinson Jr. was shot, I was attending a poetry reading at the Madison Museum of Contemporary Art. The exhibit, the work of ChanSchatz, caused me to ask deep questions about community, how voices are heard and stories are told, whose voices, whose stories. Who gets to make the art. Who gets to be part of the conversation. Then the last reader, Oscar Mireles, came up to the stage and told us he just learned that a young man had been shot on Willy Street. We would only learn the details when we went home.

Artists make meaning. It’s our job. Right now, my city has a chance to make meaning together, as a community, by working towards real, meaningful and lasting change. I may be Poet Laureate of this city (one of them)…but it isn’t my voice that needs to be heard at this moment. It is the voices of those in our community directly affected and those who experience racism and injustice personally, on a daily basis.

The rest of us need to listen.

Here is the family of Tony Terrell Robinson Jr.’s family, speaking after his death.

Here is a poem read that night by Miona Short, an African-American student at the University of Wisconsin working towards her physics degree. As a physicist, she seeks truth. As a poet, she speaks truth. She has given permission for me to use her poem here. I can think of no better way to end this essay than to cede this space to her voice, and to lean into these painful truths.

Come to the liberal city.
Lean on her tit and ask
What makes her so free?
Other people will give you
Answers. Wait for them
To apply to you.

Go home to Chicago,
Whose streets you can
Already understand.

Come back to the liberal city.
Walk her curly streets and
Remind her that you have
Questions. What makes her
So giving? Other people
Tell you. Something about
“Such a low murder rate”
Something about “no one
Will rob you in this city”

Come back to the liberal city.
Be the only black woman in a room.
Be the optical feast that no one
(Not even you) expected.
Diversity is in her tea-time lexicon.
People say “welcome” until you
Enter where your statistical
Contribution is…unneeded. Ask
The city why her tongue is so
Hungry but eyes too willing
To spit you out for sport.

Come back to the liberal city.
Read about the demographics of poverty
And incarceration in the place. Again
Ask what makes her so free when she
Is nothing but a wrought iron cage to
People that look like you. Wonder if
You’re being trapped. How would you
Know? Notice she never answers.
Only her entourage does. And all
Them are fake or oblivious. Swear
To yourself that you don’t hate her.
It’s that you haven’t found your
Footing. Convince yourself of this.
And count down the remaining years.
Miona Short
Madison, WI
March 2015 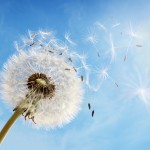 March 4, 2015
Transplanting from one culture to another - appropriation or exchange?
Next Post 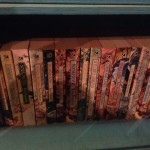 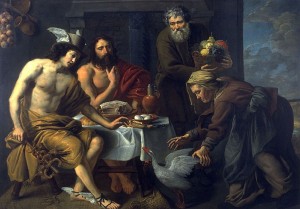 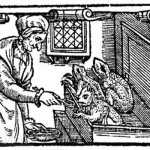