The social world as it is currently structured is the product of a particular set of assumptions about the world, about the role of different genders, and about the relative worth of different social roles and different cultures.

The fact that people can own land, that property is deemed more important than human life by our current laws, that those with wealth and property are given more power and status, that making war is given priority over creating community or protecting the most vulnerable people, that certain social functions are seen as female and others are seen as male – these are all cultural constructs resulting from thousands of years of  looking at the world in a particular way. They have been built up by custom and practice over a couple of millennia. But they are not inevitable.

A lot of our current social and economic structures exist because of agriculture. Hunter-gatherer and other early societies organised themselves differently.  The archaeologists excavating the Neolithic site of Çatalhöyük in Turkey have discovered that there was very little gender specialisation in people’s roles, and that people from different genetic groups lived together.

Many of our current legal and social systems come from the structures imposed by Christianity and its cultural ancestors (such as the Akkadian empire). Many ancient pagan and polytheist societies were organised differently, with matrifocal culture, matrilineal inheritance, collective ownership, and other variations.

Patriarchy is a system where descent is counted through the male line, and property passes from a father to his first-born son. This meant that a man had to control the sexuality of the the woman he had children with, otherwise he might pass his property on to another man’s son. Women were punished, often killed, if they had sex with a man who was not their husband.  The word “patriarchy” means “rule of the fathers”, and before the rise of feminism and the emancipation of women, the father was the head of the household, and men had a considerable amount of power over women. Married women in England could not own their own property until 1870, and if a couple split up, the man got custody of the children. Various patriarchal systems are still in force in many parts of the world, and patriarchal attitudes persist everywhere.

It is worth noting that unless there is a notion of individual property rather than communal property, there can be no notion of inheritance, so patriarchy would be unlikely to exist without the concepts of private property and inheritance.

Patriarchal societies also tend to enforce rigid gender roles for men and women, and often separate the sexes into different spheres of activity. Women are frequently required either to stay in the house, or to wear a veil when they go out.

Rape culture is the patriarchal belief that women do not like sex (a belief promoted by so-called radical feminists as well as “men’s rights activists”), and that men are inherently predatory and want sex all the time. According to this view, women always have to be coerced or cajoled into sex. This erases the possibility of meaningful or enthusiastic consent. In this view, any woman who actually enjoys sex is a “slut” and is therefore “fair game” to be hit on by men (note the predatory language). Think of all the times you have heard the idea that a rape victim was somehow “asking for it”.

Rape is mostly about exerting power over the victim; it is mostly not about fulfilling a sexual urge. It is also worth noting that when a man rapes another man, it is often done to “feminise” the victim, in other words, to exert patriarchal power over him. A similar motive occurs in the so-called “corrective rape” of lesbians by men – an attempt to “put them back in their place” in the patriarchal power hierarchy.

Kyriarchy is an expansion of the concept of patriarchy to include hierarchies of class, sexuality, and race. According to Wikipedia:

The word is a neologism coined by Elisabeth Schüssler Fiorenza in 1992 to describe her theory of interconnected, interacting, and self-extending systems of domination and submission, in which a single individual might be oppressed in some relationships and privileged in others. It is an intersectional extension of the idea of patriarchy beyond gender. Kyriarchy encompasses sexism, racism, homophobia, classism, economic injustice, colonialism, ethnocentrism, militarism, and other forms of dominating hierarchies in which the subordination of one person or group to another is internalized and institutionalized.

Multiple inheritance is a system in some societies where property to be inherited was divided equally between the children of the owner. The problem with this approach was that it created smaller and smaller parcels of land. The interesting thing about this system is that there are no “surplus” males to be sent away to conquer other lands.

Matriarchy is a system in which the mother or oldest woman heads the family. The most important line of descent and relationship is that traced through the female line. It is also defined as government or rule by a woman or women. There are no known purely matriarchal societies.

Matrifocality is where the family is focused on a woman, usually the mother (typically because the male is absent). It does not imply anything about power outside the home. It can also be used to indicate that more “feminine” values (such as nurturing, relationship, and negotiation) prevail.

Egalitarian systems do not advocate the specialisation of roles by gender; do not regard people as property; and are non-hierarchical.

What does this have to do with the Pagan revival?

There were many factors that prompted the Pagan revival. One was the disenchantment of the world – the sense that everything was emptied of meaning and sacredness, because everything had become a commodity. So people began to see Nature as sacred. Another was the loss of the Divine Feminine and the relegation of women to second-class citizens. So the Pagan revival went hand-in-hand with the rise of feminism and ecological awareness. There was also an important utopian, socialist, and gay aspect to the early phase of the Pagan revival – mainly embodied in the persons of Edward Carpenter and Goldsworthy Lowes Dickinson.

Among the impulses and stirrings that led to the Pagan revival, people began to look at alternative ways of organising communities, relationships, and property. They looked forward to imaginary utopias, and back to earlier societies, and outwards towards other cultures. They examined existing social structures and realised that they were grounded in a particular way of looking at the world – a patriarchal, hierarchical, heterocentric, property-oriented, capitalist, Protestant way of looking at the world. Some realised that our attitude to the Earth – regarding her as a resource to be used instead of a mother to be cherished – was inherently patriarchal. So they began to imagine other ways of relating to each other and to the world. That conversation, that process of reinvention, is still going on, not only in the Pagan and polytheist community, but in other communities too.

So, examining social structures and relationships has everything to do with Paganism. It’s about how we relate to the Earth, to other animals, and to our deities.

If we cease to see land as a resource to be used, and instead see it as a sacred place, then we begin to realise that it cannot be owned.

If we begin to see women as subjects rather than objects, we begin to realise that women cannot be owned, and women’s sexuality should not be controlled.

The earth is a living, conscious being. In company with cultures of many different times and places, we name these things as sacred: air, fire, water, and earth.

Whether we see them as the breath, energy, blood, and body of the Mother, or as the blessed gifts of a Creator, or as symbols of the interconnected systems that sustain life, we know that nothing can live without them.

To call these things sacred is to say that they have a value beyond their usefulness for human ends, that they themselves become the standards by which our acts, our economics, our laws, and our purposes must be judged. No one has the right to appropriate them or profit from them at the expense of others. Any government that fails to protect them forfeits its legitimacy.

All people, all living things, are part of the earth life, and so are sacred. No one of us stands higher or lower than any other. Only justice can assure balance: only ecological balance can sustain freedom. Only in freedom can that fifth sacred thing we call spirit flourish in its full diversity.

–from Starhawk, The Fifth Sacred Thing

When we see all life, and all that sustains life, as sacred, we will truly honour and celebrate diversity, and the “inherent worth and dignity of every person” – people of all colours, all sexualities, all genders.

A place or a being who is sacred cannot be owned, so societies that regard them as sacred will also be egalitarian, co-operative, and consensual. 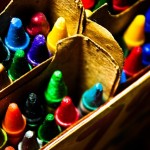 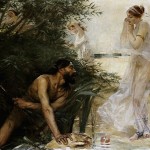 September 7, 2015 Welcoming the stranger and the refugee
Recent Comments
0 | Leave a Comment
"Very well said!"
Ivan Matthews Theology Is Not Religious Studies
"Yes it's very cool that it exists but it's not the only book on the ..."
yewtree Review of Queer Paganism by Jo ..."
"Cool that this exists"
James Review of Queer Paganism by Jo ..."
"Yes, Liz is a friend of mine.I think you need a manual and works of ..."
yewtree Imagining Other Possible Worlds
Browse Our Archives
get the latest from
Pagan
Sign up for our newsletter
POPULAR AT PATHEOS Pagan
1