heresy (n.) “doctrine or opinion at variance with established standards” (or, as Johnson defines it, “an opinion of private men different from that of the catholick and orthodox church”), c. 1200, from Old French heresie, eresie “heresy,” and by extension “sodomy, immorality” (12c.), from Latin hæresis, “school of thought, philosophical sect.” The Latin word is from Greek hairesis “a taking or choosing for oneself, a choice, a means of taking; a deliberate plan, purpose; philosophical sect, school,” from haireisthai “take, seize,” middle voice of hairein “to choose,” a word of unknown origin, perhaps from PIE *ser- (5) “to seize” (source of Hittite šaru “booty,” Welsh herw “booty”).

I have always found it very striking that, to the ancient Greeks and Romans, a haeresis was a school of thought, but under Christianity, a heresy became a departure from orthodox opinion. In the Hindu dharma, there are many different theological viewpoints, spiritual techniques, and modes of devotion. The same applies in the Pagan movement. We know that we do not know exactly what the nature of reality is, so action is more important than what theory about the gods you happen to hold.

In her excellent post, “Not a Real Pagan“, Bekah Evie Bel neatly skewers the view that to be a Real Pagan TM, you have to do or believe certain things. Many of the things are generally assumed to be “what Wiccans believe” – however, many of them are popular distortions of Wiccan ideas. I added in my comments on her post:

“Harm none” is a misinterpretation of the Rede anyway. What the Rede is pointing out is that since it is impossible not to harm anyone, you can’t actually do what you like, you have to think about the consequences of all your actions.

The so-called law of threefold return is actually a misinterpretation of Wiccan liturgy – so I don’t believe in that either. The rule is actually to return good threefold when you receive good.

I don’t believe in the Triple Goddess either. I am a polytheist.

And I am a Gardnerian Wiccan.

And for good measure, I added:

The full Wiccan Rede is “An it harm none, do what thou wilt”.

And the silly 70s poem that contains that text is NOT the Wiccan Rede either.

And don’t forget about us polytheist Wiccans either 🙂

Before anyone who really likes the 1970s poem jumps on my head: fine if you like it, but don’t refer to it as the Wiccan Rede. It is a poem about the Rede, it is not the Rede itself.

As someone for whom polarity is not the centre of my practice and duotheism doesn’t even get a look in, I’m probably a heretic in many people’s eyes. I like to think of myself as being in creative tension with my tradition – and in any case traditions evolve,  they are not set in stone.

But heresy means choosing a path, and isn’t that what Paganism is meant to be all about?

As the poem Outwitted by Edwin Markham puts it:

So the next time someone calls you “not a real Pagan”, say proudly that yes, you are a heretic. You will be in excellent company with all the freethinkers and dissenters and mystics down the ages. 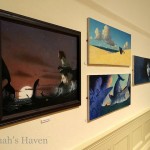 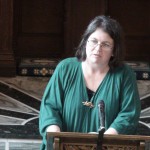 May 31, 2016 Why I am a Wiccan (video)
Recent Comments
0 | Leave a Comment
"Very well said!"
Ivan Matthews Theology Is Not Religious Studies
"Yes it's very cool that it exists but it's not the only book on the ..."
yewtree Review of Queer Paganism by Jo ..."
"Cool that this exists"
James Review of Queer Paganism by Jo ..."
"Yes, Liz is a friend of mine.I think you need a manual and works of ..."
yewtree Imagining Other Possible Worlds
Browse Our Archives
get the latest from
Pagan
Sign up for our newsletter
Related posts from Dowsing for Divinity

Animal Spirit Guides
Animal spirit guides are those animals that you have had an affinity...
view all Pagan blogs
What Are Your Thoughts?leave a comment
Copyright 2008-2020, Patheos. All rights reserved.