Chances are you’ve seen the shocking video from Jimtown, Indiana that shows a veteran teacher slapping a student in the hallway. If you haven’t, you can see it here. It’s a difficult thing to watch. For most teachers, it’s a difficult thing to watch for multiple reasons. Before I go any farther, I want to make this point clearly, right up front. That teacher deserves to lose his job. I don’t think you’ll find many teachers who would argue against that. Whether or not he should have been given a chance to retire with full pension is another debate that I don’t wish to get into. That said, let me finish my point. When I watched that video and I saw that teacher storm off in what was quite clearly a rage beyond his control—fight or flight response in high gear—I know exactly what he was feeling. I have felt it too. I’ll wager most teachers have. That’s why it was so difficult for me to watch. I hated to see a grown man slap a student—but I also hated that I could so easily relate to the rage that had gotten the best of him. I felt some of his guilt. I think that if any good can come of this situation, it could be that it will help shine spotlight on the state of teacher and student mental health in our modern educational climate.

I’m going to take a risk here and reveal a personal story that came near to derailing my life. It’s not easy to be so vulnerable and brutally honest about a moment of weakness that I’m not proud of, but this teacher’s situation in Jimtown brought it right back to the front of my mind and I feel like my sharing it could help someone feel that they aren’t alone. As I said before, I could relate completely to the rage that teacher felt and the sense of panic—the feeling of being completely out of control—because I’ve been there. A few years ago, I was suffering through a year where I had the worst collection of students in one class that I’ve ever had in more than two decades of teaching. Many of the kids in that class had been so scarred by personal trauma that they really needed help far beyond what I’m qualified to offer. But even knowing that, it was very tough not to take personally their behaviors and disregard for me. This group of kids wanted nothing to do with learning what I had to teach them. They wanted nothing to do with the classroom procedures and expectations I had for them. There were days where I wanted—quite literally—to jump out the window rather than deal with them for another moment. Day after day, week after week, month after month, that kind of thing wears on you. As a teacher, you are charged with keeping order in your classroom. You are held accountable for not just your students’ behaviors, but also their academic performance. If the main variable between the success or failure of your job performance as a professional (students) would just as soon look you right in the eye and tell you to f**k off as to give you one ounce of respect, it will get to you, if you care enough to try that is. One day, just before Christmas break, I was caught in the perfect storm. That class I mentioned, my last of the day, was having a particularly bad day in a particularly bad week. Toward the end of class, when I couldn’t even get them to sit down, I felt the panic rising. I backed myself against the wall as a cornered badger would. I was no longer in direct control of my physical response and that’s scary. Thank God I was able to channel my rage inward and not lash out at any student, but I did take it out on myself. I turned in blind rage and gave the concrete wall a mighty kick right as the bell rang. I didn’t know it at the time, but that kick broke my big toe. I burst through the classroom door and stormed out of the building before the students were even released to the busses. I probably looked a lot like that teacher in the video stomping off around the corner after slapping the student. I was in a state of pure, adrenaline-filled panic. As I stormed out of the building, I didn’t think I’d ever walk back in.

I was in no shape to return to work, so I called off for the next couple days before Christmas break. I went to the doctor. I was prescribed Zoloft and Trazadone. I was referred to a therapist whom I saw for the next few months. Thankfully, the two-week break allowed enough time for the meds to take effect in my system and I’ve been on them ever since. They have worked wonders for me, and I’ve never again gotten anywhere near that level of anxiety since.

When a large part of your job is to get kids to do seemingly simple things they just don’t want to do, it gets very tricky. Let me give you a couple of real-life examples of things teachers deal with every day…

I didn’t make those scenarios up off the top of my head. These are the kinds of things I’ve seen happen.

Now let’s return to the teacher in the video that’s making national news. I don’t know what that scenario was and what led up to the slap, but I could hazard a guess that it might have been something similar to one of the scenarios I listed above (again, I don’t know, just guessing). Maybe that teacher has had a particularly bad year. Maybe he’s not on medication. Maybe this time it just pushed him an inch too far and he lost it. He went WAY too far when he struck the child. But I know what he was feeling.

One more observation about this situation that I wanted to point out for the good of the cause. I’ve read a whole bunch of social media comments about the story of the teacher in Jimtown. I can tell you that a large chunk of those comments go something like this…

You get the drift.

I can’t help but notice the irony in those comments. Apparently, it’s pretty easy for all of us to get to the point of violence when we experience trauma.

We have a lot of different types of crisis in public education these days. We need to put teachers’ and students’ mental health at the top of that list, especially in these very troubling times. 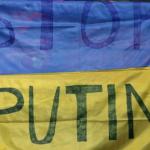 March 1, 2022
Conservative Christians, Do You Stand with Ukraine?
Next Post 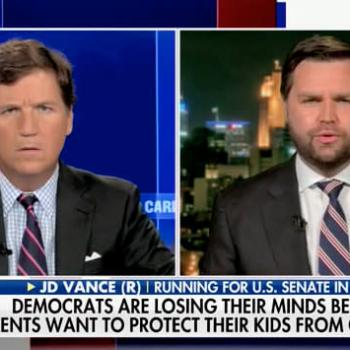