I am tired of hearing about Harvey Weinstein. I bet you are as well. If I had my way he would just go away to either jail or exile. In my perfect world, part of his punishment would be that his name be stricken from the lips of any television or radio personality from this day forward.
But we are going to hear about him for a while because of the nature of the abuse he perpetuated and the corruption of a major industry. The degree of effort that went into covering up his disgusting activities speaks of a need to clean up a broken society. We must talk about what occurred in Hollywood to reduce the chances that it will ever happen again.

But it is not just Hollywood we have to worry about. All across our society, we see powerful men misuse their power to have access to relatively powerless women. It is an immoral situation all too common in our world. As a society we must speak to this type of abuse and stigmatize those who seek to victimize women. To this extent, our society would benefit from having some one, or some group, with the moral authority to stigmatize the Weinsteins of the world, to discourage future abusers and to speak about how we can create a society where such abuse is greatly reduced.

A few years ago we may have been able to look to the Church to play such a role. Christians could be seen as having the moral authority necessary to speak out against those like Weinstein and to defend women from men like him. But that authority is lost in today’s society. It is not lost because of the Christianophobic reaction of others, although there are plenty of those who would like to rob Christians of their moral authority. No it is lost because so many Christians voted for President Trump, who is far from innocent when it comes to reducing women to sexual objects. This is precisely the situation I was worried about when I found out that 81 percent of white evangelicals voted for Trump. They did so to get access to political power. But now they will find that they have lost their voice on moral issues such as this. Indeed, they traded moral authority for political power.

Merely because one voted for Trump does not mean that one supports everything he does or says. But how are you going to condemn a man who treated actresses as sexual toys, when you have put into office a man who bragged about being able to grab women between the legs (to put it gently)? The Christian moral authority to condemn Weinstein has been greatly damaged because Christians helped elect a man who is quite similar to Weinstein in treating women like sex objects.

What a missed opportunity we blew to talk to our society about the costs of modern sexual values. Do we really think that Americans trust Hollywood to be its moral compass at this time of our history? Feminists gave up their moral authority on issues of sexual harassment when they failed to take seriously the charges against President Clinton. Do we trust the same media that covered up Weinstein’s transgressions for moral authority? Perhaps academia could be the moral authority but trust in higher education is quite low right now, especially among Republicans. I believe the issue of the loss of free speech on college campuses has not helped them to have that moral authority.

Christians had an opportunity to step into the gap of moral authority we have in society on issues such as sexual mores and harassment. It is true that some with Christianophobia would point out some of our fallen leaders, but those are generally haters who will never like anything we do. And moral authority is not lost because not everyone in our group can live up to our standards. It is lost when Christians as a community show that they do not truly follow those standards. When Christians fail to apply the same character test they had for Clinton to Trump, then they gave up that moral authority.

Look I get it. Clinton would have been a disaster for religious freedom. Under Clinton, Christian schools would have had to fight for their accreditation. Christian student groups would have had to battle to make sure they have Christian leaders. Even Christian pastors may find their sermons subpoenaed or find themselves fired for what they preached. And do not even get me started on what she would do to Christian businesses. We know this is true because it had already happened under President Obama. Since Clinton had already showed contempt for the desire of conservative Christians, she likely would have been worse that Obama.

So I know that there would be serious political costs to having Clinton as president. Nevertheless we would have maintained our moral authority for such a time as this. And in my mind losing that authority is bigger than losing a Supreme Court judge. If as Christians we cannot act to maintain our moral authority, then why does it matter if we maintain political power?

October 16, 2017
Is Hostility Towards Christians Increasing – No, but…
Next Post 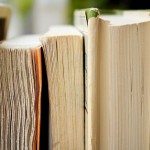 October 24, 2017 Christians and Intellectual Endeavors
Recent Comments
2 Comments | Leave a Comment
Browse Our Archives
get the latest from
Shattering Paradigms
Sign up for our newsletter
POPULAR AT PATHEOS Evangelical
1

What Evangelicals Just Don't Know About...
Anxious Bench
Books by This Author Books by George Yancey

Vulnerable: A Letter to West Franklin
West Franklin Family, The Bible's pretty clear: God's children are to love...
view all Evangelical blogs
What Are Your Thoughts?leave a comment

2 responses to “President Trump, Harvey Weinstein and the Lost Opportunity for Moral Authority.”