Should we Address the Fears of Christians?

Should we Address the Fears of Christians? May 8, 2018 George Yancey

I guess the story ends well. Due to legal pressure and threatened lawsuits, UC-Davis eventually took out the offensive passage. Victory right? Well, let us think about this. If a Christian at UC-Davis faces discrimination based on his or her religion, do you think that person should trust the administrators to adjudicate that case? If your answer is yes, then would you feel comfortable having someone who has gone on record saying that it is okay for men to get paid more money making a judgment on a case where a women is complaining about sexism and unequal pay? It is great that the rule allowing anti-Christian discrimination is not on the books, but the people who will enforce that anti-discrimination statute are the ones who thought the rule was a good idea in the first place. That is not exactly information that provides one with assurance that the anti-discrimination statute will be fairly enforced.

Indeed a little while ago I pointed out a court case that illustrates what is likely to happen. In that case a Christian student organization at the University of Iowa was denied the right to have a religious requirement for leadership. Yet that same university had no problem with a Muslim student group that had such a requirement. Once again in the long run the proper thing happened, and the courts struck down the rule due to unequal enforcement. But we again have a situation where college administrators decided to engage in unequal enforcement of a rule. These administrators decided that Christians were not entitled to the full rights that other groups were allowed to enjoy. The rule was on the books and the University of Iowa administrators simply decided to enforce it only on Christians.

The reason why I am pointing this out is to show that merely having rules that seem religiously neutral is insufficient in a society that is troubled by Christianophobia. Those with Christianophobia tend to be highly educated, and I fear that this education has helped them to become quite adept at rationalizing differential treatment of Christians. It is quite easy to see why we want to treat a group we do not like worse than normal. But in a society that tells us that treating groups differently is wrong, then we have to find justification for unequal treatment. Finding that justification is not as hard as you might think.

No two circumstances are exactly the same and we usually can find a difference in those circumstances. Therefore we can find some aspect of a given situation so that we can justify the contrasting treatment of the disliked group. When others point out that the situation is basically the same except for a few unimportant details then we can merely claim that they are engaging in “false equivalency” and then go on with our anti-religion discrimination. In these two cases, legal pressures or rulings prevented college administrators from acting out on their Christianophobia. But I fear there are other cases that indicate that this same thought process has resulted in unequal treatment of Christians.

For example, you may remember this incident where a coffee shop owner in Seattle threw out a Bible study group who had also passed out objectionable flyers. Note that the flyers were NOT passed out in the shop. For how long have we been told that public accommodation means that businesses must serve everyone regardless of whether you agree with or not. Having a principled objection to a same-sex marriage does not provide one with license to not provide that marriage with flowers if one runs a florist or a cake if one runs a bakery. However, it seems that one is allowed to not provide coffee to someone who objects to homosexuality.

Of course there are differences in these two situations, but those differences do not make this piece of hypocrisy look any better. The Christian baker is being asked to create a special cake for a ceremony that she disagrees with while the coffee shop owner only has to provide a normal service for someone coming into his shop. If we look at the historical context of Jim Crow, then we see that laws of public accommodations are much more in line with the former than the latter. Or we can point out the difference in that the Christian business owner is violating sexuality rights while the coffee owner is violating rights of religious consciences. Are we at a point in our society where we have so little regard for religious conscience that such rights are now valued lower than who one sleeps with?

And then there are the justifications I heard when this incident emerged. The flyers were truly vile and that justified the owner’s actions. Or that we would also allow Christian owners to throw out an LGBT individual acting inappropriately at a location away from the business. There was even the claim, proven false, that the flyers were placed in the coffee shop. None of these claims deal with the true point at hand. The Christian owners are in trouble for violation of rules of public accommodation, and these differences do not eliminate that principle from the equation. Either one believes in public accommodation or one does not. Those justifying the coffee shop owner do not.

I believe that once we look at this dynamic of finding justification to treat Christians differently than others, then we can understand certain aspects that have occurred in our society. For example, this tendency to find reasons to justify Christianophobia helps us to identify situations such as in Colorado where public accommodations laws are enforced on a Christian baker but not on one who supports LGBT rights. It helps to explain recent efforts in California to target Christian colleges and universities. It even explains some of my research indicating that academics state that they are willing to engage in discrimination against conservative Protestants. In all of these situations, individuals will come up with justifications for why Christians or Christian institutions can be treated worse, but as we saw in the UC-Davis case, we cannot be sure that there are not also overt intentions to mistreat Christians.

But that is not the main point I want to make. My main point is that many Christians absolutely understand that there is anti-Christian discrimination in our society, and yet this reality is continually denied by powerful cultural actors. But before I go there, let me be clear that I know that there are Christians who look for discrimination and persecution where it does not exist. In the past I have argued that Christians should not talk about being persecuted. I have also been dismayed when Christians have taken events such as the shooting of a South Carolina black church and tried to make the shooting about Christianophobia instead of racism. But, recognizing that some Christians go overboard does not mean that anti-Christian bigotry and discrimination does not exist. After all, the fact that fake hate crimes exist does not mean that real hate crimes are imaginary.

The tendency is for those in the larger culture to dismiss any claims Christians make about discrimination. Why does such a tendency exist? When we remember that individuals with anti-Christian bigotry tend to be white, wealthy, educated or male, then we can remember that we are talking about people with power. Given that they tend to also be politically progressive and irreligious, then we can suspect that they have a great deal of cultural power. For example it is documented that Christians face significant bias in academia. Academia helps to shape our culture in powerful ways. There is also work suggesting that our media frames news in ways that are hostile to Christians as well (And I will add to this work next year in a book that will come out). So when the major cultural forces motivate others in society to ignore a given type of bigotry, it becomes easy to minimize and even ridicule real instances of Christianophobia.

This Atlantic article is fairly typical of promoting a “those foolish Christians are just crying wolf” attitude that is pretty commonplace. So you have the reality of actual anti-Christian discrimination and prejudice existing and a propensity for individuals to avoid the evidence of that discrimination. If we want to know why articles like that in the Atlantic can be written in ways to dismiss the concerns of Christians, then we only need to look at the fact that those who control the major cultural centers in our society (academia, media, the arts) are also likely to have anti-Christian attitudes themselves. Stories such as what happens at UC-Davis and University of Iowa are not covered in the Atlantic. Only the foolish persecution complexes of Christians are given space in the main cultural centers of our society, while real discussions of the problems that can be created by Christianophobia are ignored.

I cannot help but wonder if this helps to explain the incredible steady support many evangelicals have given to President Trump, given that Trump is far from the type of moral leader that Christians would like to support and given some of the unsavory elements that have come out about his life. But as I talked to my evangelical friends, they believe that he at least listens to them. Who knows? Maybe they are right. It is not like he has a high bar to leap over given the unwillingness of others to listen, or pay attention to Christianophobia in our society. Just mentioning that there is a problem may be enough for my evangelical friends to keep sticking with Trump. I do not excuse their support for Trump, but as I continue to look at the unwillingness of our cultural leaders to deal with Christianophobia, I am beginning to understand it a little more even as I still believe that in the long term Christians are going to pay an awful price for supporting someone as unstable as Trump.

This blog is not an argument that Christians have it worse than other groups. My argument is that anti-Christian bigotry and discrimination is real and impactful. The evidence for that is pretty clear. But whereas the major cultural institutions are quite willing to investigate and confront other types of intolerances (homophobia, Islamophobia, Anti-Semitism, etc.) they are not willing to do so with Christianophobia. Thus, I suspect that Christians have learned not to look towards those cultural institutions for relief but instead have latched onto a politician like Trump in hopes that some of their concerns can be addressed. 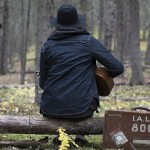 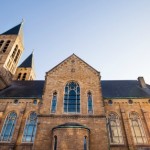 May 15, 2018 My Journey back to the Southern Baptists
Recent Comments
5 Comments | Leave a Comment
Browse Our Archives
get the latest from
Shattering Paradigms
Sign up for our newsletter
POPULAR AT PATHEOS Evangelical
1

5 responses to “Should we Address the Fears of Christians?”