What the New NFL Policy Tells Us about Corporate America

What the New NFL Policy Tells Us about Corporate America May 25, 2018 George Yancey

So the NFL has decided to put a stop to the spectacle of players kneeling for the national anthem. From this point on, such players will face a fine. Of course this news has generated the expected outrage that one would expect. It was hard to turn on a television news show and not see some media personnel talking about the players being on a plantation or losing their free speech rights. Funny how these folks were not too keen on free speech rights for the Benham brothers, Eric Walsh and Kelvin Cochran. But I dealt with that bit of hypocrisy in a previous blog and will not revisit it here.

What I want to do is see if we can learn something about the heads of the NFL, and by extension the rest of corporate American by this incident. One possible lesson is that this is all about the almighty buck. The NFL simply lost too much money last year. They figured out that there were more Trump fans to lose than “woke” fans. So they simply decided that they did not want to allow politics to interfere with business. After all people look to sports to escape, so who can blame them for trying to stay neutral on contentious political issues.

Except that the NFL has not shown itself willing to shy away from controversial political issues in the past. Remember when the NFL threatened to boycott Texas when transgendered bathroom laws were being considered? That certainly created the opportunity for them to lose fans and they did not blink. So I do not think the lesson here is that the NFL will turn away from controversial political issues if their revenue is threatened.

Am I exaggerating? Let’s compare the issues. Whether you agree with their tactics or not, the NFL players are fighting against the possibility of police brutality. Literally they are fighting for the lives of black men. The transgendered bathroom bill threatened to take the right away from someone with a penis using a woman’s restroom. Are these rights comparable? Would you rather be forced to use a restroom that you prefer not to use or be cracked over the head, or possibly killed, by a police officer? That is an easy call for me.

Since the executives and owners of the NFL care more about a transgendered person using a desired bathroom than whether a police officer kills a black male, the evidence is clear that favor sexual minorities over people of color. Of this I am 99.999 percent certain. But that leads to the next question which is why there is this favoritism for sexual minorities? After all if this about protecting marginalized groups then should there not be the same concern for both? I am not quite certain that I have the answer for why that is not the case for these executives and owners, but I am willing to speculate about it.

As a basis of this speculation I want to refer back to research I presented on this blog a few weeks ago. That work showed that sexual minorities gain some support from Christianophobia. They get more support from the affinity some have for them but they gain an additional boost for the policies they desire because of the anti-Christian hatred among some individuals. It seems likely that these individuals envision support for sexual minorities as a way to strike at Christians.

I have argued in the past that big business has shown evidence of anti-Christian hatred. This is due to the fact that those with Christianophobia tend to be white, male, wealthy and highly educated. Those are characteristics you would expect from CEOs at large businesses and from NFL executives and owners. So it is reasonable to suspect that this type of anti-religious bigotry may impact the decisions of those executives and owners. Indeed, it is likely that the NFL owners run around in a social network of other wealthy highly educated white men who share their anti-Christian sentiments.

This gets us back to why the NFL cares more about sexual minorities than people of color. Supporting people of color does not provide those with Christianophobia the benefit of punishing Christians. But if one can shoot down religious freedom laws, then that “benefit” can be obtained. If one can force Christian groups off campus because they do not conform to modern sensibilities about sexuality, then once again it is a win for Christianophobia. Attempts to force Christian schools to change their policies on issues concerning sexuality as we saw in California also can feed this anti-religious bias.

This explanation does not only apply to the NFL. I contend that we see this in business in general, especially large corporations. Notice that businesses do not engage in boycotts because of racism or sexism or poverty or well you name your favorite form of oppression. But they will leap at an instant to boycott anything the Human Rights Campaign tells them to boycott. I am not saying that a CEO will not make a statement about racism, but when was the last time a corporation threatened to boycott a state over a purely racial issue? I cannot remember such a time. As it concerns racism, businesses are willing to talk. When it comes to homophobia or transphobia, they are willing to punish the evildoers.

My love language is good works. I do not care what you tell me. Show me who you are through your actions whether you care for me or not. I think the actions of the NFL and other business entities have shown us their true political priorities. It is the priorities of the white cultural progressive elite. That white elite may vote for progressive political issues but the cultural issues, especially as they may impact conservative Christians is what he or she is passionate about. Indeed the NFL has shown us that it is on those issues, and only those issues, that the financial bottom line does not come into play. 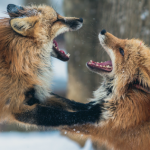 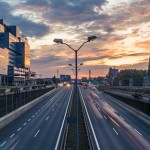 May 31, 2018 Moving on from the Patterson Debacle
Recent Comments
2 Comments | Leave a Comment
Browse Our Archives
get the latest from
Shattering Paradigms
Sign up for our newsletter
POPULAR AT PATHEOS Evangelical
1

Steven Furtick is the Most Dangerous...
The Chorus In The Chaos
Books by This Author Books by George Yancey