The Political Implications of Sokal Squared

The papers that were published tended to be in what the authors call “grievances studies.” Gender and Queer studies seem to be especially vulnerable to publishing a hoax paper. While I acknowledge myself as a race scholar, I do not accept being a black studies scholar. I have seen some of that work and it is not science. Science is what I want to do with my work, and I want to go where the data takes me. I do not think that this happens on a consistent basis in black studies publications.

At this point, let me accept some kudos on the behalf of sociologists. None of these garbage papers made it through a sociology journal. Sometimes my discipline gets bashed as merely being a sound piece for leftist rhetoric, and I admit that there is some basis for this critique. But in the end we are a science and if you do not have some degree of rigorous methodology, then it is hard, if not impossible, to get published in a mainstream sociological journal. But that does not mean that we do not have our problems as I will argue below.

Indeed given the difficulty most sociologists have in getting papers published in academic journals, I think there would have been a confrontation with any editors that let trash papers like this through their peer review system. I cannot imagine what it would be like to be a Gender or Queer Studies academic who was struggling to get published and then to see these three scholars get seven publications in a short period of time. Furthermore to get them with junk topics that they came up with from the top of their head would be very irritating for an academic in those disciplines. Even those who do get published on a regular basis in Gender or Queer journals probably now realize that their work has been downgraded since these authors have shown that nonsense will be published in those journals as well.

So how could something like this happen? Well, there was a distinctive pattern to the papers that were sent out. They all followed the pattern of a “woke” social philosophy. You know what I am talking about. The marginalized groups have to be empowered and the white, cis-gendered, heterosexual men have to be eliminated. I exaggerate but not by much. It is one of many political perspectives within our society today, but it is the political perspective that dominates academia. The work of the hoaxers reinforces a reality I have learned in my time as an academic. That reality is that it is much easier to get your work published if you support the current political climate in academia.

I know about this in my personal academic career. When I first started out, I was concerned about racial issues. Not surprising for a black academic. Much of my research was on interracial relationships, racial identity and interracial contact. The political implications of my work fit well within the mainstream political beliefs of academics. Perhaps the most controversial implications came from my arguments of black exceptionalism that emerged from my book – Who is White. But those ideas fit well with the current activism of Black Lives Matters, and BLM is a group that is well accepted in academia.

I am not going to say that it was easy to publish my work on racial issues. I think I had a normal set of ups and downs. I had some reviews that were head scratchers and some of my work was not always of peer review quality. But generally I felt that my work was judged on its merits. Sometimes that meant publication and sometimes it meant rejection. I may have, at times, silently cursed at certain reviewers. But I never felt that my work was rejected due to the implications of the results.

About 10 years ago I changed the direction of my research. I become interested in the prevalence of anti-Christian attitudes. I was especially concerned since those likely to have such hostility tended to be rich, white, educated and male. Thus Christianophobes are quite powerful. My new interest led to first a peer-review article that was fairly adjudicated and published. This led me to think that I would get a fair hearing as I headed in this new direction.

Boy was I wrong. As I have worked on future articles I ran into reviewers who clearly were more interested in stopping the research than evaluating it. One example may suffice. I did research showing that atheists and agnostics were just as vulnerable to errors in cognitive judgment as Christians. I used the same techniques that had been used to show the cognitive failings of Christians. I ran into a reviewer who insisted that my methods did not show what I claimed them to show and the paper was rejected. So I sent the paper to a different journal and added commentary explicitly arguing that the methodology matched what had been done before and that it was incumbent on the reader to point out any differences between what I had done and what had been done before. As luck would have it, the paper went to that same reviewer who made the exact same argument. No effort was made to differentiate my methods from the previous methods used to argue that Christians were cognitively inferior to secular individuals.

It was as if he or she did not read the new paper. In fact, I do not think the reviewer really read it. He or she was determined to reject it because of the argument that atheists and agnostics are not better critical thinkers than Christians. Data and evidence did not matter. Yes I did eventually get the paper published but at a lower level journal than the ones I applied to before. I am pretty confident that I would have eventually been accepted in those higher journals if not for the political implications of the paper.

That is what I have observed about publishing articles that do not fit into the political paradigm of the field. I can get them published but at lower level journals. I can get books out but not at the more prestigious publishers. If anyone looked at my vita, or resume, they will note that my earlier publications are in more highly ranked journals and book publishers than my later work. It is not because I have become a worse researcher. If anything I am a better scholar than I used to be. It is because the political content of my work on Christianophobia is not acceptable among “woke” academics while my work on race relations was well regarded from them in a political sense.

A major problem the Sokal squared hoax reveals is the political bias in the field. I have discussed the evidence of this bias before, and this research supplies even more evidence of that bias. Of course I did not need this hoax to be aware of this bias. My academic career is evidence of it. But it is always great to have even more verification from a different source.

It helps even more that the researchers are progressive secular individuals themselves. This is not a case of Christians, like myself, pointing out the anti-Christian hostility in the field. I know that when I do this that I am going to be attacked as being biased. But these are individuals who are likely sympathetic to many of the concerns found in a “woke” political philosophy but are even more concerned about what this bias is doing to academia. In this sense, even though I have published more on the subject of academic bias than these researchers, their work is likely to have a bigger impact due to the lack of any obvious source of social bias among those researchers.

It is not for myself that this bias concerns me. I have made a good life for myself in academia. If going in this new research direction inhibits my ability to get into the better journals, then so be it. I am old enough so that I do not care what other people think. But at a time when confidence in academia is declining, we should all be concerned about how such political bias blinds us to possible academic solutions and robs us of the legitimacy needed to export our findings to the larger society. Hopefully, in time efforts such as the Sokal squared hoax will motivate more academics to take political bias seriously. 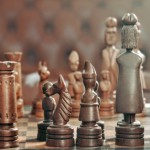 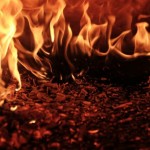 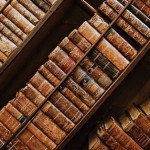 Evangelical
The Academic Reason Why There Are So Few...
Shattering Paradigms

Evangelical
Privilege part 4 – We (almost) all have...
Shattering Paradigms
TRENDING AT PATHEOS Evangelical

2 responses to “The Political Implications of Sokal Squared”