What I don’t like about the left. February 4, 2019 George Yancey

It seems that every time I critique anything leftist, I tend to get complaints about how I am a conservative or responsible for Trump. Honestly, one of the reasons why I did the right last week was to show how such comments are a bunch of nonsense. Not being a man of the left does not make me a man of the right, and vice versa is true as well. It amazes me that some individuals have a hard time grasping that concept. We moderates and independents do exist.

Last week I pointed out that I was troubled by the tendency of conservatives to ignore the structural sources of our social problems. My problem with the left is that there is a tendency to believe that humans are perfectible. I fundamentally disagree with the notion that humans are perfectible. I believe that we can get better but also that we should learn to accept some degree of our own fallen tendencies.

While this belief can lead to some good efforts, I also think that it can create awful situations when the drive for perfectibility goes astray. For example, much of the push of social justice is the striving towards a perfect society. Look at the rhetoric of eliminating racism, sexism, homophobia, and transphobia. Who can deny that important civil rights victories have emerged from efforts to eliminate bigotry and intolerance? But can we also deny that such efforts have led to unintended negative consequences?

There are many examples of this, but the latest one to cross my desk is part of a documentary on Evergreen College. As a proponent of free speech it was disturbing, and if you have the time, I invite you to check it out. The techniques used by some of the Equity Committee to get compliance at Evergreen are not unlike the ones used by cults to acquire unquestioned support from followers. But if you are convinced that you are on your way to creating a paradise, then you cannot brook any “resistance.” All opposition must be crushed.

I have come to believe that free speech is not a value to be found in modern leftism. To allow speech that does not further the goal towards perfectibility is to risk allowing individuals to stray from the acceptable path. I believe this is why you see efforts such as hate speech rules, compulsory education and all-comers policies being used to limit the expressions of groups who are not approved by certain leftists. It seems that even the ACLU, once the biggest champion for free speech for everyone, is starting to back away from protecting free speech.

This tendency to control who is allowed to speech to the larger audience is also seen in the left’s concern about religious freedom. The general argument is that religious freedom cannot be allowed if it means discrimination. The great example of this is the all comers policy some universities are adapting. This policy would require Christian groups to open their leadership to non-Christians. What is the point of having a group with a message when all of your leaders do not have to believe this message? I mean would the university make a group of female domestic abuse survivors have to consider a MAGA hat wearing Trump supporter as a leader? Of course not and that hypothetical is all you need to see that such rules will be selectively enforced. They are intended to remove “undesirable” religious groups from the public discourse of the university.

Let me be clear, although I know I will be accused of doing this anyway, that I am not saying that all on the left oppose free speech or freedom of religion. Nor am I saying that there are not impulses on the right to dampen the free speech and religion of certain groups as well. But the tendency is stronger on the left than the right. We can see evidence for this, at least as it concerns free speech, in a recent poll of college students.

I fear that many on the left do not recognize just how dangerous it is to seek out such perfectibility. The desire for utopia allows individuals to stop seeing dissenters as wrong, but as evil. Efforts to create the perfect society can lead to justifications of atrocities. Look at the efforts towards communism in the old Soviet Union. Marx’s vision of a communist utopia sounded great. Unfortunately, we had to break a few heads, er eggs, to get there. Can the leftists today participate in such an oppression in the future? Given current efforts to get individuals fired for not having the right “woke” opinion and even discussion about sending those who oppose transgender individuals to gulags, I really do not want to find out how oppressive those on the left will get if they obtained total power.

By the way have you noticed how less we are willing to forgive each other today? If we seek a perfect society, then we must punish any who get in the way. And if you think individuals are perfectible, then you do not have to forgive them when they stray from acceptable norms. Thus it seems to me, there is a hostility towards the mistakes individuals make and an unwillingness to forgive them for those mistakes. This propensity is not limited to those on the left, but I do sense it more on the left than on the right. Furthermore there is research that, at least as it concerns religion, those who are religious are more likely to forgive. Given the way leftist ideology would support non-forgiveness, I am inclined to see our lowered willingness to forgive others as a feature of leftism.

But if you are confident that you have found the right solution and are headed towards eliminating all of the evil in society, it may make sense to control what people say or what is an allowable religious belief. I do not have such confidence that I am correct and thus I prefer a society where we can have open discussions and not unduly punish religious groups with which we disagree. I hope we can get closer to perfection even if we cannot reach it. In my view it is better to have the dialog and find solutions that can work best for everyone. I have argued such in my discussion about what to do about racism. This attitude sets me apart from the left.

I think the source of this propensity to perfectibility is the reliance of modern progressives on the humanist philosophy that emerged from the Enlightenment period of our history. That philosophy suggest that humans are perfectible. Given the proper education and socialization we can develop human beings who will help us create a utopian type of society. It is similar to the idea of Marxism whereby having the right economic system will produce a “new person” who will end oppression throughout society. Of course, Marxism is not the only source of this type of mentality among the left as other types of problems are seen as correctable with the right socialization and training of humans. But the desire to create the ideal society and to suppress elements that are in the way of obtaining that great society is similar in a myriad of progressive groups.

I do not subscribe to the notion that humans are perfectible. I agree with the Christian critique that we are all fallen. As fallen creatures, we have to be careful not to be too confident that we have defeated the forces of confirmation bias and selfishness that can lead to an arrogance that we are not wrong. A proper level of humility is necessary so that we do not repeat the mistakes made in previous efforts to create paradise here on earth. It is a humility that I do not see often enough from those on the left. As such, I am not a leftist and remain deeply suspicious of leftist ideology.

My suspicion does not mean that I do not support some of the causes emerging from the left. Indeed, being a political independent allows me to be free of the socially constructed political agendas on the left and the right. I am free to pick and choose what I think is best from either side of the political spectrum to create my own unique political perspective. Fundamentally, I think that the presence of Christians should be a critique on both political parties. I get nervous with Christians who have totally accepted ideology of the left and of the right. It is fine to think that one side is more right than the other, but ultimately I believe that Christians should be ready to critique both their political allies and their political opponents.

So despite what some have argued, I really do not see the left and the right as identical groups. They certainly have similar tendencies in certain ways, but they each have, in my view, certain problematic flaws in their overall political philosophy. Ironically, their weakness may also explain some of the good things about each group. For the left, while their desire for perfectibility can lead to some troublesome situations, it can also help us to do a better job in recognizing and dealing with certain problems, like racism. To this end it is fair for those on the left, and the right as it concerns last week’s blog, to see my work here as both a critique and an affirmation. In the end learning how to bring balance so that some of the strengths of certain political philosophies do not get out of hand, is something that can benefit all of us.

Update: Some of you have defended the all-comers policy. Well the recent University of Iowa court decision shows that these rules are not enforced in a fair manner. Traditional Christian groups were not allowed to require leaders to adhere to their religious beliefs. But a progressive religious group was allowed to force leaders to sign a statement affirming their beliefs. What business is it of college administrators to enforce theological norms. None. And the same thing is true about U.S. Senators. Someone needs to inform Senator Booker about that. Bottom line is that the left has shown that even one’s own theological beliefs are subject to institutional control. This is the degree to which some on the left go to produce what they see as paradise.

February 13, 2019 Why we are not going to have a Conversation on Race.
Recent Comments
38 Comments | Leave a Comment
Browse Our Archives
get the latest updates from
Shattering Paradigms
and the Patheos
Evangelical
Channel
POPULAR AT PATHEOS Evangelical
1 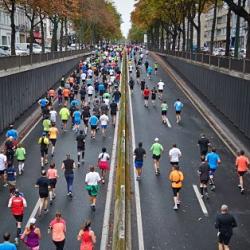 Evangelical
Punishing Others Versus Holding to Our Values
Shattering Paradigms 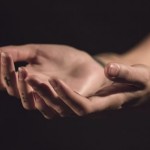 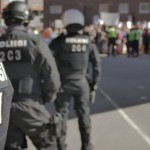 Evangelical
Coming to a Campus near you.
Shattering Paradigms
TRENDING AT PATHEOS Evangelical

Why We Cannot Prove God Exists and That's...
In his masterful introduction to Metaphysics, Peter van Inwagen points out why...
view all Evangelical blogs
What Are Your Thoughts?leave a comment

38 responses to “What I don’t like about the left.”