When I teach my sociology of religion class, I have creative way of introducing the students to the topic of Christianophobia. The section right before my discussion of that topic is antisemitism. So I tell the students of a study done at a megachurch. The study had about three to four thousand respondents who filled out a survey with open and close ended questions. They were asked about Jews. I tell the students that among the responses were these “gems.”

Then I allow the students to vent their anger at this church. I point out that it is only 7 responses out of thousands of respondents. But that does not satisfy my students. They conclude that the church must have an atmosphere that allows for such antisemitism. I do not disagree with my students.

But then I indicate that I have done a switcharoo. The study is not of a megachurch but of several cultural progressive organizations. There was a survey with nearly 4,000 respondents but instead of Jews the topic was conservative Christians. And the actual comments were:

If you have read my book on Christianophobia, you will know that this is similar to how David Williamson and I start the book. I think it a useful way to consider if we as a society are willing to treat Christians in ways we would not treat other religious groups.

The response to my students over the past few years has been quite telling. Some of them immediately see the relevance of the comparison and come to the conclusion that both set of statements are equally troubling. Others intellectually know that both statements are wrong but cannot help but feel that the antisemitic statements are worse. Finally, some try to find ways to justify the Christianophobic statements as not that bad. They see them as either jokes or not as relevant since Christians are not being killed. (They do not seem to realize that by most estimates Christians are the most persecuted religious group in the world).

This type of reaction is troubling to me for obvious reasons. I set up a scenario where two religious groups are treated exactly equally. The students can clearly see that they are both treated equally bad. Yet some of the students deny what is clearly before them and argue that one group is being treated worse in this given scenario. It seems that evidence of Christianophobia is not sufficient for convincing some individuals of its existence.

This has brought me to a sobering conclusion as I deal with the reality of Christianophobia in the United States. I believe that some individuals are unable to see anti-Christian discrimination no matter what evidence is presented to them. For them the cultural narrative that Christians are the dominant group is simply too powerful for them to consider alternative information.

I have marshalled strong evidence that Christians do face discrimination in key areas of our society, even as I acknowledged that they enjoy certain social advantages as well. Most notably, it is clear to me being a conservative Christian will work against an academic due to discrimination against him or her. Yet, if I am correct then my assumption that empirical evidence will convince some individuals that Christianophobia is a problem has been naïve at best. The cultural voices in their head will overwhelm any empirical evidence they receive and they cannot envision Christians being mistreated in any systematic way in our society.

My work on academic bias is not the only piece of evidence I have concerning this inability to conceive of Christians being mistreated. Alicia Brunson and I did an audit study with media personnel whereby they received similar scenarios but we exchanged different groups in those scenarios. So we had a scenario of a shooting in a church and one of a shooting in a mosque. Our respondents saw the church shooting as an example of the misuse of guns while seeing the mosque shooting as Islamophobia. We had a scenario of a professor making Christianophobic comments and homophobic comments. Our respondents focused on free speech with the professor making Christianophobic comments but hate speech with the homophobic comments. So scenarios were the same, but there was a different level of willingness to admit if Christians were being attacked simply for being Christians.

I think this may be behind the use of the “Easter worshippers.” I do not want to make too much of it but that does seem like an awkward way to describe the victims of the Sri Lanka attacks. Just saying Christians would have been pretty straight forward. But a hesitation to contextualize Christians as a group that can be mistreated would make one hesitate to directly state that the victim of such horrific attacks are Christians. One can lament the obvious unjust attacks without admitting that their religious identity is the main reason why these Christians were attacked.

So why the hesitation to admit that there are times that Christians are mistreated? I can speculate a couple of reasons for this. One is simply that victimhood can be currency in our society today. One can use that currency to gain political and social victories. In a society as polarized as ours, those who oppose conservative Christians may be eager to make sure that those Christians can never claim victimhood.

But there may be an even more basic reason for this tendency. I have already alluded to the fact that some of this tendency comes from certain cultural norms. In many sectors of our society there is a general assumption about the power of Christians. Christians are seen as living in a culture made for them and as such it is inconceivable that they would be unfairly treated. This attitude may be so powerful that even when Christians are abused in other countries it is hard to consider that they are suffering because they are Christians.

There are reasons to hold to such beliefs. Indeed for most of our history, Christians have enjoyed advantages that escaped those in other religious groups or the non-religious. And it is true that some Christians exaggerate the problem they face. Even though anti-Christian discrimination is quite real, I am on the record as being disturbed by the ease with which some Christians talk about being persecuted in the United States.

So it is understandable why some individuals have a hard time envisioning that Christians can face discrimination and prejudice in our society. But this does not mean that we should excuse their unwillingness to look at the evidence of Christianophobia when it is put right before them. Such unwillingness will make anti-Christian bigotry even more powerful since even obvious evidence of prejudice and discrimination will be dismissed by a significant section of the population.

We do not do nuance very well. Our culture has promoted the idea that Christians are always oppressors and never victims in any systematic way. And there are historical and contemporary examples of Christians mistreating others. But the notion that Christians are always the villains in our encounters simply does not comport with a nuanced understanding of reality. And given that those with Christianophobia are more likely to be wealthy and educated, and thus quite powerful, it stands to reason that certain sectors of our society will be especially prone to discriminate against Christians.

Can we change the culture so that more individuals become open to the possibility of anti-Christian discrimination? That is going to be a tough job. It is very hard to alter cultural beliefs as they are deeply ingrained into how we think about social reality. And the job was made much harder by the support of conservative Christians of a president who is held in such low esteem by younger individuals. Those individuals will eventually take over the reins of social control, and they will not forget the fact that conservative Christians supported a president who traffics in sexism and race baiting. So ultimately I am pessimistic that, at least in the short term, we can change our culture to one that takes seriously issues of Christianophobia.

Of course that does not mean that we as Christians should do nothing. We should confront anti-Christian bigotry when we find it. We should be aware that for some individuals, evidence will not suffice to convince them of that bigotry. We also have to protect ourselves by developing our own communities and supporting one another. I do not want this discussion to encourage fatalism. However, I do want us to be realistic about the depth of denial we will encounter as we tackle anti-Christian bigotry.

Update: I guess I should have wrote this line twice. “Even though anti-Christian discrimination is quite real, I am on the record as being disturbed by the ease with which some Christians talk about being persecuted in the United States. ” Seriously even if you do not follow the link it is clear that I am disputing calling what Christians face in the U.S. as persecution. The failure of some of you to see that indicates that you really did not read this blog to see if I had evidence but rather to automatically argue against the premise. And ironically in doing that you support my overall argument that certain individuals cannot accept evidence of systematic discrimination of Christians no matter how much evidence is presented to them. 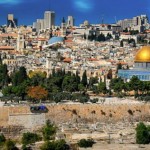 MAGA vs. Trump
The Donald Trump phenomenon is not just a personality cult.  He brought...
view all Evangelical blogs
What Are Your Thoughts?leave a comment

28 responses to “Christians cannot be Mistreated”