When Hollywood and Big Business Attack

This has been an interesting season as it concerns abortion politics. Some states have passed very lenient laws (ex. Illinois, New York) while others have passed very harsh laws (ex. Georgia, Louisiana). The passions on this topic are undoubtedly triggered by the confirmation of Justice Brett Kavanahagh. The expectation, or fear, depending on your point of view, is that he will be that fifth vote that overturns Roe. Whether he is or not remains to be seen but until we know whether the Supreme Court will support this ruling, we should expect more state legislatures to take proactive action on abortion.

The actions of states confirming harsher treatment of abortion is of particular note. These states now face the anger of many Hollywood celebrities and even some CEOs of large companies. I remember this happening in the past. But the issue at that time was not about abortion but it was about religious freedom and sexuality. At that time the pressure from these institutions helped to squash attempts to incorporate state level religious freedom laws. Whether they will be successful this time remains to be seen but we have seen this story before.

Whether these Hollywood celebrities and big business CEOs will be successful is not my current focus. Rather I am curious as to why they have decided to take on this fight. I am not talking about why they are accepting a politically progressive framework. I am less interested in the fact that they are progressive than the political issues that they are willing to influence by boycotts. When you think of it, it is quite extraordinary to take the step to intrude into the dealings of governments in other states and threaten to economically damage those states if they do not abide by one’s political desires. So it is relevant to ask why the commitment to these particular issues.

If we accept the general progressive leanings of these celebrities and CEOs, then why are they not boycotting states that do not promote efforts to clean up our environment? After all if we are told that we only have a dozen years before global warming destroys us, then why not pressure our state and local governments to take the necessary measures to combat it?

Why are these celebrities and CEOs not boycotting states that implement voter ID laws or not addressing the disproportionate impact of the criminal justice system on people of color? Do these progressives not care about the impact of structural racism?

Why are these celebrities and CEOs not boycotting states that are passing laws against sanctuary cities? Oh yes, they will condemn them in statements, but if they are concerned about the mistreatment of immigrants, should they not be doing more than talk? Should they not also economically cripple states that do not support those immigrants?

What about states that cut funding for education? Is not our future dependent on the education of our young? Why are these celebrities and CEOs not boycotting states that are not sufficiently funding our teachers?
What about states passing “right to work” laws? These laws are limiting the ability of labor unions to form and to protect workers. Certainly economic pressure from these celebrities and CEOs is appropriate for helping to end this practice.

But I really do not believe that these celebrities and CEOs envision those social issues (abortion and religious freedom/homosexuality) as more important than all other issues. I believe that these social issues are prominent because they serve purposes beyond the issues at hand. They are issues tied to issues in the culture war. Thus winning them is more than gaining political victories but helping to vanquish cultural opponents. I believe it is the defeating of the cultural opponents that is the major motivating factor helping these celebrities and CEOs to threaten boycotts for these issues, but not other political issues.

And let us be honest about this. The opponents that these individuals are focused on defeating are conservative Christians. If they were concerned about the influences of religion in general, then we would see Hollywood and CEOs boycotting Middle Eastern countries. But they do not engage in boycotts that may harm Muslim dominated cultures. No they are willing to take the extraordinary step of boycott when it can imped the desires of conservative Christians. That is the best explanation for their seeming preference of supporting abortion over ending global warming and their greater desire to support sexual minorities rather than support people of color.

This leads to the conclusion that an important factor in the decisions to partake in these boycotts is Christianophobia. That would explain why these Hollywood stars and CEOs would fight harder for certain progressive causes than others. This does not mean that Christianophobia is the only reason for these boycotts, but it is the best explanation for why these individuals go beyond merely advocating for a progressive cause to engaging in a boycott to support that cause.

To this end, it makes sense for conservative Christians to prepare to live in a society where they are cultural outcasts. To this end, I continue to suggest that we have to consider how to strengthen our own communities for this new reality. What strengthening our Christian community may mean varies from one believer to the next but the discussion of how we do this is one that we desperately need to have. 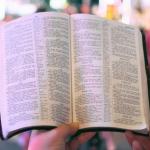 June 27, 2019 Pro-Life and Racism
Recent Comments
14 Comments | Leave a Comment
Browse Our Archives
get the latest from
Shattering Paradigms
Sign up for our newsletter
POPULAR AT PATHEOS Evangelical
1

Having Said That...There Are Times When...
Roger E. Olson
Books by This Author Books by George Yancey

14 responses to “When Hollywood and Big Business Attack”