Throwing Away my Vote

Three years ago, it was immediately clear to me that I could not support Donald Trump as president of the United States. It took a little longer, but I eventually decided that neither could I support Secretary Clinton for president. So I decided to vote for the political group that best reflected my values which is the American Solidarity Party (ASP). It felt good for once to vote for a person who best represented my values rather than someone who I felt was the lessor of two evils.

I was chastised for that good feeling. Most notably from my conservative Christian friends who were horrified that I refused to support now President Trump. They insisted that conservative Christians like myself had to stick together and make sure that Clinton was stopped. I was accused of making a meaningless vote when it was certain that only one of two people would become president. Worse some even said I was selfish in voting to feel good about myself rather than making a strategic vote for the betterment of the Church.

I do not see a vote for President Trump as for the betterment of the Church. Indeed, I see Christian support for Trump will ultimately be detrimental to the Church. But that is a discussion for another day. For today I just want to discuss the idea of throwing away my vote in voting third party. I suspect that in this election that it is not only my conservative friends who will condemn my decision. Given that those on the left have argued that this election must go their way to save our democracy and that “blue no matter who” has become a rally cry, many on the left may demand that I throw in with the Democratic nominee, which is now Vice President Biden.

My answer to such challenges is simple. I am not throwing away my vote. In fact, I would argue that I am using my vote in the best way possible. More on that in a minute. First let me tell you why I am not throwing away my vote. I live in Texas. President Trump is going to win Texas whether I vote for him or not. In 2016 he beat Clinton by over 800,000 votes. My one vote would not make a difference.

But perhaps a lot has changed in the last few years. Perhaps Texas is truly in play this time around. How will I feel if Trump wins Texas by just one vote and my vote could have stopped him? I will feel fine. If Trump only wins Texas by one vote then he has lost the general presidential election. Texas is more Republican than Florida, Ohio, North Carolina, Iowa, Georgia, and Arizona, so Trump has also probably lost most of those states. He also probably has lost toss up states such as Wisconsin, Pennsylvania, Colorado and Michigan. If Trump wins Texas by a single vote then we are probably looking at an electoral landslide victory for President elect Biden.

But what about those in key states that may determine the election. Can individuals in Wisconsin, Michigan, Pennsylvania, New Hampshire, Virginia and Florida feel so relaxed? It is possible that in one of these states that Trump could win by a single vote and in doing so win the presidency. But realistically how likely is that to happen? Trump won Michigan by a little more than 10,000 votes. That was the closest state that he won. Now 10,000 votes in a state where nearly five million votes were cast is close. But it is still 10,000 votes. Has there been any state won by a single vote in a presidential race? I do not remember any. So even if you live in a battleground state, the chances that your single vote will decide the election is so unlikely that you may as well vote for the candidate that best suits your values. No need to confine yourself to the Republican and Democratic candidates.

It is a mistake to think that voting third party is the equivalent of throwing away your vote. But that does not mean that it is a good thing to vote third party. Obviously if the platforms of either party best reflects your beliefs then voting for them is logical. This is not an attempt to convince those of who are harden progressives or conservatives that you are wrong. I obviously have disagreements with both the Democrats and Republicans or I would be supporting their candidate, but that is not my current argument. Rather I am speaking to those who are not so embedded in either of the major political parties who will run into this argument about throwing away their votes.

By the way, even if you do not highly agree with either platform you may feel good about voting with others in your in-group. Voting with the Republicans or Democrats with one’s friends can be desirable for social reasons. If a person has an emotional need to vote the same as his or her friends, then that is fine. I am not writing this to tell those who want to vote for one of the major parties to not do so. My argument is that those of us who feel that those parties no longer represent us should feel free to vote third party. In fact, I will go beyond that to say that we actually do better to vote third party than to compromise and vote for one of the major parties.

It is fair to ask whether I should vote for the party that best matches my values. Would it not make sense for me to decide whether the Democrats or Republicans best represent my values and throw in with them even though neither are close enough to inspire natural support for either of them. Given the futility of voting anyway why not make a choice?

Likewise, if my votes helps to raise the platform of the ASP then perhaps we become a bit more of a threat to the Democrats and the Republicans. Perhaps one, or dare I dream it, both of the parties make changes to stunt our growth. I will be happy to see them steal some of our ideas. I actually would like to be able to vote for the Democratic or Republican candidate. I would like to be inspired enough to work for their elections and reelections. That would mean that they are appealing enough to me that I have hope that they will make our society a better place. I do not have that hope right now. Even if I conclude that one party is better than the other, both parties seem to be leading our nation down a path that is detrimental to our country. To the degree that my vote for either party means anything it will mean that I will accelerate then down that path.

Now you can say that my one vote for the ASP is as meaningless as my one vote for either the Democratic or Republican party. To some degree you are correct. What does one vote mean anyhow? But the game is slightly different. I am not thinking about whether I can help ASP win Texas. We are not going to win Texas. But for ASP the total votes matter more than the way they may configure in an electoral college race. The more votes received indicates a bigger threat. While a single vote does not matter that much, it will not take as many votes for ASP to be meaningful in that it may become influential enough to help swing an election from red to blue or vice versa.

In 2016 ASP only received 6,662 votes. It would not take much for them to double their totals. What if somehow we got to 100,000 votes nationwide? Only four third parties (Libertarian Party, Green Party, Constitutional Party, and the Independent ticket lead by Evan McMullin) were able to do that in 2016. That at least gets the ASP into a conversation about who they are taking votes from.

But is it doable for ASP to receive 100,000 votes later this year? I am not sure. But I do know that it will be easier to help ASP reach that goal than to help the Democratic party receive 800,000 more votes in Texas. So even if I conclude that I slightly rather have Biden as my president than Trump, given that Brian T. Carroll best represents my values would I not be wasting my vote by supporting Biden?

So my vote is more likely to have a more positive outcome in supporting ASP than in supporting either of the two major political parties. There simply is not as need for as many votes for them to matter to ASP as there would be if I voted for either of the major parties. ASP best represents the values I have and the direction I want to go in this nation. If the ASP grows strong enough then it may have a long term impact on one or both of those major political parties. So rather than wasting my vote by throwing it away on two political parties that I see has harming our country I will use it wisely to strengthen a political party that will help influence the nation to move in a positive direction. Sorry but can someone again tell me how I am throwing away my vote?

Evangelical
Why I am not Voting in the Midterm...
Shattering Paradigms 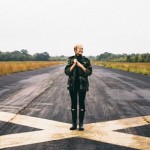