Why I am not Voting in the Midterm Election this Year

I feel like I am a child in a dysfunctional marriage that is heading for a divorce. My parents no longer talk to each other except to argue and call each other names. Why do I say that? Because I am a political independent who is tired of the dehumanizing and demeaning behavior of both political parties. I certainly must not be alone in feeling this way.

A little history. In 2015 I came out strongly against the candidacy of Donald Trump on facebook and in several articles at the conservative website – The Stream. It was not a political decision as no one at that time knew what his true political values were (I think we still don’t). But his willingness to ridicule others and his calls for violence against protesters concerned me. Yes his sexism and race-baiting was disturbing as well. But it was the overall package of playing to the worst instincts of ethnocentrism and fear in Americans that drove much of my hostility towards him.

I decided that Clinton would probably be a better president, but she has her own issues. So I could not support her. Eventually I decided to, for the first time in my life, vote third party and supported the American Solidarity Party. I think for the first time in my life I did not vote for the “lesser of two evils” and it felt good. Yes many of my friends thought I was throwing away my vote, but at least I would not own the mess that was being brought to our government.

To my surprise, Trump won. Many of my conservative friends were jumping for joy and many of my progressive friends were stunned, as was I. In fact, right after his victory, I started looking forward to 2020 when we would get new leadership, even if it was leadership that I disagreed with on many political issues. But I no longer feel that way. I do not think a Democrat government coming in 2020 will make us better off. What happened to change my mind?

Well, the resistance happened. I watched as individuals harassed their political opponents where they ate and where they worked. I observed the demeaning comments made of anyone who dared to disagree with the ideas forwarded by those opposing Trump. Progressives have for some time had a problem of failing to debate issues and falling back on calling their opponents racist, sexist, homophobic, bigoted and now rape apologists. Over the past two years, that has only gotten worse. There have been rejections of family members over their support of Trump. And while the AntiFa do not have the history of violence of white supremacist groups, they seem to be doing all they can to show that they can use threats of violence as a tool of intimidation as well. The same instinct to motivate by hate and ideological ethnocentrism by Trump was now becoming more evident in the resistance towards him.

I am not talking about a few marginalized voices. There are always individuals in a group who embarrass the other members of that group and whom we do not want to claim. I certainly do not want to claim Fred Phelps, and I have yet to run into a Christian who does. But that is not what is happening. Note for example comments from congresswomen Maxine Waters, and Senator Mazie Hirono who either refuse to condemn such harassment or even endorse it. These are not marginal figures in the Democrat party. By the way, how many prominent Democrats have condemned the attempted harassment of Republican officials? Are they waiting for someone to actually engage in violence against those officials before saying something? Too late.

And it is not just political leaders. Note that Joel Kaplan, a friend of Kavanaugh was criticized for attending the hearing to support his friend. Perhaps there was a time when we respected someone who stood by a friend, even if we did not like the person he was supporting. Not anymore. Now if you try to support your friend, and that friend is not in the current progressive mainstream you will be expected to apologize for being there for your friend. When will this madness end?

I know that some will argue that I should vote for the lesser of two evils. That way less damage will be done. But is not the lesser of two evils still evil? Perhaps if more of us stopped doing that to vote third party or to not vote at all, then more attention will paid to those of us who are tired of all of this viciousness and fighting. Since we do not have a governmental system that supports more than two parties (Oh how I wished we did) having large numbers of getable voters who refuse to vote may be the best way to get the attention of our political leaders.

By the way, let me be clear that this problem is not merely due to our politicians. It is our media that is the problem as well. During the Kavanaugh hearings, I could turn to Fox and have progressives described as snowflakes or I could turn to CNN or MSNBC and have conservative described as rape apologists. What I could not do is turn to a station and hear someone talk about what was motivating both sides of the debate in ways that humanized progressives and conservatives. Maybe if we stopped voting, then the media will realize that there are those of us out there who want to see issues discussed with nuance and for us to find compromises where possible.

I do hope there are many more who are tired of this as I am. Sometimes I think about whether those of us not invested into hating political opponents could have about three states where we could live and find compromises to the problems that arise. Those using terms such as “libtard” and “rethuglican” would not be allowed. Yeah I know this is unrealistic, but it shows just how exhausting all of this fighting has become.

I know that the emotions are up and that we are expecting a high turnout for the midterms. My non-voting will not make a great deal of difference, and I am unlikely to persuade many to join me. Nevertheless, I still will not participate in the dog and pony show for at least one voting cycle. No waiting in long lines for me to vote this year. I have better things to do with my time. I am staying home.

Update: Feel free to use obscenities in other places. But know that vulgar obscenities will get your comment removed here. Repeated violation of this rule will get you banned.

Update2: Some of you accuse me of false equivalency. In the short time since I published this post I have heard of three Republican officials who have been assaulted.

Perhaps Democrat officials are being attacked at a greater rate but I have not yet seen that. Note that this blog is not a defense of Trump in the slightest. But to say that he is the only toxic voice in our political sphere is now to ignore reality. I think an honest introspection from Democrats and progressives would attempt to see how they may have created the type of environment where such attacks are becoming too common. Certainly the recent statements from Clinton, and Booker do not help. I can find more examples these do not convince you that this incivility is not also a problem on the left then I do not know if even a murder of a Republican will do the trick. Nevertheless, I am not going to vote out of office an violence accepting, authoritarian party to replace it with another violence accepting, authoritarian party. You do what you want with your vote. This time I am staying home. 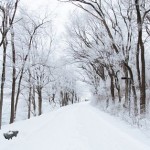 October 16, 2018 I am part of the Exhausted Majority
Recent Comments
247 Comments | Leave a Comment
Browse Our Archives
Related posts from Shattering Paradigms

The Significance of the Fireplace
The Latin word for fireplace is "focus," which is where we get...
view all Evangelical blogs
What Are Your Thoughts?leave a comment