But obviously you clicked anyway. Of course that is what I wanted you to do. I wanted you to click on this link and read this blog. Why would I want to do that? Well that is pretty obvious. Clicks mean attention and in this age of internet advertising that means money.

So how can a blogger get clicks? Well you can play a little trick like I just did. Maybe that works, but the most certain way to get clicks is to post something controversial. And of course controversy usually means that someone will be angered. And if you are able to anger a good section of the audience, then you will get the clicks from your enemies and your friends.

I have seen this dynamic in my own blogging. When I take a controversial stand, one that is certain to anger some of my readers, then I get a lot of clicks. When I do not engage in controversial topics the interest wanes. If I want to critically analyze ideas such as expertise, or having fun with fatherhood, then less attention will be given to my blogs. Those topics are not controversial enough to make people click.

But is this not what we consistently see in our world? How many articles do we see such as “AOC destroys Senator Cruz” or “Pence owns Pelosi”? Those are articles begging to be clicked by those who already support certain political ideals. They show the good guys, from the point of view of the target audience, beating up the bad guys. Our prejudices and fears get fed more and our empathy for others gets starved. We are paying a heavy price for having a society where controversy lead to clicks.

I understand the temptation to go for controversy. If I want to maximize the number of clicks to my blogs then the right strategy for me is to pick a side in our polarized society and then pile on the insults to their opponents. That seems to be approach of FOX, MSNBC and CNN. It is clearly the strategy of a lot of online news organizations. It makes money to be controversial and insulting political opponents is a great way to be controversial.

What can we do about it? Let me be clear that I am not arguing that we eliminate controversial posts. There are issues that have to be brought up that may irritate some people. But that does not mean that we avoid them. When I discuss Christianophobia I know that a certain number of individuals are uncomfortable focusing on the reality of that bigotry. Furthermore, my criticism of President Trump tends to bother his supporters. But both are important topics that cannot be dismissed in an effort to keep the peace.

However, I do argue is that we should do our best to avoid links that clearly are more about being controversial than about shining light on a subject. Any link that has “destroys” or “owns” in the title will go unclicked by me. And sources that generally traffic in that type of pabulum should quickly get the reputation as being unreliable. Good individuals across the political spectrum should shun such sources. There are shady sources on the right and the left as well as solid sources on the right and the left. No matter where your political passion lies, you can find reliable information that supports your opinion without engaging in the low brow practice of going to clickbait to get mad at your political and ideological opponents.

For my part I try to make my arguments useful and attempt to not dehumanize those who disagree with me. That can be hard to do. At times I will fail to be as gracious as I need to be. It is easy to fall into the trap of being ungracious in our approach since doing so gains us so many more eyes for our blogs. But unless we move away from the tendency to gain clicks by putting down others, then those of us creating content are part of the problem as well.

I am naïve, because I think we can do something about the excessive clickbait we see all around us. But if more of us refuse to click on obvious clickbait that rewards our biases then less money will be made by such efforts. Maybe then we can move away from this type of polarization and find ways to have more productive conversations with each other. Of course we are not going to eliminate clickbait. But any reduction in the type of discourse that sets up the “us versus them” dialogue so prevalent in our society cannot help but allow us to regain some of our sanity. And I hope that considering how we may achieve such sanity makes this link worth the click. 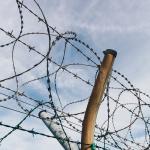 Vocation vs. Slavery
Cranach
Books by This Author Books by George Yancey 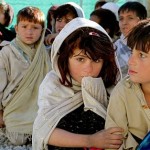 Evangelical
What Humanizes us?
Shattering Paradigms

Evangelical
Why I am not Voting in the Midterm...
Shattering Paradigms
TRENDING AT PATHEOS Evangelical