When will the Shooting Start?

When will the Shooting Start? March 18, 2019 George Yancey

Have you had a chance to see this New York Times article? It concerns the degree of partisan animosity in our society. If you have not seen it then, let me share a few “highlights” from it.

Some 20 percent of Democrats (that translates to 12.6 million voters) and 16 percent of Republicans (or 7.9 million voters) do think on occasion that the country would be better off if large numbers of the opposition died. We’re not finished: “What if the opposing party wins the 2020 presidential election. How much do you feel violence would be justified then?” 18.3 percent of Democrats and 13.8 percent of Republicans said violence would be justified on a scale ranging from “a little” to “a lot.”

There was “significantly more support for partisan violence among strong partisans when told their party was more likely than not to win in 2020.”

And if you think our educated and sophisticated population will save us. Ah No.

As partisan hostility deepens, there is one group that might ordinarily be expected to help pull the electorate out of this morass — the most knowledgeable and sophisticated voters. According to a forthcoming study, however, it is just these voters who display the most uncritical acceptance of party orthodoxy, left or right. On both sides, the best informed voters are by far the most partisan.

To summarize, a significant percentage of our society wants members of the other political party to be gone – by any means necessary. Their desire for violence will rise if their party loses. Of course we are guaranteed that one of the major parties will lose the presidential election in 2020. And those who are most knowledgeable are the most partisan and most likely to buttress potential violence. My religious tradition argues that human depravity is the best way to understand the human situation. When I look at information like this, how could I not believe that this approach is correct?

I did not need this study to see how inept we have become in dealing with our political opponents. Recently Vice President Biden got in trouble from partisans. Not partisans from the right but from the left. His crime: He called Vice President Pence a decent person.

Let me stop some of you right now who are getting ready to make the silly argument of false equivalence. Take a look once again at the survey. Progressives are at least as willing to put their enemies to death as conservatives. We have a bipartisan problem, and it will not be solved if one side steadfastly refuses to acknowledge that they are playing their role in creating this atmosphere of hate. I generally find the false equivalence argument to be more representative of confirmation bias than a legitimate argument. I am especially unimpressed by it when there is survey data that contradicts that argument.

How can we start to move away from this type of toxic political environment? Of course having a President that does not fan the flames of resentment and anger would help. But as much as I would love to put the entire blame on President Trump, this problem predated his rise to power. Somewhere along the way, we forgot that the people on the other side of the political spectrum are human too. Social media has not helped. It becomes easy to use dehumanizing names such as libtard or Rethugican when we are safely typing behind a keyboard. Identity politics on the left and right also helped to create an atmosphere where we only have to be concerned about the fate of people like us. I am certain there are more sources of this type of dehumanization and tolerance of violence that are developing in our society. In time, I hope we can develop the type of research that will allow us to better understand the origin, and possible solutions to this troubling trend.

But I am not going to offer any set solutions in this current blog. More than solutions, I hope to provide a warning. And in providing this warning, hope to motivate more individuals to understand just how bad off we are. People believe that we are sophisticated enough as a society that we will not resort to violence and killing to achieve our political aims. Oh sure in the past we have not always lived up to our goals of non-violence but we have outgrown that version of America right? This is naïve thinking. It only takes a small percentage of the 18.3 percent of Democrats and 13.8 percent of Republicans who think violence is justified if they lose the election to plunge our society into some degree of chaos. And once the shooting starts, where does it end?

Thankfully we are not there yet. But the day where internal political driven domestic terrorism being an expected reality may not be that far away. We have already set up the preconditions necessary for it to occur. We have major political forces that dehumanize outgroup members to such a degree that violence is acceptable. We already see violence conducted at political rallies and have at least one death – in Charlottesville – at such rallies. Would it really be unbelievable to see more such deaths in the near future and to see such violence metastasize into a cancer that spreads throughout society?

We do not have all the answers right now. But we can take some steps away from the cliff. The key is our willingness to dehumanize our political opponents. When we dehumanize others, it becomes all too easy to then justify mistreatment of them. One of the major problems with bigotries such as racism, sexism, homophobia, Islamophobia, Christianophobia and Anti-Semitism is that they create caricatures that deny the humanity of people in certain groups. It sets people in those groups up for mistreatment, and yes even possible violence. We as individuals must work hard to avoid such bigotry.

I hope that it is not controversial to argue that racial, sex and religious bigotry is wrong. But this next step may be controversial. We also have to deal with political bigotry. Such bigotry seems to be the source of our rising acceptance of violence. Of course we can, and should, aggressively fight for our political ideals. But we must remember that there are real people on the other side of the political struggle. We cannot reduce them to our latest political stereotype without consequences to our own humanity. Many of them will not fit into our stereotype and even those that do fit to some degree are more complicated individuals than can be portrayed in the political image we have for them.

Of course many will complain that we should not let go of political bigotry. After all, individuals have made choices about their political ideology in ways that is not true about race and sex. So it is okay to hate them right? When did it become all right to participate in hate? Hate is what leads to the idea that violence is acceptable. Is it better that someone is beaten up for his or her political beliefs than due to his or her race? The acceptance of hate is our enemy. Until we understand that fact, then we are going to continue to work hard to find ways to justify our dehumanization of our out-groups.

Look, there are ideas that I hate. Vile ideas that I will oppose at every opportunity I get. And I understand the temptation to hate those with those ideas. But we have to learn to discern between hating ideas and hating people. We must also come to grips that it is all right to think others to be wrong without also thinking of them as evil. In fact, we have to start to think of others this way if we want to turn around the statistic quoted in the New York Time article.

Let me be clear about this. Taking an attitude that we are not going to traffic in hate is not the ultimate solution. There are too many structural, institutional factors that feed into this cycle of hate leading to dehumanization. But it is a start. It is an awareness that we do have a problem. Perhaps working against our own inclination towards hating others will further motivate us to confront other aspects of our society that feed our desire to do violence to others. If that is the start we need, then I will take it. We have to start somewhere. We cannot risk further drifting towards a society where dehumanizing our political opponents remains the social norm.

On a side note: Last week I decided to become more aggressive in policing my comment section. Provide any argument, strong or weak you want to my thesis. Do not engage in anti-Christian bigotry or unnecessary insults. Those will no longer be tolerated. 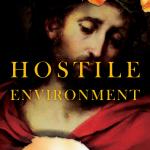 March 12, 2019
Are Christians Just Reacting to Loss of Privilege?
Next Post 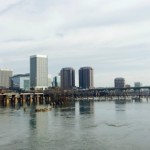 March 28, 2019 Where the SPLC went Wrong
Recent Comments
18 Comments | Leave a Comment
Browse Our Archives
get the latest updates from
Shattering Paradigms
and the Patheos
Evangelical
Channel
POPULAR AT PATHEOS Evangelical
1

Takes and Things
I don't think I can get up to a whole seven takes...
view all Evangelical blogs
What Are Your Thoughts?leave a comment

18 responses to “When will the Shooting Start?”