Identity Politics on the Left and Right

Identity Politics on the Left and Right September 19, 2018 George Yancey

A couple of weeks ago I did a blog on why putting so much energy towards the defense of Kaepernick is a losing strategy. Of course I got pushback which is fine and dandy. I also saw name calling and dehumanizing which is not acceptable. I decided to remove such emails from the comments. I simply do not understand the lack of introspection that comes with thinking that insulting others is the way to win them over to your cause.

About five years ago, this would have mostly been an issue connected to the left side of the political spectrum. But that is no longer the case. Because I am what I could call a “critical political independent” I am not afraid to criticize those on the left and the right in my facebook posts. Naturally I tend to irritate both political liberals and conservatives. Until about two years ago only progressives would defriend me due to my commentary. But that changed with the presidential candidacy of Donald Trump. I became very hostile towards Trump and his candidacy. I could not stand the idea that he might become our president, and my posts reflected my frustration. As a result several of my more conservative friends defriended me as well. They could take my critique of other conservative policies, but attacking Trump seems to be too much for them to accept.

What I think happened is that Trump appealed to a type of white nationalism which in critical ways resembles the identity politics that had been a feature of the left. What Trumpism has done is made it acceptable, in certain social circles to ground one’s vote in being white. Forget the differences of political issues between these different types of identity politics. On both the left and the right we have individuals who have a certain social identity and use that identity to make decisions on politics. In that, identity politics and on the left and the right is the same.

Consider what happens when we connect our politics to our social identity. Critiques of our political positions are not merely objective assessments of our political ideas. They are attacks on who we think we are. Attempts at dispassionate analysis of political opinions based on identity politics are seen as cruel and insulting. This makes it very hard to debate issues connected to identity politics since we are not merely dealing with issues of logic and rationality but also of emotional and passionate connection to what people consider part of their identity.

Look at how individuals rooted in social identity approach political debates. To avoid hearing political viewpoints that may threaten their social identity, individuals develop ways to shut down debate. Those who debate points that threaten that identity may be called part of the “swamp” or racist. Those who threaten social identity cannot be seen as completely human. They are either bigots or snowflakes. We know that in war it becomes easier to kill the enemy when those individuals are dehumanized. This type of dehumanization suggests that those relying on identity politics, on the left and the right, are engaging in a mentality that is not unlike the mentality of soldiers who are in war.

Does that scare you? I hope it does. It scares me. It scares me, in a culture where I want to raise my three boys to make a difference, that they may have to navigate in such a polarized and toxic culture. Can we move away from this type of polarizing identity politics from both sides of the political spectrum and create a politics that finds solutions? I believe we only can if we stop focusing on using conflict to force capitulation and instead focus on finding lasting solutions. But protection of our identity generally demands such capitulation.

My orientation as it concerns political issues is to find useful solutions more than adhere to socially constructed political ideologies. Perhaps that is one of the reasons why I am neither a consistent liberal nor conservative. If I felt that identity politics would lead to useable solutions, then I would be doing all I could in order to facilitate more of such politics. But instead I see identity politics as a barrier to lasting solutions and a force to insure more polarization in our already divided society.

I have written about active listening as it pertains to dealing with racial alienation in our society. I have also thought about whether such listening could be useful in helping us to deal with the cultural and political divide in our society as well. Identity politics get in the way of our ability to use active listening to find consensus in our society. Identity politics prevent us from hearing the perspectives of others since their critiques of our positions are more personal and cut to the core of our identity needs. If somehow we could move past anchoring our politics to meeting needs tied to our social identity, then perhaps we could work together rather than against each other.

But I am skeptical about whether we will be able to do that. I fear that the sort of blowback I received with my blog on Kaepernick is going to become more common in our society rather than less common. The reflective defense of Kaepernick, or Trump for that matter, is indicative of the unwillingness of individuals to engage with those with whom they disagree. When our identity is at stake it is much easier to just demonize those with whom we disagree rather than work towards solutions. The emergence of identity politics on the right is not making our politics better by arming conservatives with the same weapons that the left has used. It has made our politics worse by reducing our ability to communicate with each other.

Is there anything we as individuals can do to dial down the temperature created by the imposition of identity politics on the left and right? We can try to engage in some introspection about how we create our political values and how deeply those values are tied to our social identity. If we conclude that those values are deeply tied to our social identity, then we can decide if we are willing to re-evaluate how we conceptualize political issues. Can we take a step back and realize that some of our passion about the issue is not tied to a cognitive evaluation of that issue but to dearly important social psychological needs? Can we acknowledge that perhaps we have not been open to the possibility that we are wrong rather than demonize our political opponents? Can we work towards an environment where political dialog with people with whom we disagree becomes possible?

As I think about my social identity, I realize that my faith is the most central part of that identity. This means that I have to be extra careful on political issues connected to my faith. I have to make sure that what I politically ask for Christians, that I am willing to give to those of other faiths and non-faiths. I must look to defend the rights of non-Christians to make sure that my focus is not merely upon helping “my people” get their due. I think this may be one of the reasons why I have blogged about religious freedom for Muslims as well as Christians. Intentionally making sure we go beyond our own group is going to be important if we are to make sure that our social identity does not blind us to the concerns of others.

Beyond working on ourselves, I am not sure where we as a society can go from here. The genie is out of the bottle and identity politics is here to stay for the foreseeable future. But perhaps having some awareness about how it plays itself out among our political allies will help us to be more careful about not allowing them to get carried away with this tool. Perhaps but I am not optimistic about that. 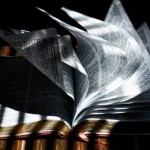 September 11, 2018
Where does the Threat to Academic Freedom Come From?
Next Post

September 29, 2018 Robert Jeffress Does not Speak for Me.
Recent Comments
120 Comments | Leave a Comment
Browse Our Archives
get the latest from
Shattering Paradigms
Sign up for our newsletter
POPULAR AT PATHEOS Evangelical
1

Steven Furtick is the Most Dangerous...
The Chorus In The Chaos
Books by This Author Books by George Yancey

Ranking Schools Based On Reputation, Not Education
All cultures, including the US, care about honor or status. This post...
view all Evangelical blogs
What Are Your Thoughts?leave a comment

120 responses to “Identity Politics on the Left and Right”