Where does the Threat to Academic Freedom Come From?

When I studied anti-Christian sentiment, there were some common stereotypes that kept reemerging from those with that sort of hatred. One of those stereotypes was that Christians are anti-science. Some of this stereotype is grounded in the resistance of many conservative Christians to evolution. However, my respondents also showed concern about Christians who resisted the use of stem-cells in research and who inaccurately argued that America was founded as a Christian nation.

I am very familiar with the anti-intellectual strain within Christian circles. I remember in graduate school having to address Christians who thought that the social sciences were of the Devil. And they thought that those in the hard sciences were only a little better than us social scientists. So I am not going to deny the fact that some Christians do not have an appreciation of science and tend to dismiss the scientific findings they do not like. In fact, I will affirm that, unfortunately, this is true.

But for me the real problem of this stereotype is that it seems to assume that Christians are the only ones who dismiss scientific findings they do not like. I have repeatedly seen that this is not the case. You may or may not have heard of the story at Brown University. A paper questioned whether an increase of gender dysphoria among the youth may be impacted by social media. This hypothesis would suggest that not all with gender dysphoria suffer due to their own innate propensities. Due to the backlash of LGBT groups, the journal that published the work – PLOU One – and the researcher’s own university – Brown University – began to reject the research. They pointed out concerns about how the results of the research may negatively impact the trans community. Lisa Littman, the researcher has every reason to feel that she was being thrown under the bus.

The events at Brown and PLOS One did not surprise me. I saw a similar situation occur a few years back when Mark Regnerus did a national probability study addressing same-sex parenting. Contrary to the other research on the subject, he found that same-sex parenting could be correlated to potential negative outcomes. As a result of pressure from LGBT groups, the peer review of the article was audited and attempts were made to have the article removed from the journal. It was once again an attempt to smother science and I let my displeasure of these circumstances be known.

Let me make something clear about both of these situations. I am not opposing criticism of either research. In fact, I have not read Dr. Littman’s work, and for all I know it may be garbage. I do know that Dr. Regnerus’s work is a natural progression of moving from convenience samples to national probability work, and many of the attacks upon it were quite hypocritical. But his work is not, and should not be, the last word on the subject. Science, when done correctly, moves us closer to truth but never quite gets there. Criticism is part of how we learn from previous academic efforts and move on to do better work.

My problem is with the attempts to remove research from being considered due to nonempirical reasons. Efforts to squash research because certain communities are offended is not how science is supposed to be done. In theory science is supposed to be dispassionate about results, and attempts to make sure that results fit a certain political narrative are anti-science. Because of the actions from LGBT activists, I have personally come to the conclusion that research on sexuality issues cannot be trusted. I tend to assume, rightly or wrongly, that the results have been predetermined due to political bias.

So it is not just Christians who oppose science when results do not fit their desires. I am not even saying that it is only Christians or the LGBT community that acts in such ways. I believe that any who hold strongly to certain beliefs are vulnerable to developing attitudes that are anti-science. Is it possible that Christians are more anti-scientific than others? Certainly. But to the best of my knowledge, I have not seen a study that fairly tested this possibility. Most of the research I have seen only tests the presuppositions of Christians and that is not very convincing.

But let us move away from the question of who might be more anti-science and instead look at who has the greater impact on science. Let us suppose that Dr. Littman’s research was not opposed by the LGBT community but by Christians. Let us say that the hypothesis was that people become Christians because they were indoctrinated, or even brainwashed, when they were children. Let us also say that because of her controversial work that Christian communities were putting pressure on Brown University and PLOS One to disavow that research. Let me see a show of hands from those who think that either the journal or the university would cave to those pressures.

If you put your hand up, then you really lack a knowledge of who has power in academia (hint: it is not the Christians). I cannot see any secular university failing to protect their professors from the complaints of Christians. In fact, they would probably see dismissing the concerns of the “narrow-minded” Christians as a badge of honor. Indeed, I see the promotion of badly conceived theories such as Right Wing Authoritarianism in scholarly work despite their biased measurements (I critiqued this theory in a previous book) as evidence that scholars are not afraid of Christians. This indicates that Christians with an anti-intellectual outlook do not have nearly the power of those in the LGBT community with an anti-intellectual outlook to impact the results of scientific work.

The best anti-science Christians can do is reduce the governmental resources academics can receive through political activism. That is not something to ignore and indeed we should be concerned with the decreasing confidence political conservatives have with the institutions of higher education. But I believe that internal pressures are more important than external ones. Christians do not have the ability to provide internal pressure within academia. At best they impact academia from without. The real power is tied to groups that academics are afraid to offend and that does not include Christians.

The anti-scientific attitudes of Christians is a problem. But it is not the biggest problem as it concerns the shaping of scientific work. If we are going to prioritize the protection of the values important to promote science, then Christians are not the group we should be concerned about. Anti-intellectualism is a problem no matter where we find it. But the attention to it in the Christian community is misplaced if our concern is protection of academic freedom. I argue that this inappropriate attention to Christian anti-intellectualism is due to anti-religious or anti-Christian attitudes more than actual threat to science. Those in the sciences need to address the real threats if we want to make sure that scholars are free to pursue the academic questions they deem to be important.

Addendum: Since I wrote this piece another case of scientific expression, even more egregious, has been unearthed. Rather than rework this article I will simply leave it up to the reader to connect my argument to this new case. 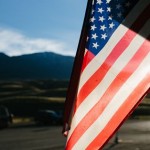 September 4, 2018
Is the Fight for Kaepernick Worth It?
Next Post

Evangelical
They Did It, So We Can Too.
Shattering Paradigms

2 responses to “Where does the Threat to Academic Freedom Come From?”